Sanjeev Kulkarni, professor of electrical engineering, and Alexander Smits, professor and chair of mechanical and aerospace engineering, were selected to receive the University’s highest teaching award by a committee of faculty, undergraduate and graduate students and academic administrators. The committee considered nominations by current students, faculty colleagues and alumni. The additional winners were Kenneth Norman, assistant professor of psychology, and Eric Gregory, assistant professor of religion.

The president’s teaching awards were established in 1991 through gifts by Princeton alumni Lloyd Cotsen ’50 and John Sherrerd ’52 to recognize excellence in undergraduate and graduate teaching by Princeton faculty members. Each winner receives a cash prize of $5,000, and his or her department receives $3,000 for the purchase of new books. 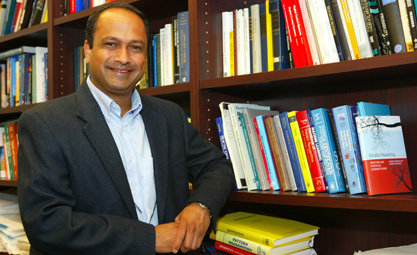 Kulkarni joined Princeton’s electrical engineering faculty in 1991. He took on the additional role of serving as master of Butler College in 2004. The care he takes with individual students in both positions was cited by those nominating him for the honor. He has received several previous teaching awards from his department, the Engineering Council and the engineering school, including some for his course, “Introduction to Electrical Signals and Systems.”

“Every one of Professor Kulkarni’s lectures was concise and organized, and his command of the subject material was impeccable; the ‘textbook’ for the semester was his typed course notes, which were more helpful for me than most of the published textbooks I have used in other classes,” wrote one student who took the class. With Gilbert Harman from the philosophy department, Kulkarni also developed a text for another course, “Learning Theory and Epistemology,” which they have taught six times. That book, “Reliable Reasoning: Induction and Statistical Learning Theory,” was published in May by MIT Press.

In their nomination letters for the teaching award, other students spoke to Kulkarni’s role as a mentor. Over the past 16 years, he has supervised the independent work of more than 80 students — almost double the department average. He also works with a number of graduate students who serve as teaching assistants for his signals and systems class.

“One might have thought that a carefully worked out syllabus could be taught by ‘autopilot.’ Not with Professor Kulkarni: He does not stop tinkering with lecture notes, homework assignments and lab sessions, always looking at innovative ways to improve their clarity, complementation and motivation,” wrote one graduate student. “His passion for teaching is inspiring and contagious. My fellow teaching assistants and I have aspired to improve our own teaching style, deriving increasing satisfaction in trying to provide students with the same high quality of teaching as his.”

Both in the classroom and in the residential college, students marveled at Kulkarni’s ability to remember not only students’ names but details about their lives. An alumna, who invited Kulkarni to lunch one day, recalled that it was “almost like eating with a celebrity, with so many of his former students coming up to say hello, or waving from a nearby table. He would respond using their name and asking about some particular aspect of what they were involved with, then would often tell me something about that person, how he or she was a student from last year and a great musician in the orchestra, for example. I realized how deeply involved Sanj is in students’ lives.” 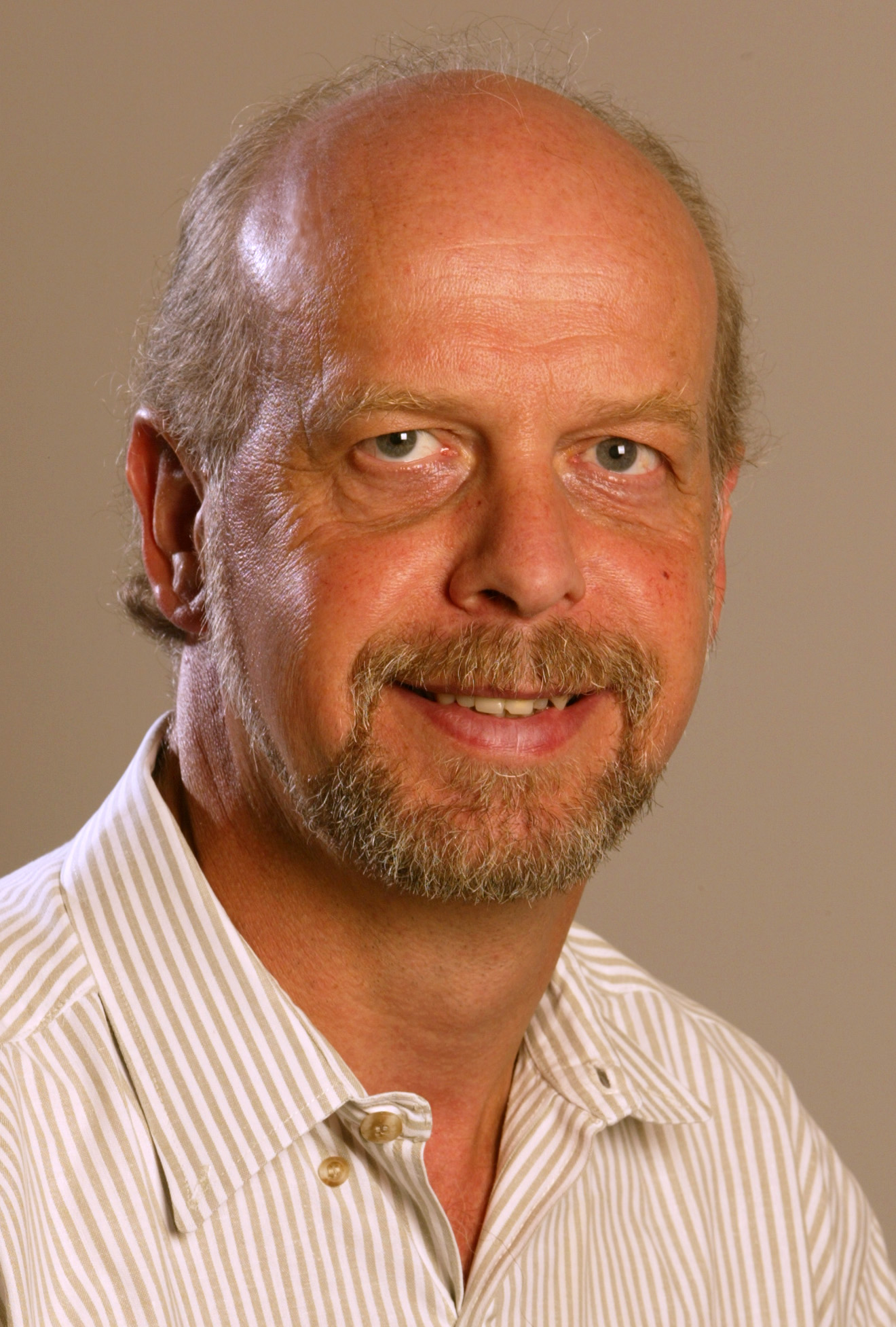 Smits, who joined the mechanical and aerospace engineering faculty in 1981, has taught many undergraduate and graduate classes, but most frequently has led “Mechanics of Fluids,” a demanding, required sophomore course. He has written “A Physical Introduction to Fluid Mechanics” as a textbook for the course, and has won several awards from the Engineering Council for his work with the class.

“His way of describing fluid mechanics concepts was both crystal clear and precise,” wrote one student. “He has a gift for drawing useful diagrams and pictures on the board, and creating practice problems that make sense. His book was also great, useful both as a first-time introduction as well as a handy reference for other courses.”

Another former student added, “His lectures were grounded in practical experience; he could always take complex ideas and mathematics, and break them down into their individual components to provide substantive physical meaning. He is a catalyst for intellectual growth.”

Smits, who served as chair of mechanical and aerospace engineering from 1998 to 2004, worked to implement a new graduate general examination process in the department intended to relieve unnecessary stress on students, reduce the time to graduation for MSE and Ph.D. candidates and provide for more flexibility in class scheduling. He has supervised 27 Ph.D. and 21 MSE students and 14 postdoctoral researchers, who now participate in leading academic and industrial research groups around the world.

“Working in the Smits group was an inspirational experience,” wrote one former graduate student. “He affords his students a great freedom to explore fluid mechanics and begin to understand the research process, while sharing his extensive experience in a way that helps one pull the pieces of the field together. The breadth of my final thesis area both enhanced my doctoral experience and stands me in good stead as I continue to work in academia and develop my own research program.”

Cinlar received his Ph.D. in industrial engineering and mathematics from the University of Michigan. He joined the University faculty in 1985 and in 1999 served as the founding chair of the Department of Operations Research and Financial Engineering, the first department of its kind in the world. His “Introduction to Stochastic Processes” textbook, published in 1975, represented a true paradigm shift in how stochastic processes are taught and has since become the standard text in its field.

In nominating Cinlar, a former student now pursuing her Ph.D. at Harvard University said, “It is said that the best teachers make a lasting impact on their students’ lives, and it is clear to me that my relationship with Prof. Cinlar has done just that, altering my trajectory from one that would have landed me on Wall Street to one that has led me to pursue a doctorate and discover my love of research.”

Zschau graduated from Princeton in 1961 with a degree in philosophy and went on to earn both a Ph.D. and an MBA from Stanford University. Before joining the University faculty in 1997, Zschau was a professor at the Stanford Graduate School of Business and at Harvard Business School and also represented the Silicon Valley area in the U.S. House of Representatives for two terms in the 1980s.

A serial entrepreneur himself, Prof. Zschau has an incredibly consistent and unparalleled teaching record for his course in High Tech Entrepreneurship, which has been oversubscribed every semester that it has been offered and has launched several student companies after graduation. He is a five-time winner of the Engineering Council Teaching Award.

Three junior faculty members also were recognized for their teaching and research accomplishments:

Jason Fleischer, assistant professor of electrical engineering, received the Lawrence Keys Jr./Emerson Electric Co. Faculty Advancement Award. He earned his Ph.D. in physics from the University of California-San Diego in 1999 and worked as a postdoctoral researcher at the Technion-Israel Institute of Technology in Haifa, Israel, before joining the University faculty in 2004. His pioneering work on an optical induction technique for creating nonlinear waveguide arrays appeared in Nature and has now crossed disciplines and become a widely-cited reference in the solid-state, condensed matter and nonlinear optics communities.

Maria Pino Martin, assistant professor of mechanical and aerospace engineering, received the Alfred Rheinstein ’11 Award. She joined the Princeton faculty in 2001, two years after completing her Ph.D. in aerospace engineering at the University of Minnesota. Her research extends the basic understanding of turbulent compressible flows in non-equilibrium systems and develops predictive computational capabilities for their simulation. Martin has previously been recognized for her research with a National Science Foundation Career award and two Princeton University Research Board awards.

Mikko Haataja, assistant professor of mechanical and aerospace engineering, won the Howard B. Wentz Award. After earning his Ph.D. in theoretical condensed matter physics from McGill University, he was a postdoctoral researcher at Princeton from 2001 to 2003 and joined the University faculty in 2004. His research in materials science involves both theory and simulation and his work in the emerging field of evolving microstructures provides an important link between the engineering school and colleagues in biophysics, as well as the greater Princeton materials community. He previously won a National Science Foundation Career award and is one of the few professors at any rank who have won Engineering Council Teaching Awards two semesters in a row.