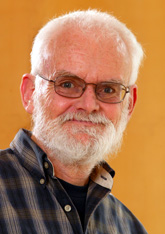 When faced with a decision, does the brain go for speed, or accuracy-or some combination of the two?

It depends on the situation, but in simple cases an optimal combination can be found. Philip Holmes, professor of mechanical and aerospace engineering and applied mathematics, is working as part of the Princeton Neuroscience Institute to study this and similar questions. The work could ultimately advance the diagnosis and treatment of a host of psychological problems, including schizophrenia and attention deficit disorder.

“Phil’s work is helping to establish a fundamental understanding of how the brain works,” said Jonathan Cohen, the Eugene Higgins Professor of Psychology and co-director of the neuroscience institute. “Once we know how it works, we’ll be able to come up with ways to fix it when things go awry.”

The work is part of a National Institutes of Health-funded project to study simple decision-making tasks (e.g., is a circle of dots moving clockwise or counterclockwise?) to learn more about higher order processes, such as moral reasoning, Cohen said.

Holmes works closely with neuroscientists to articulate theories and build computer models based on existing neural and behavioral evidence. These are then used to make new predictions and design future experiments, which provide feedback to confirm or refine the hypotheses.

“We’re putting together the pieces,” Holmes said. “A deeper understanding of how nerve impulses are turned into behaviors will eventually lead to more effective treatments. They may even help us budget our time better!”