Despite a January freeze in California responsible for $1 billion in lost orange crops, a team of Princeton students has managed to earn more than $1 trillion in the orange juice business this year.

The student team, Jin & Juice, made their record-breaking profit during a competition unique to Princeton known as the “Orange Bowl.”

The team’s profit-and their orange juice- are, alas, theoretical. But the experience they gained is not, according to Warren Powell *77, who teaches ORF 411, a capstone course of the Department of Operations Research and Financial Engineering that culminates in the Orange Bowl. While operations research and financial engineering tools are often applied to industry and finance, they can be deployed to manage risks in a wide range of fields, from identifying promising energy strategies to managing blood banks efficiently. 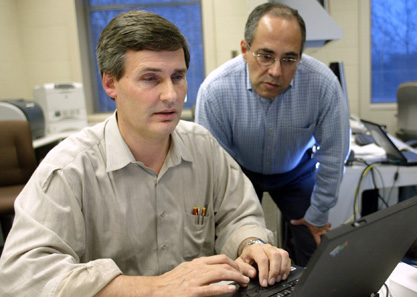 Each fall, Powell begins the semester by dividing his students into teams of four or five and telling them to professionally manage a mom-and-pop orange-juice business. Each team starts with the same ten years’ worth of historical data about a fictional company, laid out in 600 cells on a set of Excel spreadsheets.

Week by week, teams must strategize on how to respond to random events in a computerized competition that simulates real life: orange groves freeze; manufacturing plants fail; stored fruit rots; demand fluctuates. One question is where to procure the oranges. While Florida oranges are by far the cheapest, they constitute the riskiest supply because of vicissitudes of the weather; an ill-timed snowstorm or hurricane can devastate a company. 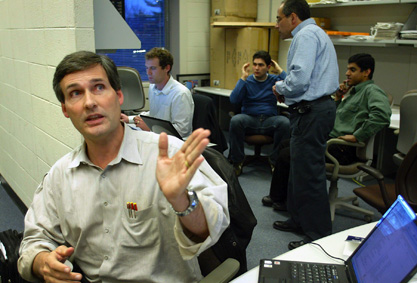 “It’s a big, messy problem,” said Powell. The teams do their best to optimize price to maximize profit while grappling with realworld struggles such as personality conflicts and ethical dilemmas.

“Much of the challenge for the teams is how to carve up responsibilities for who does what,” said Powell. The most recent ORF 411, which ended in January, was no different. 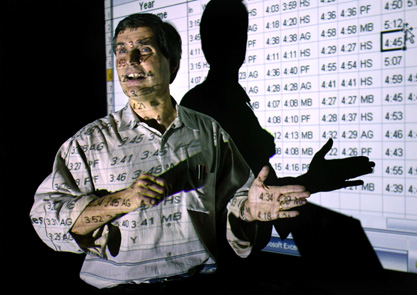 While his fellow Jin & Juice team members tackled other logistics, Ben Deloache, a computer science major, bore into building a computer simulator coded in Java that he hoped would serve as a sort of crystal ball for pricing strategies. By his own account, he made little progress for weeks. “My team let me work on the Java simulator even though they had to do all the rest of the work,” said Deloache. “I felt like I was dead weight.”

Then Deloache had what he calls a lucky insight: He found a bug in the Orange Bowl system that would allow the team in certain circumstances to sell an infinite amount of orange juice, no matter how high the price-“even if we set a price of a hundred bajillion million,” according to Deloache. 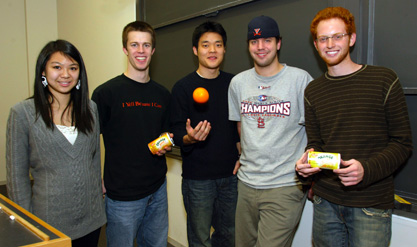 Thrilled, he emailed his team the news. “Ingenious,” replied Adam Epstein, the team’s leader. But he and other team members vigorously debated by e-mail whether it would be ethical to act on this knowledge. They collectively decided to ask Powell’s permission. Powell’s answer: No.

“Ben howled in protest,” recalled Powell. Deloache told Powell that he had discovered the logic glitch only after having written 2,000 lines of Java code and devoting countless hours to checking it. Powell changed his mind. “It’s not like they were cooking the books,” he said. “The cat-andmouse game of second-guessing someone else’s logic is not much different from what happens on Wall Street.” 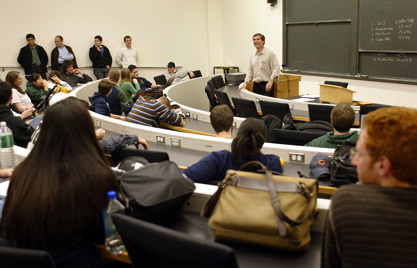 To temper Jin & Juice’s profits, however, Powell placed a price cap of $4 for each unit of orange juice. Even with the green light from Powell, the Jin & Juice team still wasn’t certain the strategy would work. Epstein advised trying it out in one region first and then slowly expanding the strategy, which is what the team decided to do. On the final day of the competition-during which 11 weeks of business decisions were collapsed into 24 hours-the team topped $1 trillion in profits, beating by tenfold the previous record Orange Bowl yield.

Deloache, who is going to work for McKinsey & Company in Silicon Valley after graduation, said the Orange Bowl fueled his interest in entrepreneurship. “Eventually I would like to start my own company,” he said.

Powell said the Orange Bowl bug that Jin & Juice discovered will be fixed before ORF 411 begins again in the fall but that the bug itself was a learning experience for the whole class. “In the real world of operations research and financial engineering, hard problems are always solved by teams, and sticky issues like this come up,” he said. “I want students to know that team dynamics and leadership are crucial.” 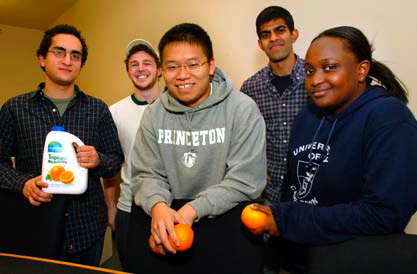 Deloache wishes next year’s competitors the best of luck. “There is still one other bug I found that people could exploit like this,” he said. “But I am keeping it a secret.”