James West, co-inventor of the modern-day microphone, will give the keynote address Feb. 9 at a leadership conference sponsored by the Princeton chapter of the National Society of Black Engineers. West’s talk, which is free and open to the public, will be in the Friend Center Auditorium and will begin at 9:40 a.m. 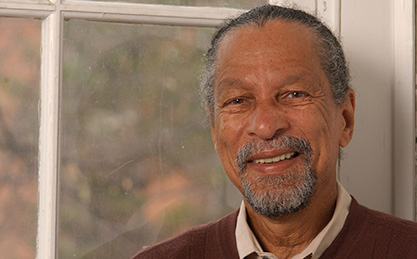 West, who holds more than 250 patents, has been awarded a National Medal of Technology and inducted into the National Inventors Hall of Fame. While at Bell Laboratories in the early 1970s, he and other African-American scientists created graduate fellowship programs and undergraduate summer research programs for under-represented minorities. These programs had far-reaching influence and underwrote the Ph.D. educations of nearly 200 minority scientists and engineers in the United States.

Nii Attoh-Okine, a visiting professor from the University of Delaware, also will be a keynote speaker. Other highlights include a poster session, a career fair, alumni networking opportunities, and a presentation on applying to graduate school by Stephen Friedfeld, associate dean of graduate affairs at the School of Engineering and Applied Science. West’s talk, which will be introduced by Dean of Engineering H. Vincent Poor, is open to the public. The rest of the conference is free to registered members of NSBE and is open to graduate students, undergraduates, and high school students in the New Jersey area.

“We want to offer tools and resources to college students and to expose them to the wide range of career opportunities in engineering,” said Rochelle Murray, past president of the Princeton University chapter of NSBE. “We also want to reach out to high schoolers so that they can talk to college students and understand what engineering is all about.”