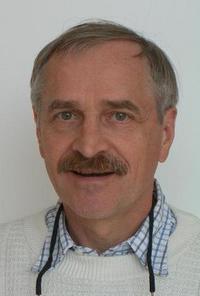 Eric Wood, a Princeton professor of civil and environmental engineering, has been awarded the 2010 Jule G. Charney Award from the American Meteorological Society.

The award is the highest honor given to hydrologists (scientists who study the movement of water in landscapes) by the AMS and recognizes highly significant research or developments in the atmospheric or hydrologic sciences. In announcing that Wood had been chosen to receive the award the society cited his “pioneering contributions to understanding the role of land surface heterogeneity in the coupled water and energy balance of the Earth surface.”

Wood received his doctorate in civil engineering from Massachusetts Institute of Technology in 1974 and joined the Princeton Engineering faculty in 1976. His research focuses on hydroclimatology, the study of the interactions between climate and the water cycle. He has particular interests in the interactions between the land and the atmosphere, the study of the earth’s surface with satellites and seasonal forecasts of hydrological climate.