Two influential faculty members of the School of Engineering and Applied Science were transferred to emeritus status in recent action by the Board of Trustees. 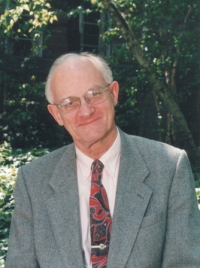 Billington joined the Princeton faculty in 1960. His courses combining the study of engineering with an exploration of aesthetic and social values — including “Structures and the Urban Environment” and “Engineering in the Modern World” — have been some of the most popular among engineering and non-engineering students for decades.

Billington earned his BSE from Princeton in 1950 and the spent the following two years in Belgium on a Fulbright Fellowship, studying postwar engineering innovations. Upon returning to the United States, he worked as a structural designer of bridges and buildings for Roberts & Schaefer Co. in New York from 1952 to 1960.

His research at Princeton has focused on the engineering of large structures, including the design and rehabilitation of bridges, thin shell concrete structures, tall buildings and concrete dams, often with an emphasis on the intersection of efficiency and beauty in structural design and the transformative influence engineers have had on American society.

He served as director of Princeton’s Program on Architecture and Engineering from 1990 to 2008 and was named the first Gordon Y.S. Wu Professor of Engineering in 1996.

“Professor Billington has made tremendous contributions to the Department of Civil and Environmental Engineering, to the School of Engineering and Applied Science, and to the entire university,” said H. Vincent Poor, the dean of the engineering school. “He has been a true innovator in engineering education, developing courses that are models for the teaching of engineering, both to engineering students and to more general audiences, across the country. Moreover, his deep scholarship on the role of engineering in society has inspired countless students and colleagues throughout his decades at Princeton.”

Billington has earned numerous honors for his scholarship and teaching, including three Engineering Council awards, the President’s Distinguished Teaching Award and the National Science Foundation Director’s Award for Distinguished Teaching Scholars. He was elected to the National Academy of Engineering in 1986 and is a fellow of the American Academy of Arts and Sciences.

His books include: “The Art of Structural Design: A Swiss Legacy”; “Power, Speed and Form: Engineers and the Making of the 20th Century,” with his son, David P. Billington Jr.; “Big Dams of the New Deal Era: A Confluence of Engineering and Politics,” with Donald C. Jackson; and “Felix Candela: Engineer, Builder, Structural Artist,” with Maria Garlock, a colleague in civil and environmental engineering.

He received honorary doctorates in human letters from Union College, in science from Grinnell College, and in engineering from the University of Notre Dame. 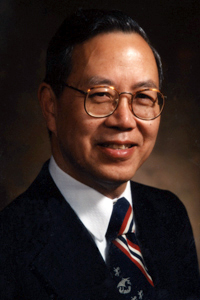 Wei, who will become the Pomeroy and Betty Perry Smith Professor in Engineering Emeritus and professor of chemical engineering emeritus, served as dean of the School of Engineering and Applied Science for 11 years.

“Professor Wei’s influence on Princeton, and notably on the School of Engineering and Applied Science, has been profound,” Poor said. “During his time as dean, he did an enormous amount to raise the profile of the school within the University and beyond. His vision of ‘engineering as a liberal art’ has become a defining characteristic of the school and has provided a model for many of our peer institutions as well.”

Poor noted that Wei helped secure a $100 million gift to the University from Sir Gordon Wu, a Princeton engineering alumnus, and oversaw the opening of the Friend Center, which serves in part as a bridge between engineering and the rest of campus.

Wei is a graduate of the Georgia Institute of Technology and earned his doctorate from the Massachusetts Institute of Technology. After working for 15 years for Mobil Oil Research, he joined the faculty at the University of Delaware from 1971 to 1977. He was department head of chemical engineering at MIT from 1977 until 1991, when he was appointed dean of Princeton’s engineering school.

When Wei stepped down as dean in 2002, President Tilghman lauded him for bringing a “new level of excellence” to engineering at Princeton. Since then, he has continued teaching freshman seminars and classes on chemical reaction engineering.

His research focused on chemical kinetics, catalysis, the conversion of raw materials to useful products and fuels, and chemotherapy of cancer. He has served on a number of government panels as an expert on the environmental impact of the chemical industry.

He is a member of the National Academy of Engineering and the American Academy of Arts and Sciences. He was president of the American Institute of Chemical Engineers and served as editor-in-chief of Advances in Chemical Engineering, a journal devoted to informing a general audience of major developments taking place in the field. He is the author of the books “The Structure of Chemical Processing Industries” and “Product Engineering: Molecular Structure and Properties.”