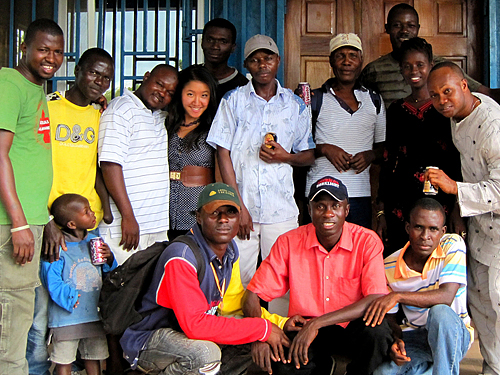 After graduating from Princeton University last spring, Katie Hsih went looking for problems to solve. She found plenty in the Republic of Sierra Leone.

Since September, Hsih has lived in a war-torn region of the African nation, working for a nonprofit organization that serves people with few options for health care and basic education.

“My experience is constantly reminding me about how much need there is in the world,” Hsih said. “People in many countries and communities are living without running water or electricity, bathing in streams filled with tropical disease and losing their children to diseases that are easily treated in developed nations.” 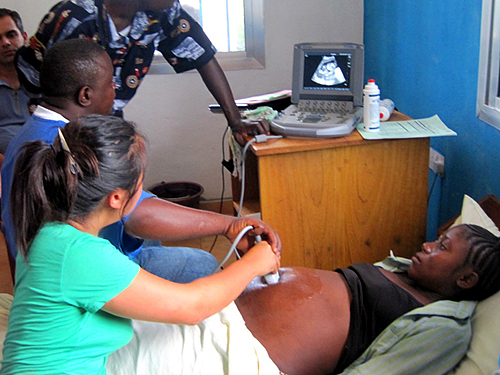 The medical clinic where Hsih works was established in 2006 in the country’s war-ravaged Kono District, and is run by the U.S.-based Global Action Foundation and Sierra Leone-based National Organization for Welbody.

The nonprofit organizations were founded by 2003 Princeton graduate, Dr. Dan Kelly, and Sierra Leone physician, Dr. Bailor Barrie. They support the clinic in providing medical services and health education to residents of Kono, a diamond-mining region once at the brutal epicenter of the country’s decadelong civil war.

During the war, rebel soldiers severed the limbs of civilians as a form of intimidation, leaving many amputees in a region with few medical facilities to offer longterm care. Originally focused on treating amputees, the clinic has since expanded its role to serve the entire community.

Last summer, a nonprofit called Energy for Opportunity installed an array of solar panels to provide electricity for the clinic. Nizette Edwards, a Princeton chemical and biological engineering senior, helped install the panels as part of an internship arranged through Princeton’s Keller Center and International Internship Program (IIP). She said the clinic and the solar energy system served as crucial resources for the impoverished community.

“The clinic and the solar array provide more than just health care and energy,” Edwards said. “They also provide opportunities for jobs, improved livelihoods and enhanced security to people who truly need it.”

Hsih first worked at the clinic during the summer between her junior and senior years at Princeton, as part of a 10-week internship arranged by IIP and the Program in Global Health and Health Policy. She returned in September under a yearlong ReachOut 56-81 International Fellowship, a partnership between the Princeton classes of 1956 and 1981 to fund public service projects by graduating seniors.

Fatu Conteh, a Sierra Leone native who graduated from Princeton in 2010, also received a ReachOut 56-81 fellowship and works for the same organization as Hsih, focusing on education programs to prevent teenage pregnancy in the Kono community.

Hsih, who majored in operations research and financial engineering, said the clinic and other programs run by the organization are growing rapidly, and that her engineering education has helped her manage the complex day-to-day operation of the various projects and conduct health studies in the community. 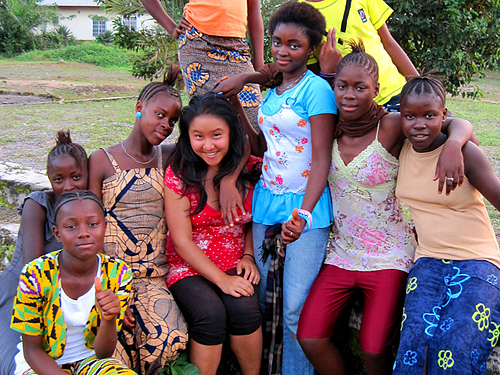 Her projects include training teenage girls to become peer educators in sexual health at local schools, organizing community health workers to provide HIV patients with home-based medical care and reorganizing the clinic’s recordkeeping system, including creating a computer database to store medical records electronically. She also is taking the lead in developing an internal communications strategy for the rapidly growing organization.

“My engineering background has shaped the way that I think, and shapes my decision-making skills, which is crucial regardless of the work being done,” Hsih said.

She plans to eventually attend medical school, but hopes to continue helping the people of Sierra Leone as she pursues her career in medicine.

“I wanted to become involved in global health work to understand why so many countries around the world lack adequate basic health care and what can be done to improve the situation,” she said. “It is a constant learning process and I still do not have these answers. But each day teaches me more about how I can contribute to that world.”