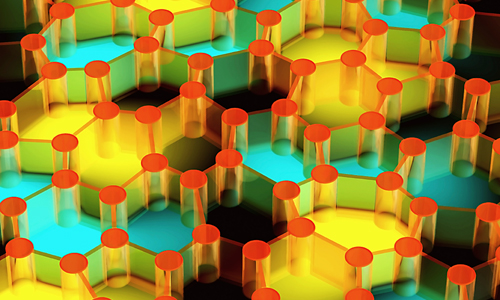 The University’s fifth “Art of Science” competition will open at a wine-and-cheese reception November 11 from 4:30 to 6:30 p.m. in the Friend Center, where images selected from the competition will remain on display for a year. The event is free and open to the public.

The theme for 2011 is “intelligent design.” More information can be found at the Art of Science website.

“In recent years, the phrase ‘intelligent design’ has taken on a polarizing meaning,” said Art of Science co-organizer Andrew Zwicker, who is the head of Science Education at the Princeton Plasma Physics Laboratory (PPPL) and a lecturer in the Princeton Writing Program. “But in the broadest sense, beautiful objects, both natural and the manufactured, have an intelligence to their form, their function, and thus, their design.”

Zwicker said that the term “intelligent design” encompasses a wide range of potential images: a field rabbit regulating its body temperature through its posture; a simulation of the birth of a galaxy; an electron micrograph of a computer chip created with novel materials.

“We are seeking images that capture the exquisite harmony of such systems,” said Art of Science co-organizer Adam Finkelstein, professor of computer science and a co-organizer of the competition.

“Regardless of the field of science or the mechanism that created it, this year’s competition comes from a desire to reframe the phrase ‘intelligent design’ in celebration of the idea that both nature and the rearranging of the natural world have inherent beauty.”

The organizers are soliciting images made in the course of scientific research that have aesthetic value. This “found art” might include photographs from a microscope or a telescope; photographs taken for purposes of field research; images generated by computer simulations; 3D renderings of data sets; and data plots. It also may include photographs of physical objects related to science, such as a piece of equipment.

Entries should be scientific images created during an actual research project, rather than art that is inspired by science.

Cash prizes will be given to the top three winners of the competition: $250 for first place, $154.51 for second; and $95.49 for third. These amounts are derived according to the golden ratio, a mathematical proportion that has been found in aesthetically pleasing designs, from seashells to ancient Greek temples.

Sponsors of the competition are David A. Gardner ’69 Fund in the Humanities Council, the School of Engineering and Applied Science, PPPL, PICSciE, the Lewis Center for the Arts, and the Office of the Dean for Research.

The awards will be announced at an opening reception November 11 in the Friend Center, where images selected from the competition will remain on display for a year. Images selected for the Art of Science 2011 show also will be featured in an online gallery.

For media inquiries about the Art of Science 2011 competition, contact Teresa Riordan, triordan@princeton.edu.