The American Association for the Advancement of Science has named three faculty members of the School of Engineering and Applied Science as fellows, an honor bestowed for distinguished work in advancing science or its applications.

The AAAS is the world’s largest general scientific society and publisher of the journal Science. 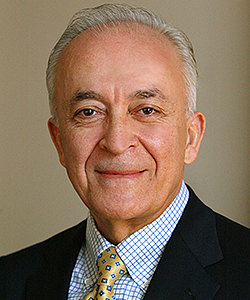 Ilhan Aksay, a professor of chemical and biological engineering, was recognized for “contributions to the fundamentals of materials processing and transfer of new technologies to industry.” His research has focused on a wide range of material processing science, from ceramic matrix composites to self-assembled materials. Along with his colleague, Robert Prud’homme, Aksay developed the thermal expansion of graphite oxide process that led to the large-scale production of graphene, a form of carbon widely used in scientific research. This technology has been licensed from the University by Vorbeck Materials Corp. His earlier work on colloidal techniques led to the production of high-temperature superconducting materials. Together with co-researchers, Aksay holds more than 40 patents. He received his doctorate from the University of California, Berkeley, in 1973 and joined the Princeton faculty in 1992. A member of the National Academy of Engineering, Aksay is a recipient of Turkish National Medal of Science and the Charles M.A. Stine Award from the American Institute of Chemical Engineers. 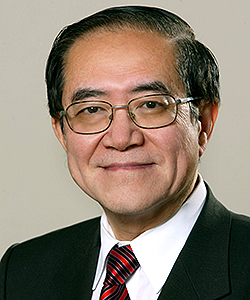 Chung K. (Ed) Law, the Robert H. Goddard Professor of Mechanical and Aerospace Engineering, was recognized for “distinguished technical contributions to the field of combustion theory and chemistry, and for dedicated service to the profession as president of the Combustion Institute.” His research concentrates on the fundamentals of combustion and has explored areas including the combustion of high performance propellants, the chemical structure of flames, the combustion of synthetic materials and the aerodynamics of laminar and turbulent flames. Law is the director of Princeton’s Combustion Energy Frontier Research Center, sponsored by the Department of Energy, and director of the Center for Combustion Energy at Tsinghua University in Beijing. He received his doctorate from the University of California, San Diego, in 1973, and joined the Princeton faculty in 1988. Law was elected to the National Academy of Engineering in 2002, and is a fellow of the American Academy of Arts and Sciences. He is the recipient of the Alfred C. Egerton Gold Medal of the Combustion Institute for combustion research, among other honors and awards. 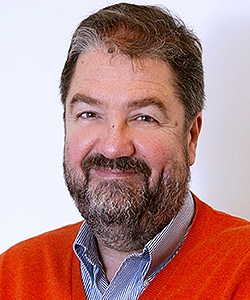 Athanassios Z. Panagiotopoulos, the Susan Dod Brown Professor of Chemical and Biological Engineering, was honored for “outstanding contributions to the development of simulation methods for thermodynamic properties and engineering education.” Panagiotopoulos specializes in creating computer simulations that predict molecular behavior under conditions or in systems difficult to measure experimentally. The simulations also derive an understanding of microscopic behaviors that are the basis for observed properties of objects or systems on a larger scale. His research includes studying the behavior of liquid water at temperatures up to 50 degrees below freezing, and developing models for mixing the greenhouse gas carbon dioxide with water or dense salt solutions, which is important for ensuring the viability of plans to store the gas deep underground. Panagiotopoulos received his doctorate from the Massachusetts Institute of Technology in 1986 and joined the Princeton faculty in 2000. He is a member of the National Academy of Engineering and a fellow of the American Academy of Arts and Sciences.

The AAAS named 702 fellows this year. Fellowship is bestowed on members who are nominated by their peers based upon their scientific contribution. The new fellows are scheduled to be presented with a certificate and a blue and gold roseate pin (representing science and engineering) at the association’s annual meeting on Feb. 16 in Boston.