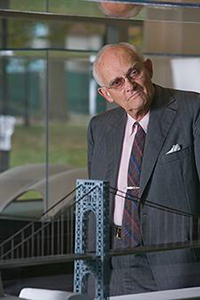 Engineering is often seen as the most utilitarian of disciplines, a field in which aesthetics takes a back seat to function. But a group of teachers and scholars have recently begun holding annual conferences at Princeton to challenge that view. To the International Network for Structural Art, engineering has a clear aesthetic defined by elegance, efficiency and economy.

“It takes a creative spring in an engineer’s mind to come up with a solution,” said Maria Garlock, an associate professor of civil and environmental engineering and a leader of the group.

The network held its fourth annual gathering last summer. Garlock said the group was formed in 2009 by David Billington ’50, then the Gordon Y.S. Wu Professor of Engineering at Princeton (now emeritus). Billington is a teacher and scholar who inspired others to appreciate the aesthetic elements of engineering.

His goal was to bring together some of his former students and present colleagues to build a community of teacher-scholars for studying structural engineering as a new art form. 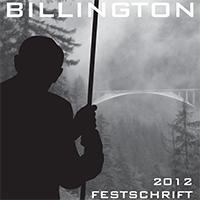 This summer, the network published its first book, a celebration of Billington’s work to advance the concept of structural engineering as an artistic discipline. Garlock and her colleagues hope to build on that legacy. Sigrid Adriaenssens, an assistant professor of civil and environmental engineering and another member of the group, said Princeton has a focus on engineering aesthetics that is nearly unique among universities, not only though teaching and research but through exhibitions of work by great engineers such as Felix Candela, Robert Maillart, Othmar Ammann, Christian Menn and Fazlur Khan.

“Many people find this interesting,” she said. “Civil structures can be very efficient and also very beautiful.” –JS