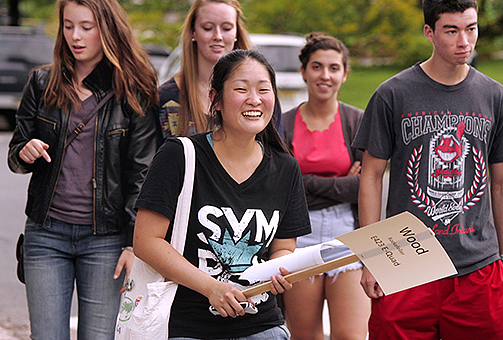 The sky was overcast but the atmosphere on the Friend Center lawn was sunny on Sept. 9 as Dean H. Vincent Poor welcomed the engineering school class of 2017 to Princeton.

“I was going to brag about the weather,” Poor said, drawing laughter from the new freshmen gathered under a massive tent outside the engineering library. “This morning it was wonderful, but I guess it is not braggable today.” 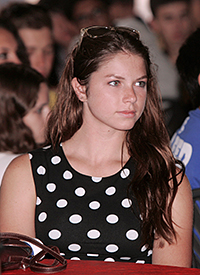 Poor told the students that they were arriving during a period of expansion at the engineering school. Recent years have seen record numbers of students pursuing engineering disciplines. With 329 students, the class of 2017 is one of the largest classes to enter the engineering school. Forty percent of this year’s freshman class, 132 students, is female. Engineering students also make up a relatively large part of the overall university community, with roughly a quarter of Princeton’s entering class of 1,286 students.

He said that Princeton engineering is almost unique in its ability to combine the “best attributes of a liberal arts college and a world-class research institution.” Every engineering student undertakes at least one independent research project as part of their studies, but Poor said that Princeton students learn about far more than the technical aspects of their field.

“Engineering is the application of science for humanity and for society,” he said. At Princeton, he said, “students gain an appreciation for the societal role of what they are going to do in their careers.”

Poor noted that students will have many opportunities to pursue socially important work. He pointed out that the new buildings housing the Andlinger Center for Energy and the Environment will be opening in 2015, just when members of the incoming class will be deciding on research topics. The new complex, at the intersection of Olden and Prospect Streets, will feature state-of-the-art laboratories for researching new energy sources and supporting technology.

Although the students will not select their majors until the end of the spring semester, department representatives gave the students brief overviews of their areas and spoke about some of their most interesting work. The new students heard about projects involving organic electronics for solar cells, sensors that allow for remote monitoring of the structural health of bridges and buildings, and programming for computational biology or computational music. In recent years, students have studied thin-shelled structures in Germany, researched climate in Kenya and helped analyze changing conditions in the upper atmosphere. 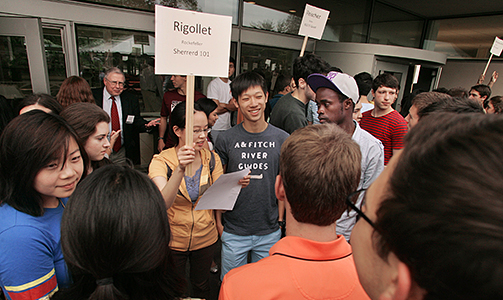 “Engineering is a wonderful field, you can do great good in the world,” Poor said. He said one of the most valuable things that the students will learn is how to apply the knowledge they receive at Princeton.