The effects of gravity are relevant when building houses or flying airplanes, but biologists have generally accepted that the average cell is too small for gravity to play a role in how it is built or behaves. A finding by Princeton University researchers now shows gravity imposes a size constraint on cells. The results provide a novel reason why most animal cells are small and of similar size.

“Gravity becomes really important at a smaller scale than you might have guessed,” said Clifford Brangwynne, an assistant professor of chemical and biological engineering who led the research.

While studying what makes large particles in a nucleus of the egg cells of the African clawed frog stay in place, Brangwynne and graduate student Marina Feric observed the particles falling to the bottom of the nuclei when a scaffolding inside the cells was disturbed.

The researchers, who published their findings in the October issue of Nature Cell Biology, concluded that when a cell reaches a certain size, it becomes subject to gravitational forces that require a scaffolding to stabilize the internal components.

“The research is really elegant and novel,” said Zemer Gitai, an associate professor of molecular biology at Princeton, who was not involved in the research. “Cells almost certainly evolved to be [small enough] to ignore the effects of gravity.”

The size is the limit 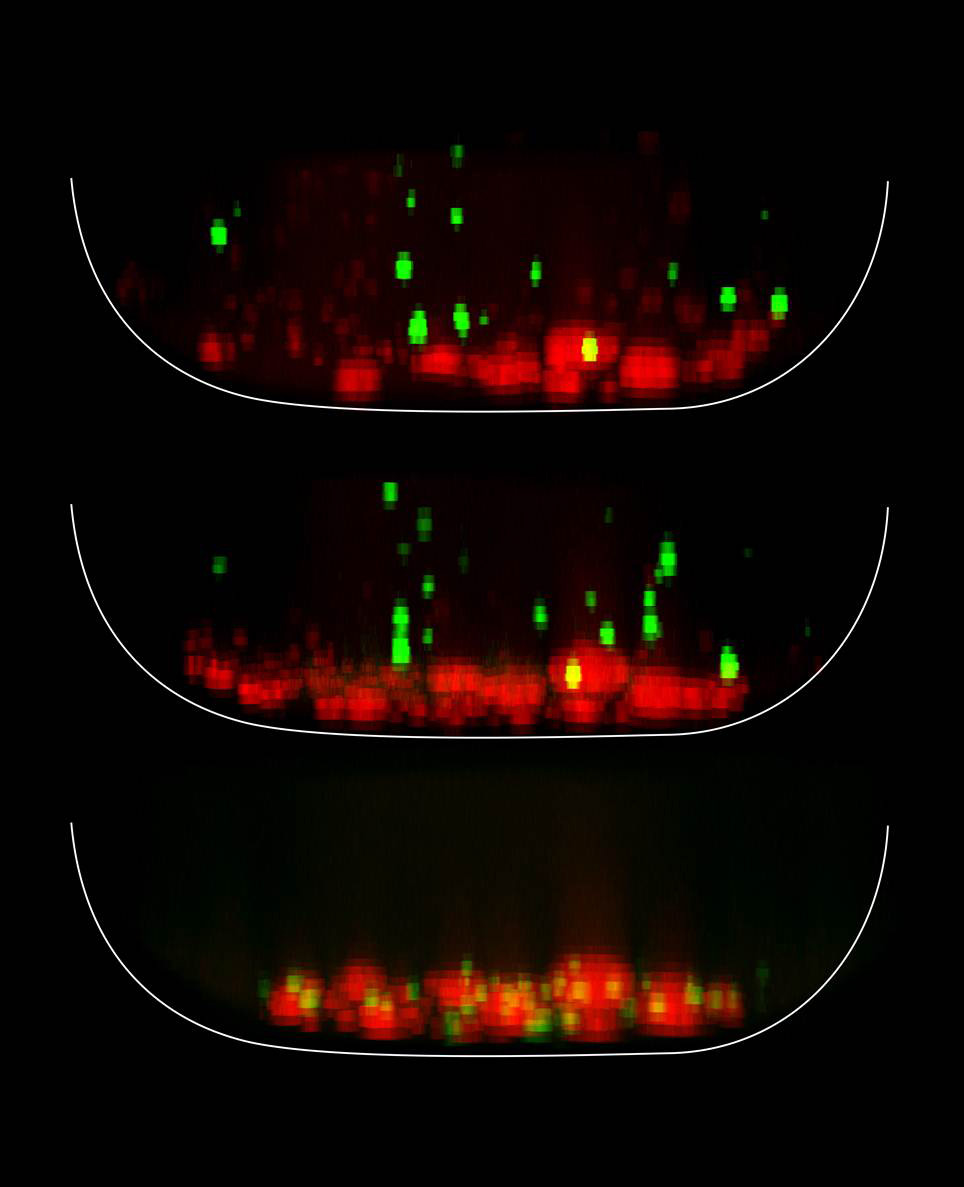 The typical animal cell has a diameter of about 10 microns (thousandths of millimeters). Larger cells, like the egg cells of the African clawed frog, are up to 1 millimeter in diameter, but examples of such large cells are not frequent. Scientists have attributed this size limit to the difficulty for large-volume cells to obtain nutrients, an explanation Brangwynne said is not backed by substantial evidence.

Brangwynne previously had shown that certain types of large particles within cells act like water droplets – they tend to merge upon contact. But in the nucleus, something was keeping them from fusing into one giant blob. The team first tested whether a scaffold was in place that allowed smaller particles to move through the mesh but caused larger particles to get stuck, preventing them from fusing. Feric tested this idea by injecting the frog egg nuclei with different sized Teflon-like beads and observed their movement. As predicted, small beads diffused throughout the nucleus but larger ones got stuck, providing evidence for a scaffold.

Feric next tested whether this matrix could be made up of fibers of the protein actin, which was known to form a cytoskeleton in the parts of cells outside of the nucleus but whose role in the nucleus was not clear.

“When we did this experiment we found the large particles sunk like pebbles to the bottom of the nucleus. That was genuinely shocking,” said Brangwynne.

Feric also attached a fluorescent probe to the actin proteins to visualize the matrix. The size of the holes of the mesh network matched the size predicted by the bead experiments.

Noting that actin is both less abundant in smaller nuclei and does not appear to form a mesh that spans the whole nucleus as it does in larger cells, Feric’s experiments led the researchers to deduce that larger cells have the actin mesh to protect against gravity.

They propose that gravity becomes important at a certain particle density and a cell size of roughly 10 microns – the size limit of most animal cells. The actin in these large nuclei keeps the particles in place as a support against gravity.

Particles in a cell become proportionally larger with increasing cell size. A particle in a small cell is like a single piece of dust – it floats well, unhindered by gravity. But particles in larger cells are like many pieces of dust clustered together that have a greater mass and require support to stay buoyed.

Tim Mitchison, who studies nuclear structure at Harvard Medical School, said the study shows new evidence that actin provides a supportive matrix in very large cells, but notes that is not clear whether these nuclei are a model for smaller cells.

The research provides a new function for actin in the nucleus, said Dyche Mullins, a molecular biologist at the University of California San Francisco School of Medicine. “The results suggest a large cell becomes fragile and needs a scaffold inside to support and separate the large number of particles it contains,” he said.

Feric and Brangwynne plan to repeat the experiments in different-sized cells and explore the properties of the actin network in the nucleus to understand the limits of its strength.

The researchers said a rewarding aspect of the study was its surprising turns, which at one point led them to calculate the viscosity of the nucleus to understand the behavior of the beads they injected. 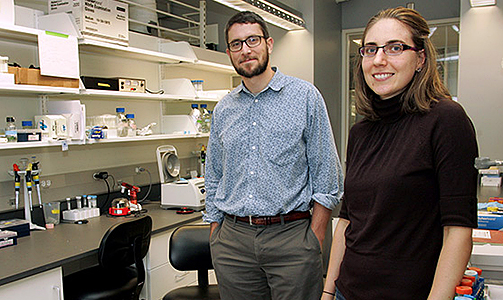 “We had absolutely no intention of trying to learn about gravity,” said Brangwynne.

“That you need to know the viscosity of the cell nucleus to figure out that gravity could be important for setting the upper limits of cell size? It’s hard to imagine how one could predict such a connection.”

In an undergraduate course Brangwynne teaches, students have previously performed calculations suggesting gravity is a negligible force on cells. Brangwynne said he will now have to change the exercise. “This is where the research ends up influencing the class work.”

The research was supported by a New Innovator Award from the National Institutes of Health and a Searle Scholar Award, both awarded to Brangwynne in recognition of outstanding work as a young scientist.