Posing for a photo after winning this year’s Innovation Forum, a competition that showcases University research with commercial potential, Vikram Pansare said he enjoyed the variety of challenges the Feb. 26 event brought.

“You’re not just working on one thing,” he said. “You’re working on the tech side and the business side. Dealing with both simultaneously, you learn so much.”

Pansare, a Ph.D. student in chemical and biological engineering, presented a technology for mass production of “Janus particles,” tiny spheres with two distinct sides composed of typically incompatible materials such as plastics and metals. Pansare said these highly versatile compounds would find many uses in industry such as advanced pharmaceuticals, electronic displays and sensors, cosmetics, food formulations, environmental remediation and extracting crude oil from underground reservoirs.

“Our process is very important because it accesses a whole new set of materials” that aren’t available commercially or even at a laboratory scale, said Sosa. “Our technology allows you to fill that gap and make products that could be useful.”

The researchers formed a company, Sphera Materials LLC, in 2013 and incorporated it in New Jersey as a result of the research. Janus nanoparticles will represent a key product line.

Pansare’s team was awarded $15,000 in funding. He represented one of 10 teams that pitched the commercial potential of research ranging from advances in medicine to painless tattoo removal.

A member of each team delivered a three-minute pitch to a panel of judges consisting of investors and business leaders. After each presentation, the judges were allotted five minutes to ask questions on details such as potential risks and competitors and how they would use the funding.

The ninth annual event, sponsored by Princeton’s Keller Center, took place before an audience of nearly 200 people in the University’s Carl A. Fields Center.

In the months leading up to the forum, the teams provided written drafts and recorded video of their pitches, which allowed the judges to provide feedback to the presenters. 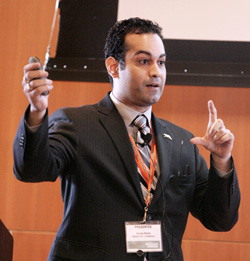 Graduate student George Khoury, who took home the $10,000 second prize with his group’s method of discovering HIV inhibitors, said he must have practiced a hundred times prior to taking the stage.

“The feedback was really helpful because it gave us the opportunity to see what actual investors would say about our technology,” said Khoury, a fourth-year Ph.D. student in chemical and biological engineering. “I’ve never done anything like this before. It was a once-in-a-lifetime opportunity.”

His team – led by Christodoulos Floudas, the Stephen C. Macaleer ’63 Professor in Engineering and Applied Science, and including fellow graduate student James Smadbeck – developed a computational method for discovering potential new drugs made of short protein sequences called peptides. The method computes novel chemical sequences that are likely to produce highly specific interactions in the body, such as locking onto a particular virus.

During his pitch, Khoury said 900 children are diagnosed with HIV daily and 34 million people worldwide are living with the disease.

The computational approach, he told the audience, opens numerous possibilities in designing new therapeutics in the fight against diseases such as diabetes, HIV and cancer.

“We have come up with a way to design new inhibitors that can block the critical interactions required for these diseases to be active,” said Khoury.

Following the presentations, the teams mingled with fellow competitors and audience members during a reception while waiting for the judges’ decisions.

Third place winner Max Friedfeld took time during the reception to describe the potentially vast market for his work developing chemical catalysts made from common metals such as iron instead of the exotic metals, such as platinum, which are commonly used to drive chemical reactions. He showed a series of slides demonstrating surprising uses of precious metals in our daily lives. Denim, envelopes and even beer are just a few products that use platinum, said Friedfeld, a graduate student in chemistry.

“It’s surprising to people because you don’t really notice or think about the small components of metal in everyday things,” he said.

Working with Paul Chirik, the Edward S. Sanford professor of chemistry, they developed base metal catalysts that could be used in manufacturing a range of products, such as deodorant, plastics, and medicine.

Friedfeld said they will use their $5,000 in prize money to increase their capacity to prepare larger quantities of the base-metal catalysts for the market.

Competing in the Innovation Forum was an eye-opening experience, said Friedfeld, who thought about going into business before, but now considers the idea even more appealing.

“It’d be great to be your own boss, but it’s tough going up there to present something in three minutes,” said Friedfeld. “You really learn how to sell something and put it in terms that everyone can understand.”

A common reaction among the competitors was the forum emphasized that what makes sense in academia may not translate well in business. 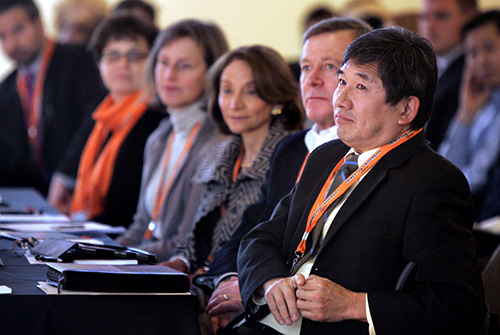 To know what is a commercially viable product is not easy, said forum judge York Tsuo, founder and chief technology officer of E3 International Corporation based in Australia. But to have a forum like this is very significant in the way that it helps students understand the business model while being successful in academics, he said.

That was something Gerard Wysocki, an assistant professor of electrical engineering, could appreciate. He presented a laser-based sensor technology for medical diagnostics and environmental emissions control.

“To show what works in a lab and in real life is like night and day,” said Wysocki, whose team includes Yin Wang, Michael Nikodem and Eric Zhang. “Without extended feedback from industry leaders, we wouldn’t know what works and what doesn’t.” 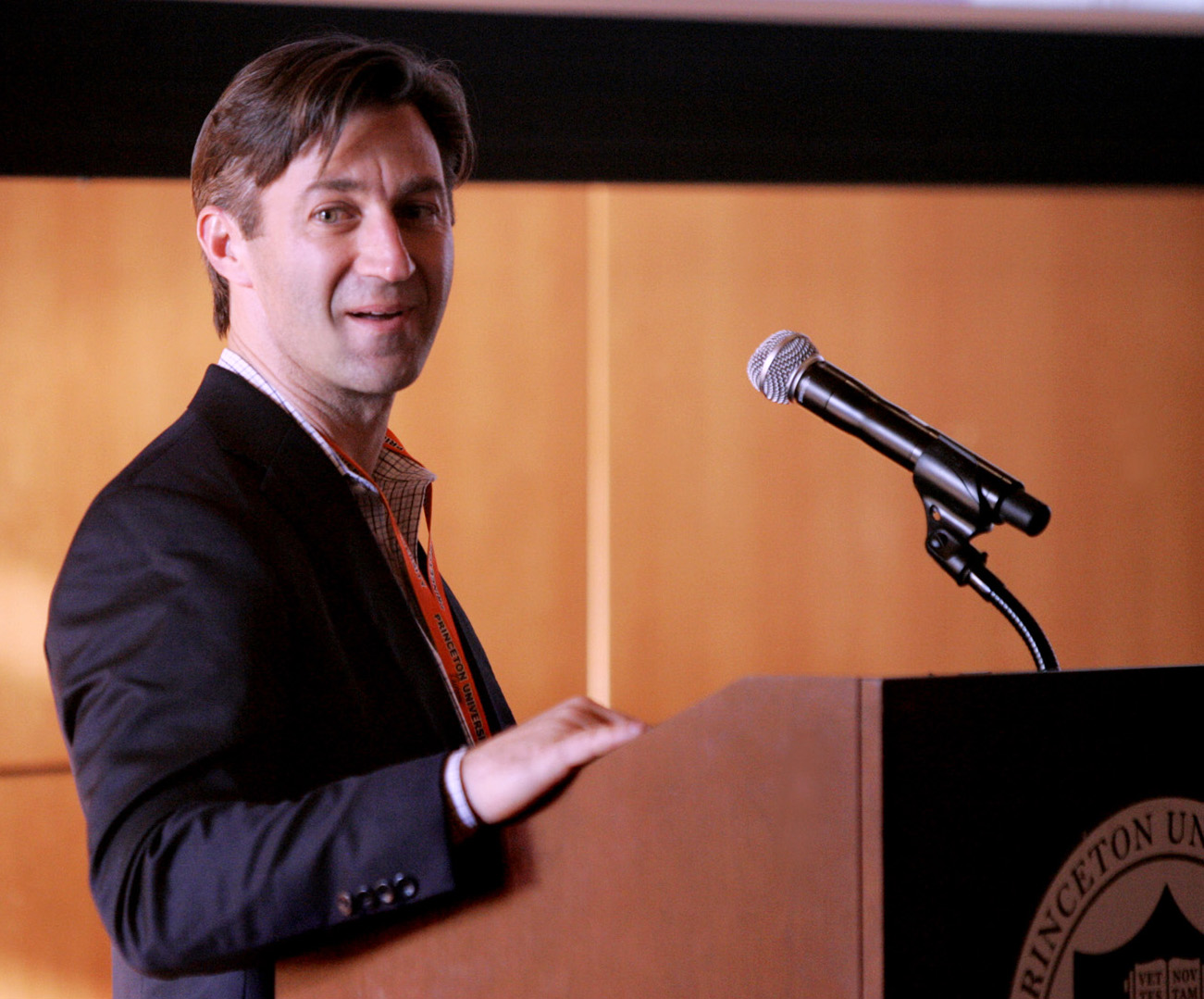 In addition to the Keller Center and the University’s Office of Technology Licensing, the event was sponsored by the law firm of Drinker, Biddle and Reath and the accounting consulting firm Wiss & Co.

“To have partnerships with people from all walks of life helps a community grow in the right direction,” said Ian Goldstein, a partner with Drinker, Biddle and Reath, who stressed the importance of fostering an ecosystem of science and technology within a community.

“It’s vital to look outside of the wall and be a part of what’s out there,” he said.