Most scientists who work closely with data try to improve ways to process it or to harness it for other, broader inquiries.

Andrew Houck ’00 and his team are taking a different approach: they are trying to change the nature of data itself.

Houck, a professor of electrical engineering, and colleagues are seeking to build a quantum computer, a new type of machine that uses the strange rules of quantum mechanics to address problems that are not possible to solve with standard computers.

“Normally, when you think of a computer, you are thinking of a machine that stores information in binary, a series of zeroes and ones,” Houck said. “A quantum computer is one that processes an entirely new kind of information. It is not restricted to ones and zeros – because of the laws of quantum mechanics, it can be both zero and one at the same time.”

In a quantum computer, each of the quantum bits, or qubits, remains in this uncertain state until their value is measured by the computer, at which point they switch to become either a zero or a one. This unusual behavior allows mathematicians to write unique programs that predict the probability of a qubit assuming a value and to build that probability into a final result. 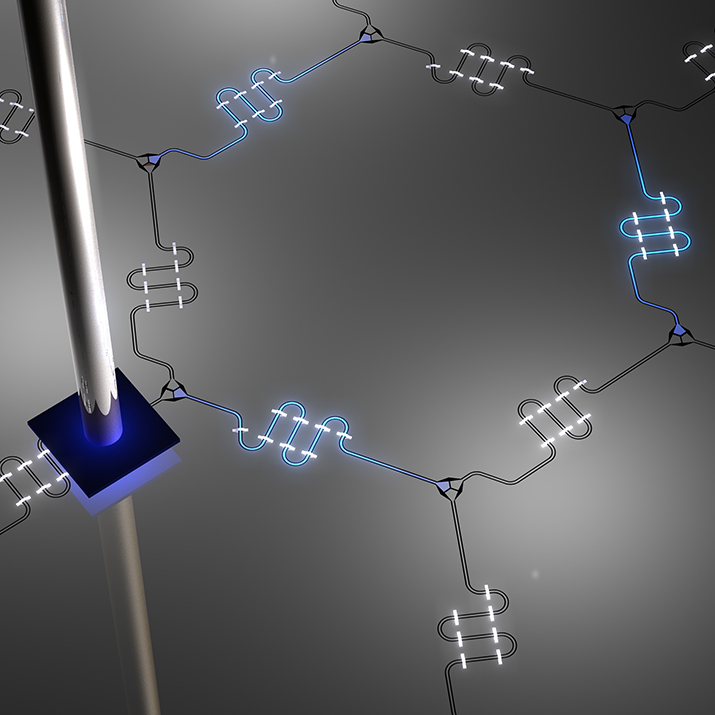 “The magic is when you measure this thing it forces your answer to become a discrete outcome,” Houck said. The math is complex but, as Houck noted, “if you run the algorithm just right, you can answer certain questions really efficiently, and these questions are very difficult to handle on classical computers.”

Possible uses include powerful codebreaking systems or solutions to key biological questions such as how proteins acquire their three-dimensional shapes.

Houck, whose team is experimenting with superconductors and patterned metal to develop a new machine, said that quantum computers already have been built to address certain problems. The question is, when will engineers achieve “quantum supremacy” by building a machine that solves a problem more efficiently than the best standard computer? Houck believes that could happen within a decade. He cautioned that the first solution might not be groundbreaking, but it could provide an entirely new tool for science.