Society floats in a sea of data. This magazine, the words printed in it, the photos displayed, all passed as ones and zeroes through the digital realm. The printing presses, the rolls of paper, the delivery trucks were created and managed with digital tools. But it does not stop there. These processes also left trails of data in their wakes, ripe for untold analysis. Modern society could no more run without data than without oxygen.

Data, the plural form of the Latin word meaning “given,” is obviously not a new concept for scientists. Factual observation has been the keystone of Western science since Francis Bacon opened his lab. But computation has altered science and engineering’s relation with data in ways as fundamental as Bacon’s original idea that science should be founded on empirical observation rather than philosophy. By harnessing the power of modern computers and algorithms, researchers collect, store, and analyze data in entirely new ways – to amplify discovery and illuminate truths that were invisible before. New ways to extract meaning from data offer a promise of better decisions at all levels of science and society, and thus solutions to countless societal challenges. 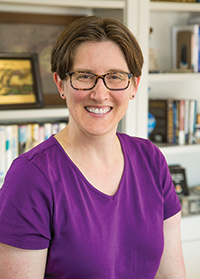 In this issue of EQuad News, we see the vast scope of change that the data revolution has brought to science and engineering. Barbara Engelhardt is using computation to explore human genetic expression and its effect on the body’s systems; Clifford Brangwynne has combined computer modeling with lab work to bring new understanding to critical cellular functions; and Egemen Kolemen Ph.D. *08 and Clancy Rowley ’95 are developing systems to undersand and adjust the flow of plasma particles as a step to harnessing fusion energy.

Han Liu’s research team is developing new rules for big data analysis as a way to construct systems that find patterns as varied as genetic markers for autism and efficient trading for financial markets; Naomi Leonard’s BSE ’85 work examines how many individuals with tiny data processing ability can form large groups to perform incredibly complex tasks; and Andrew Houck’s BSE ’00 lab is seeking to change the nature of data and computation based on the strange rules of quantum physics .

We also see how much work remains to increase data’s value as a tool and prevent abuse. As computer programs increase in complexity, the research team of Andrew Appel ’81 is developing methods to root out software problems before they occur; Nick Feamster’s team at the Center for Information Technology Policy is working to ensure that the Internet remains an effective global platform for accessing and delivering data, without compromising our privacy or our security in the process .

And, critically, we see how the data revolution is driving advances that benefit people around the globe. Warren Powell BSE ’77 is helping electric companies in Brazil integrate wind power into their grid; Eric Wood and Justin Sheffield are developing a flood warning system to prevent disasters in Chile; and David Wentzlaff’s team has developed an innovative tool to allow scientists around the world to develop new microchips without the need for expensive fabrication.

The Canadian philosopher Marshall McLuhan said that human society and actions are shaped by our tools of communication. Just as the internet and wireless technology have borne out McLuhan’s observation many-fold, our ever growing ability to collect and analyze diverse data, and uncover their meaning, will alter society in ways so profound we can hardly imagine today.