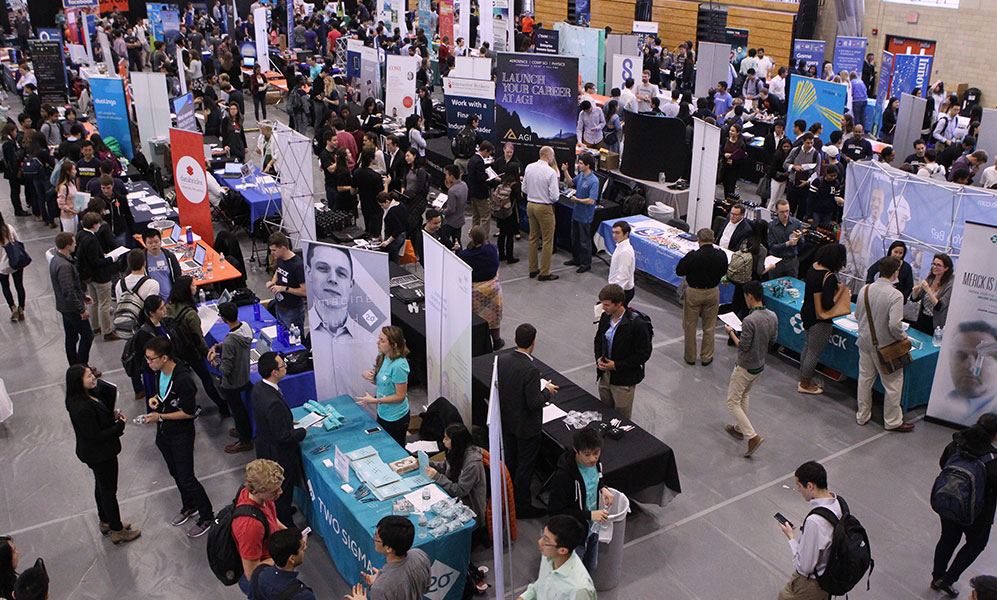 Eric Adelizzi found his job at Princeton’s Science and Technology Job Fair more than a decade ago, and this year he was back among the crowd in Dillon gymnasium – this time as a recruiter.

“Princeton has very strong quantitative graduates,” said Adelizzi, who has worked for the Alexandria, Va.-based Institute for Defense Analysis since receiving his doctorate in chemical engineering from Princeton in 2006. “Students from the science and engineering departments are excellent, and certainly from the other departments as well.” 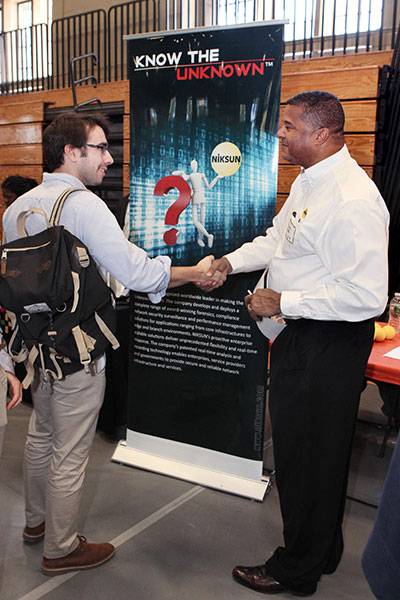 Over 1,000 undergraduate and graduate students and post-doctorate researchers visited the Oct. 14 fair, co-sponsored by the School of Engineering and Applied Science and the Office of Career Services. Company representatives with flyers and souvenirs stood ready to answer questions ranging from how their interview process works to what they enjoy most about their job.

Princeton has sponsored the fair every year since the 1980’s, said Peter Bogucki, the engineering school’s associate dean for undergraduate affairs. “We are very happy that representatives from 92 companies chose to come to Princeton to meet our students,” Bogucki said. “As always, they told us how impressed they were with the caliber of the students they met, and they hope that they can persuade as many as possible to work for them.”

Many organizations such as Microsoft, MIT Lincoln Laboratory, Schlumberger, and Merck return to the job fair yearly, while others such as Rigetti Computing, Nylas, and Here attended for the first time, according to Bogucki.

“What I really liked about the fair is that it seems like all of the employers are very focused on a one-on-one personal interaction,” Sarah Dinovelli, a junior, said. “It’s not as though there’s a booth, they give you the spiel, they give a piece of a paper, and then you walk away. Even for the bigger companies like Google and Microsoft, you have to wait in line for a bit, but then you’re able to have a one-on-one conversation with them which is far more valuable than being in a huge group and just getting all of the general information.”

Terrence Kuo, a senior majoring in electrical engineering, said that the career fair was far more useful to him this year than when he was a junior, since all of the companies offer full-time positions, whereas only some offer summer internships.

Kuo said he would have liked to see greater emphasis on firmware engineering positions since that is his field of expertise, although he was content that a few new firmware companies, such as FitBit, were present this year. 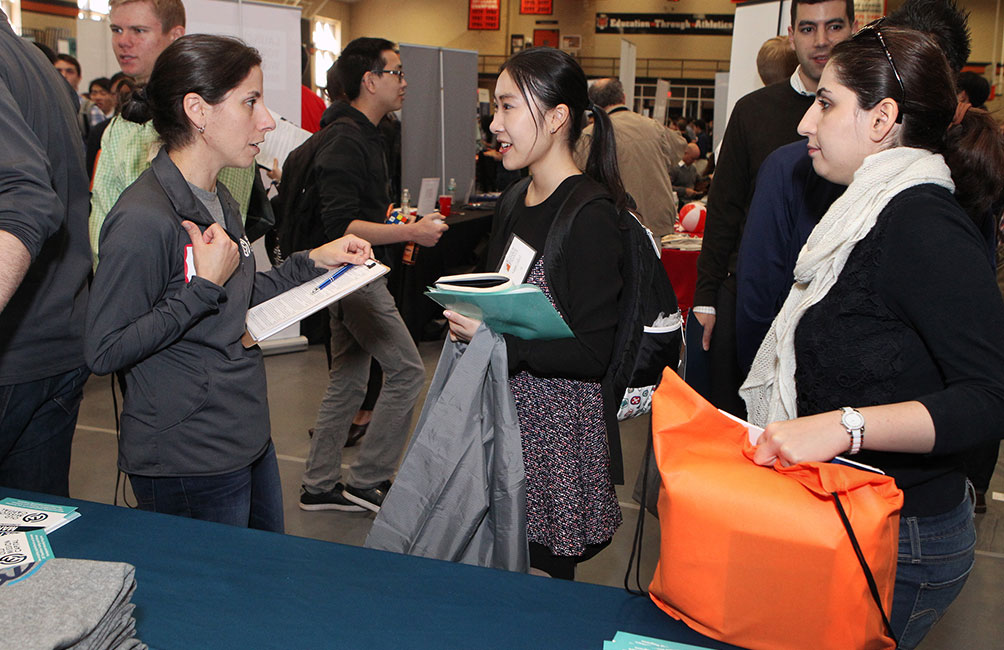 Although the positions offered at the fair catered mostly to students majoring in the sciences, engineering and math, recruiters were open to hiring students from all academic fields.

Dan Srayner, an associate product manager for Uber, said that apart from strong past experience and demonstrated leadership, the company looks for people who are a strong fit for Uber’s culture and who are passionate about its mission. 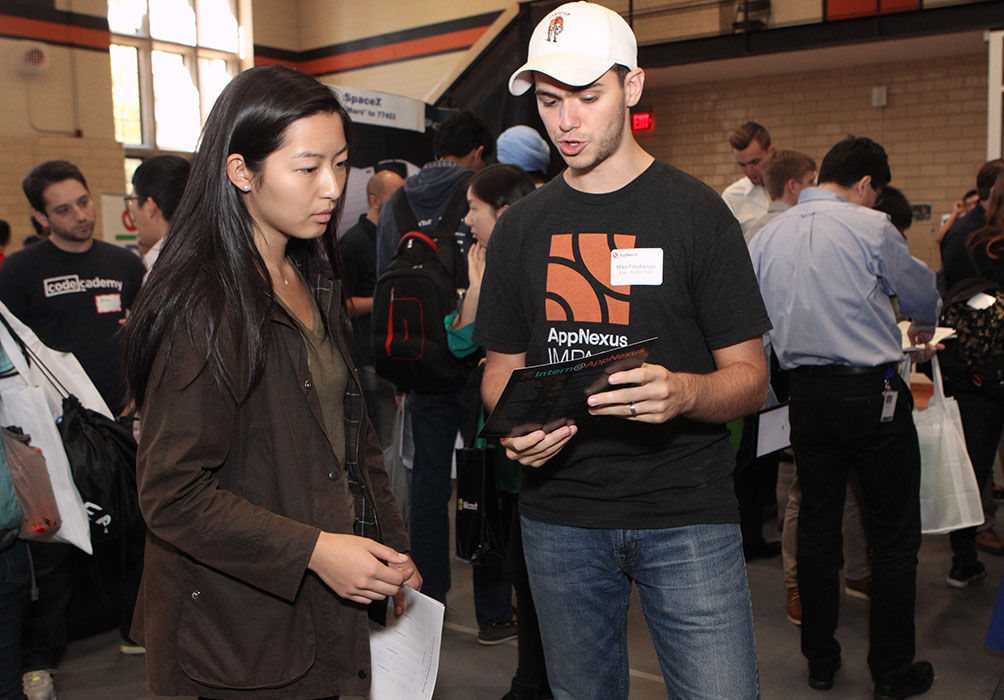 Mike Bufano, a university program specialist for Google, also said the company was interested in attracting students from a range of disciplines.

“We find that even students who are not studying computer science are still able to build the requisite skillset that we need,” he said.