Across the United States, abandoned oil and gas wells are a significant source of greenhouse gases, particularly methane. Yet there are so many scattered across the country that stopping the leaks – and even determining which wells are leaking – presents an enormous challenge. 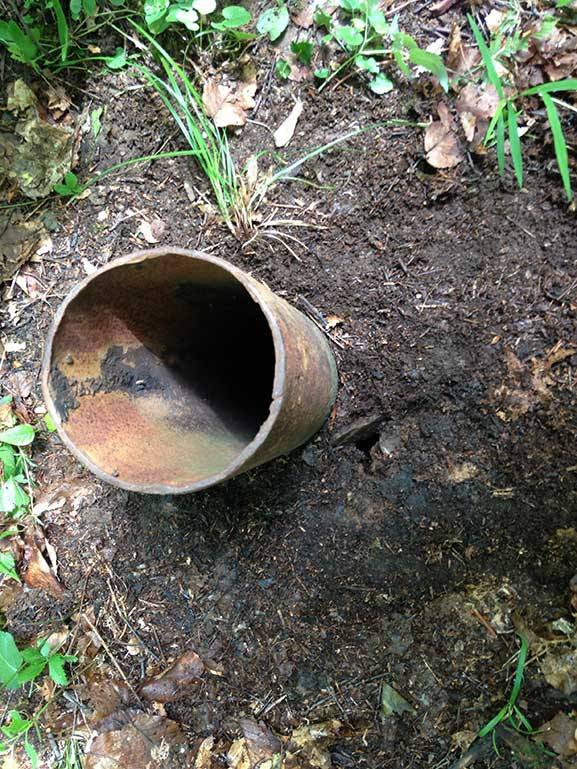 Now, scientists from Princeton, Stanford and Ohio State universities, as well as the Lawrence Berkeley National Laboratory, have identified the specific attributes of abandoned wells that leak significant amounts of methane, which could help state governments prioritize which wells to repair. By focusing on high-emitting abandoned wells and leaving non-emitting wells alone, it should be possible for states to eliminate the majority of greenhouse gas emissions from deserted bores while still controlling costs, the researchers said.

“The most effective solution to stopping the release of greenhouse gases from abandoned wells is to focus on the highest-emitting wells,” said Michael Celia, Princeton’s Theodora Shelton Pitney Professor of Environmental Studies and a professor of civil and environmental engineering. “Using our findings, states can apply their resources where it will make the greatest difference.”

In a paper published Nov. 14 in the Proceedings of the National Academy of Sciences (PNAS), the researchers report that wells with high emissions share two characteristics: they are gas wells that were unplugged; or were gas wells in coal regions that were plugged but vented, which is a safety measure for old wells in areas containing coal. Going forward, states with gas drilling should consider alternative safety measures for wells located in coal regions, the researchers said. Neither type of high-emitting well was linked to proximity to underground natural-gas storage sites, or to hydraulic-fracturing operations for shale gas production, the researchers found.

Wells releasing large amounts of greenhouse gases represent about 10 percent of all wells but produce about 90 percent of emissions, the researchers reported, confirming a figure from a 2014 publication in PNAS that included several of the same scientists.

“We wanted to know what caused the high emissions, and if the data could help prioritize wells for remediation,” said first author and Stanford postdoctoral researcher Mary Kang, who, as a doctoral student at Princeton, worked with Celia and co-author Denise Mauzerall, a Princeton professor of civil and environmental engineering and public and international affairs. “In addition to chemical markers, our samples and database analysis showed that physical traits can tell a lot about the wells,” Kang said.

The researchers focused on abandoned wells in western Pennsylvania because the state has the nation’s longest history of oil and gas operations, beginning in 1859 with the construction of the first commercial oil well in the United States near Titusville. But the findings could apply to wells across the country, the researchers said.

In the research published in 2014, the Princeton researchers found that many abandoned wells emit methane, which is much more potent than carbon dioxide as a greenhouse gas. They found that in Pennsylvania, methane escaping from abandoned wells made up 4-7 percent of state greenhouse gas emissions, which is similar to the new estimate of 5-8 percent found in the current study.

The 2014 study also found that a small minority of wells produced the majority of gas emissions, a finding that motivated the researchers to look for specific attributes that characterize these high-emission wells.

“Our goal in this work was to identify well characteristics that would help identify high emitters and thus provide an opportunity to target them for mitigation and avoid the cost of plugging abandoned wells with low or no emissions” Mauzerall said. “Our identification of key characteristics of high emitters will help locate and target for mitigation abandoned wells responsible for the majority of emissions. We hope this approach can be used across the United States and abroad to identify high emitters and target them for remediation.”

Other researchers on the paper include research associate Yuheng Chen and Shanna Christian of the Class of 2016 from Princeton’s Department of Geosciences; research intern Alana Miller of the Class of 2015 in Princeton’s Department of Civil and Environmental Engineering; Robert Jackson, a professor at the Stanford Woods Institute; Mark Conrad, staff scientist, and Markus Bill, a senior scientific engineer associate, at the Lawrence Berkeley National Laboratory; and Thomas Darrah, an assistant professor of earth sciences at Ohio State University.

The paper, “Identification and characterization of high methane-emitting abandoned oil and gas wells,” was published online Nov. 14 by the Proceedings of the National Academy of Sciences. Support for the work was provided in part by the National Oceanic and Atmospheric Administration, the Princeton Environmental Institute and Seattle-based Vulcan Inc.