A tiny speck inside the cells of a tiny worm is shedding new light on the underlying mechanism that determines the size of various organisms.

So far, the researchers have noted the link only within one species – Princeton researchers examined the size differences of nucleoli among different mutations of ringworms. But Clifford Brangwynne, the lead researcher, said the variation provides important insight into understanding the mechanism by which the nucleolus helps contribute to an organism’s growth.

“We think that understanding how the nucleolus assembles and how this assembly varies in different sized cells can help us develop a physical and chemical understanding of cell growth control,” said Brangwynne, an assistant professor of chemical and biological engineering. 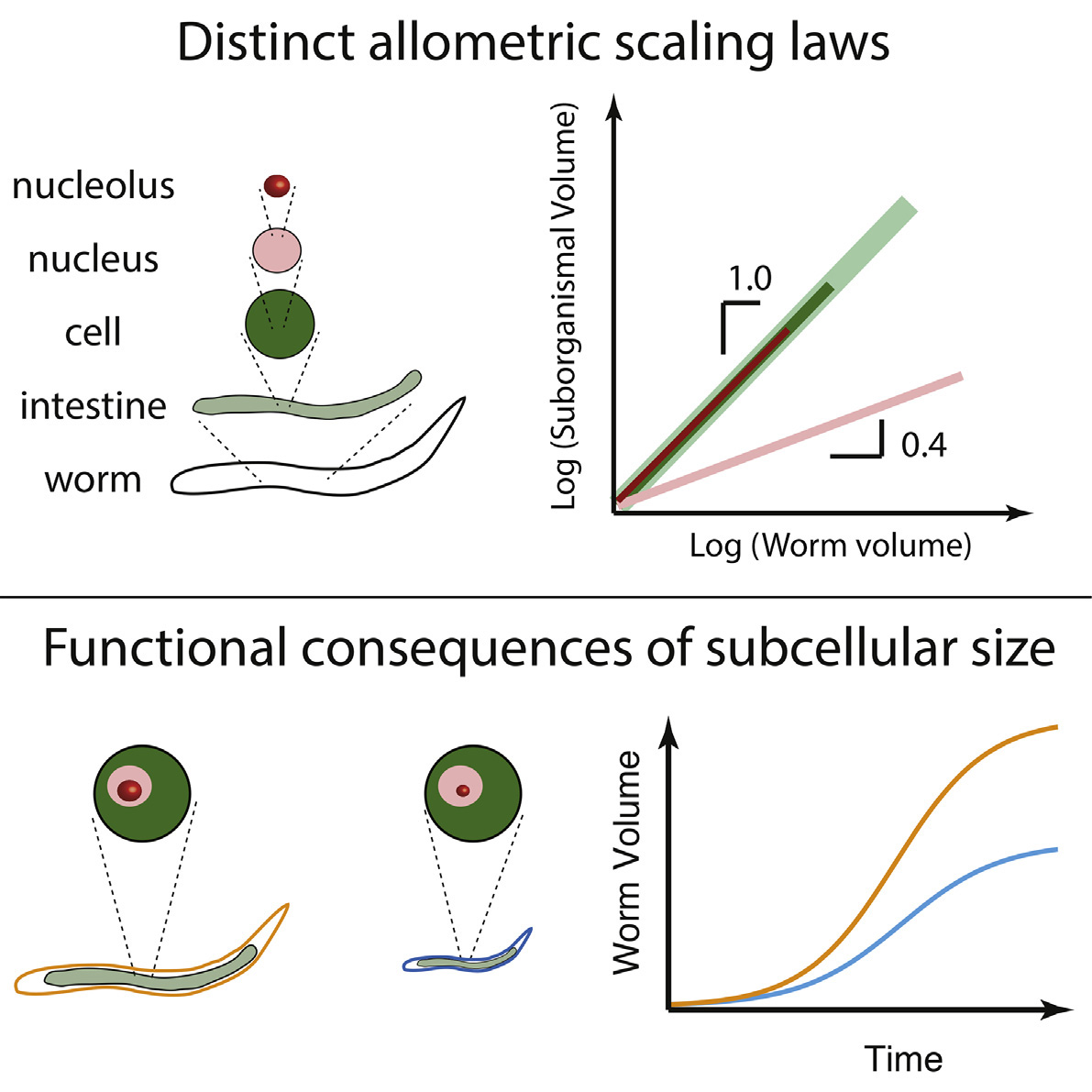 In an article published October 4, 2016, in Cell Reports, the researchers used the common roundworm, C. elegans, to explore the relationship of the nucleolus to cell size. Biologists consider the C. elegans worm a “model organism” because its structure and genetics are relatively simple yet offer insights into human biology.

The researchers then tested the robustness of this trend with two kinds of mutant worms, which have genetic changes that can help shed light on the underlying molecular mechanisms. One of the mutant worms grows roughly two times larger than the other mutant, and the researchers were interested in why. After microscopically quantifying worm growth exactly as they had before, they discovered that the size of the worms’ nucleoli reflected the size difference: the larger mutant had larger nucleoli.

“We didn’t find what we expected,” said Stephanie Weber, one of the researchers. Weber, who worked on the project as a postdoctoral research at Princeton, is now an assistant professor at McGill University. Since the 1800s, people have looked at the better-known nucleus – the central repository of genetic material within cells – as an indicator of a cell’s size, and found a strong correlation. However, in the context of a growing organism, it turns out the size of the nucleolus, and not the nucleus, is the key predictor of cell size.

The nucleoli are fascinating structures, tiny droplets of protein and RNA that have been sprinkled in the nucleus like poppy seeds on a muffin. In previous studies, Brangwynne’ team has found that this structure is actually very complex and contains layers of different components similar to an onion. The nucleolus plays a crucial role in the production of proteins. As Weber put it, “the nucleolus drives cell growth and organism growth because they require an exponential production of proteins.”

These findings underscore that the nucleolus is the driving force of cell growth and cell size, and shed light on the why nucleoli are enlarged in most cancers. The unbridled growth of cancer could require more proteins than a normally growing cell. By exploring the mechanisms and complex interactions connecting cell growth and nucleolus size, the scientists are uncovering an important level of understanding for the potential development of new cancer therapies.

Brangwynne and Weber collaborated on the paper with another former post-doctoral researcher in the Brangwynne lab, Sravanti Uppaluri, now an Assistant Professor at Azim Premji University in India. Funding for the research was provided in part by the National Institutes of Health, Searle Scholars Program and the Damon Runyon Cancer Research Foundation.