Members of the Princeton Rocketry Club participated in the 2017 CanSat competition, in which student teams design, build and launch rockets and payloads to meet contest goals that vary each year. Princeton's team, the Flying Tigers, traveled to Stephenville Texas for the June 10 launch. The annual CanSat competition is sponsored by the American Astronautical Society and the American Institute of Aeronautics and Astronautics.

When our team’s seniors were first years at Princeton, several of us took a seminar on the science and history of spaceflight, which culminated in designing a lunar rover. Though we were all excited by the material, we realized at the end that we hadn’t actually touched any hardware – leaving a big gap in our education. Six of us set out to change that, and Princeton Rocketry Club was born. Though we spent our first year mostly building model rockets in our dorm rooms, the club took off and grew into an incredible organization. In the past year, we’ve worked on high-power rocketry, space balloons, and the CanSat project, which I had the awesome opportunity to lead this year.

The CanSat (so-called for being a prototype satellite in about the size and shape of a can) was a payload we built for a high-powered rocket provided by the competition. The mission was to design, build, and fly a solar-powered glider that would deploy from a protective container once it left the rocket, with the idea that this would be an analog for a Venus atmospheric probe. 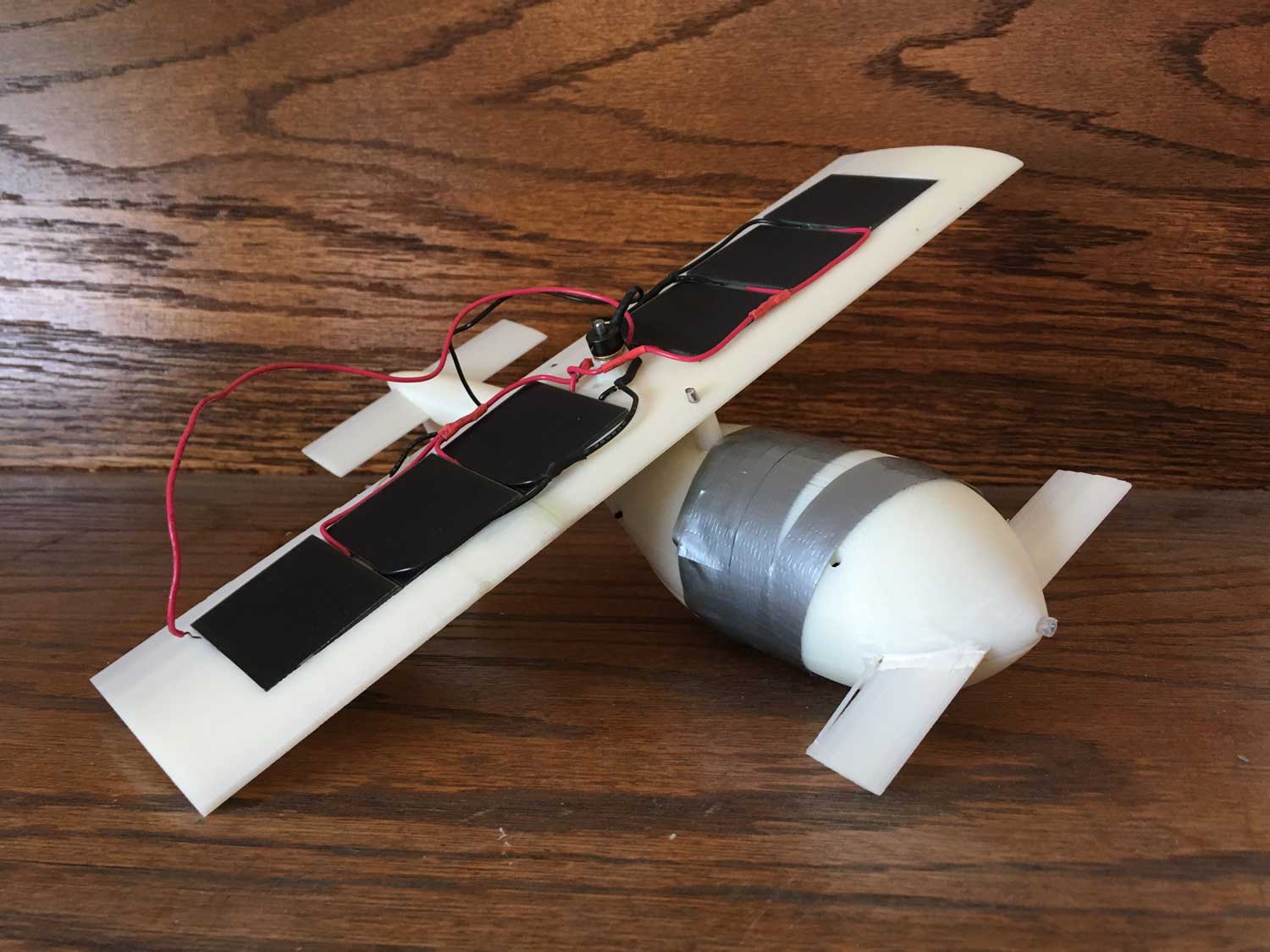 Though a few of us knew each other before we started this project, most of us didn’t. The Rocketry Club on the whole was formed as an organization for space-interested people to find each other and work on projects together, and that’s very much what happened in this case. When we began the project, we met every Friday to design and build the CanSat, but that eventually turned into team dinners after build sessions, baking cookies in the dorms, or CanSat Sunday brunch (in Forbes, of course.)

Most of the CanSat team (and the club in general) had little background in building actual rockets, but massive enthusiasm for space. We learned on the go, taught each other, and tried to apply what we were learning in our classes. Most of us are interested in pursuing space as a career, and the CanSat competition offered a really incredible opportunity to follow a mission from the first back-of-the-envelope sketches through to launch – nothing gets you excited about spaceflight like watching something you built go up on a rocket.

After a year of design reviews, CAD tutorials, and 3D printer jams, three of our ten team members travelled to Texas for the launch competition. We spent most of the first day trying to debug the electronics, which had still been giving us trouble when we left campus. Several rounds of pizza deliveries and burnt-out batteries later, it became clear that the communications system wasn’t going to function for launch day, so we focused on meeting other teams, talking to them about their vehicles, and exchanging design tips and lessons learned. Even though the electronics weren’t fully functional, we were still able to load our CanSat onto a rocket (which was taller than several of our team members) and launch it alongside 39 other teams from around the world. It was truly incredible to stand at our ground station and point an (admittedly nonfunctional) antenna at the culmination of a year’s work shooting up into the hot Texas sky.

While our CanSat wasn’t fully functional, we made enormous progress as engineers and as a team, and were proud to place 25th out of the 87 teams initially in the competition. And though the communications system didn’t work, when we located our CanSat in the field after it landed, it was powered-on using its solar panels and sounding an audio beacon, just as it was designed to. Getting the electrical system to that point was an enormous amount of work, and we were thrilled to have gotten that far in our first year. We gained skills in mechanical design, software, electrical wiring, and working as an engineering team, all while seeing a spacecraft through its entire design lifecycle.

At the aerospace company where I worked this summer, I was amazed to see how well the CanSat competition reflected the design process of the industry. It included everything from structural details like design reviews and a clear list of requirements to real challenges of working as part of an aerospace team – it turns out that avionics are almost always the last roadblock on a rocket development program, that schedule slippage is an incredibly common problem, and that having a dedicated management team really is important for helping all the subsystems communicate. These were all development issues that we faced as a team, and ones that we can now anticipate and approach with some momentum.

We’re incredibly proud of what we built last year, and several of our members will be going on to lead a new team for next year’s competition. I’m so excited to see the team continue to grow, and to watch how much farther we can go in the years ahead.