While most young people use social media to be social, Princeton senior Masoomali Fatehkia is using it to advance social good.

Fatehkia, who is majoring in operations research and financial engineering, logged innumerable hours on Facebook last summer, but not in the usual way. While pursuing an internship at the Qatar Computer Research Institute (QCRI) at Hamad Bin Khalifa University in Doha, Qatar, he examined the potential use of Facebook’s advertising audience estimates as a data source to shed new light on the digital gender gap worldwide.

This data is essential to global aid organizations tracking internet and mobile phone use by gender. Improving women’s digital access has been recognized by aid groups as a critical development goal. But monitoring progress toward that goal has been challenging due to a lack of gender-disaggregated data, especially in low-income countries. Facebook’s Ads Manager provides a real-time source of information that can be used to measure digital gender gaps in areas where data is scarce or non-existent, Fatehkia said.

Fatehkia’s findings have been published in the journal World Development. His paper, “Using Facebook Ad Data to Track the Global Digital Gender Gap,” is co-authored with his mentors and collaborators, Ingmar Weber, QCRI’s research director for social computing, and Ridhi Kashyap, associate professor of social demography at the University of Oxford and professorial fellow at Nuffield College.

Fatehkia, who is from Dar es Salaam, Tanzania, developed the internship opportunity with QCRI on his own initiative when researching summer opportunities focused on applying data science for the social good. 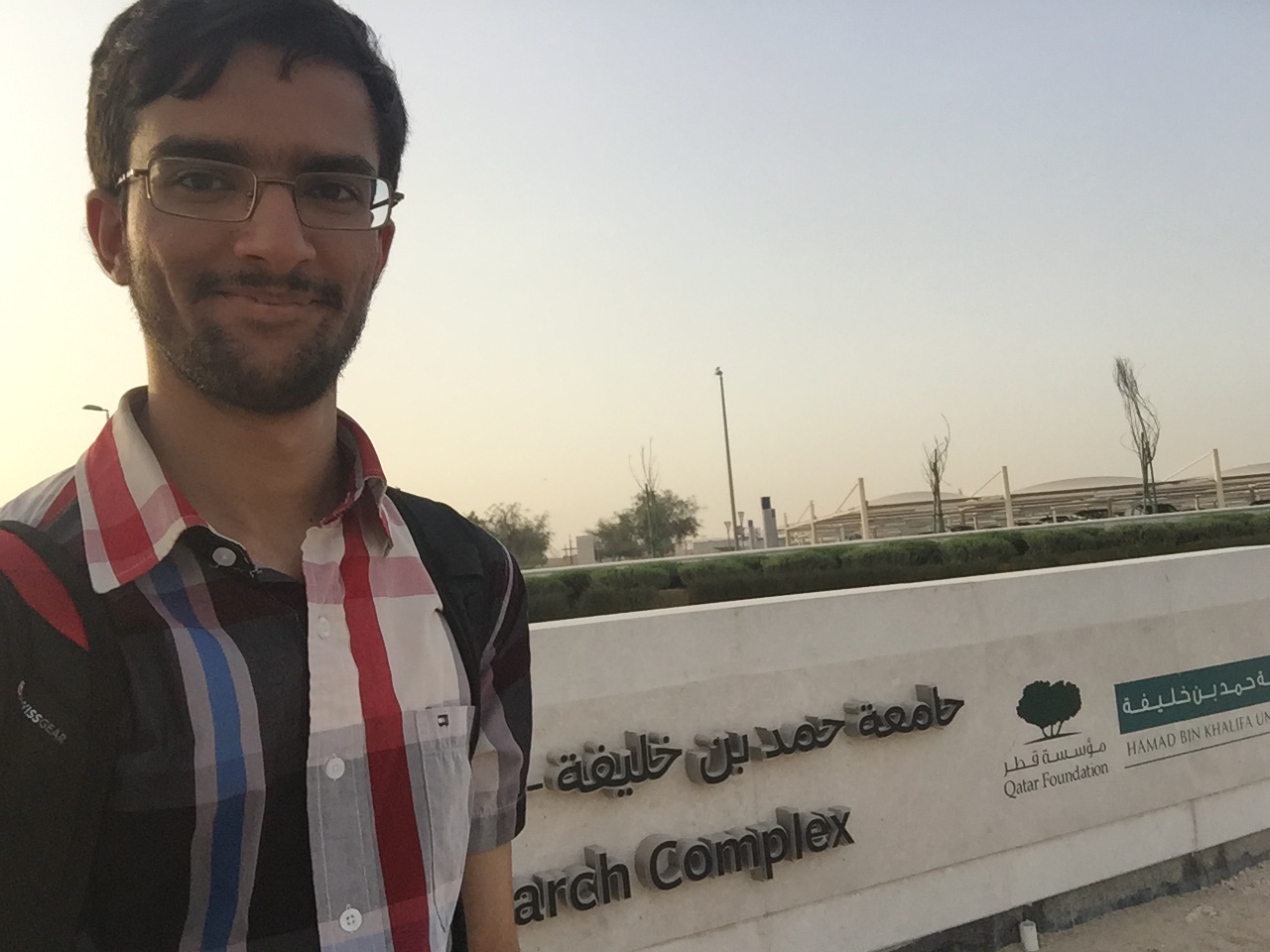 “They [QCRI] were working on areas I was interested in,” Fatehkia said. “[Ingmar] does research in the area of social computing to explore migration and social gaps.”

“We encourage our students who take the initiative of creating their own internship to get in touch with alumni oversees and with professors here at the University,” she said. “Once they have made contact, we encourage them to vet the organization they are working with through several channels, including the American Embassy. They are required to show us all their correspondence with their future mentor, and to have negotiated work responsibilities that will challenge them in skills they already have or will teach them new skills.”

In researching QCRI, Fatehkia discovered that Princeton alumnus Kenton Murray, who earned a BSE in computer science in 2009, had held an internship there, and he was helpful in providing guidance. Murray also forwarded Fatehkia’s resume to Weber.

When Fatehkia arrived in Qatar, Weber and Kashyap were completing a proposal for Data2X’s Big Data for Gender Challenge. Their idea was based on a UNESCO Broadband Commission for Digital Development goal of reaching gender equality in access to broadband by 2020.

“Masoomali showed excellent initiative right from the start,” Kashyap said. “Once we introduced the general motivation for the project and the different data sources to him, he took the lead on the data development and analysis for the research presented in the World Development journal article. He also actively commented on and contributed to the broader Data2X Big Data for Gender Challenge grant proposal that I was writing, which was Ingmar’s and my original motivation for delving into this line of research.”

Fatehkia spent 12 weeks in Qatar working with Weber using Facebook’s Ads Manager as well as custom software Weber had created to automate the capture of gender-related data. Kashyap joined them regularly by Skype.

Previously, the International Telecommunications Union, the United Nations’ specialized organization for communications and information technology, had statistics on gender digital access for 84 countries. Using the Facebook data, Fatehkia and his mentors expanded that to 152 countries. They made the biggest gains in adding low- and lower-middle-income countries to the data.

“Masoomali did an outstanding job in collecting and analyzing the data, as well as in writing up the findings,” Weber said. “Thanks to his efficiency and focus, we could even iterate a couple of times to improve the analysis methods.”

“I think of data science as a toolkit to enable decision makers from various domains to make more informed decisions that are backed up by evidence and data,” Fatehkia said. “Using data science for social good is a unique combination that enables me to combine my strengths and interests in the various disciplines that constitute data science with my passion for engaging in work where I can have a positive impact.”

The success of Fatehkia’s internship is leading IIP to pursue a formal relationship with QCRI, allowing more students to benefit from the collaboration in the future, Duarte-Silva said.