As students played lawn games and chatted over burgers on the patio of Princeton's Charter Club, Professor Margaret Martonosi welcomed them to an action-packed summer at the Keller Center for Innovation in Engineering Education.

Speaking on the afternoon of June 11, she noted the campus’s relative calm after the frenzy of reunions and commencement. At the Keller Center, though, this is “when everything heats up,” said Martonosi, the center’s director and the Hugh Trumbull Adams ’35 Professor of Computer Science. “We get a big influx of incredibly high-energy people like you, and we watch cool things happen all summer.” 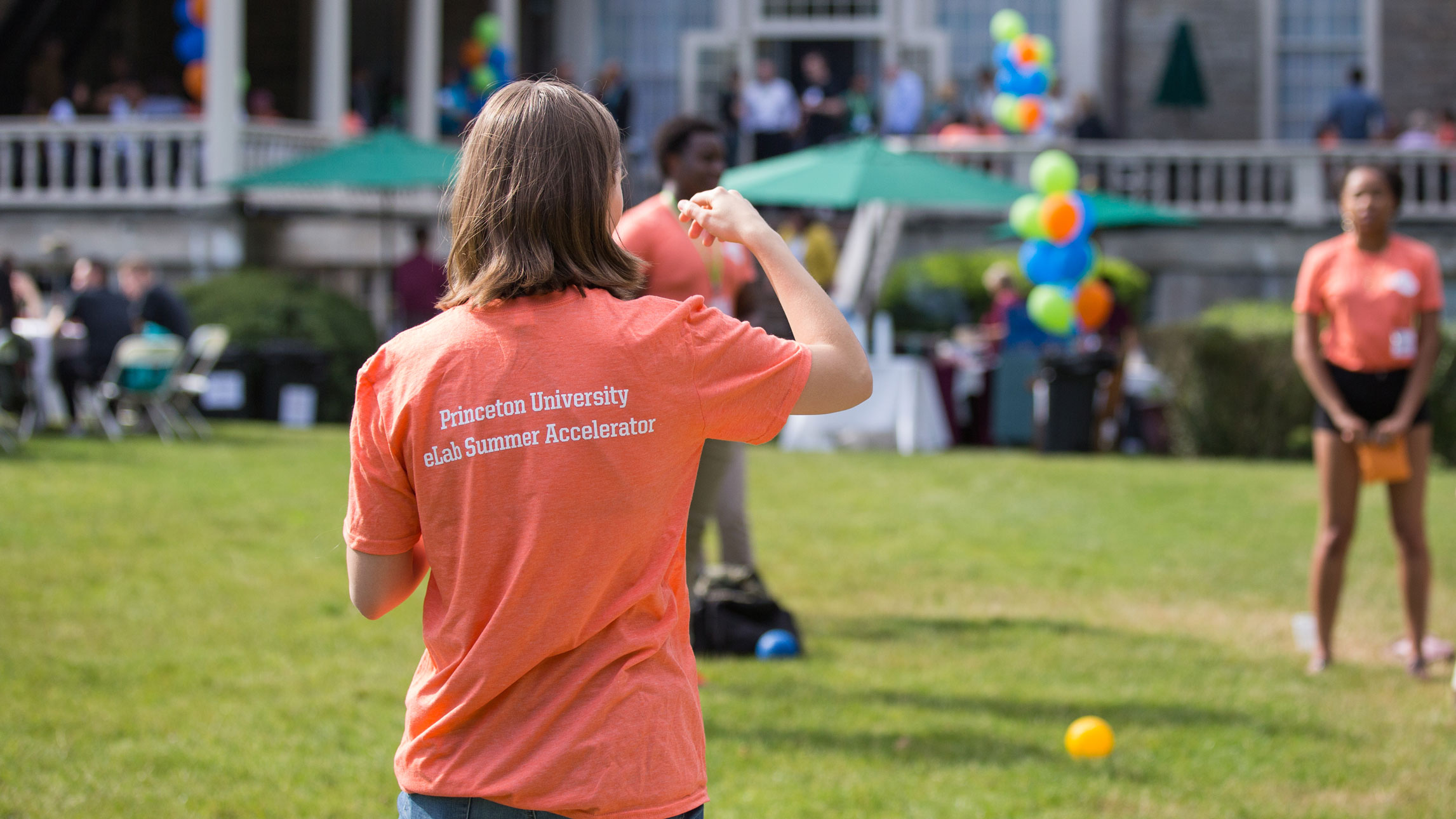 This is the seventh year of the Keller Center’s eLab Summer Accelerator Program, in which teams of undergraduates, graduate students and recent graduates spend 10 weeks developing startup ideas with help and advice from professors, entrepreneurs and technology experts.

The kickoff barbecue also marked the start of the Keller Center’s summer Tiger Challenge, in which student teams use design thinking to address social challenges on the Princeton campus and in nearby communities; and the International Research Exchange Program (REACH), which brings engineering students from Germany, Hong Kong and Taiwan to Princeton for research internships.

The seven teams in the eLab Summer Accelerator will receive seed funding and training to advance innovations that include a noninvasive glucose sensor, an app for recording and sharing memories, and a platform that applies blockchain-based privacy to digital messaging and payments. The teams will present their work at the program’s annual demo days in Princeton on August 14 and New York City on August 15. 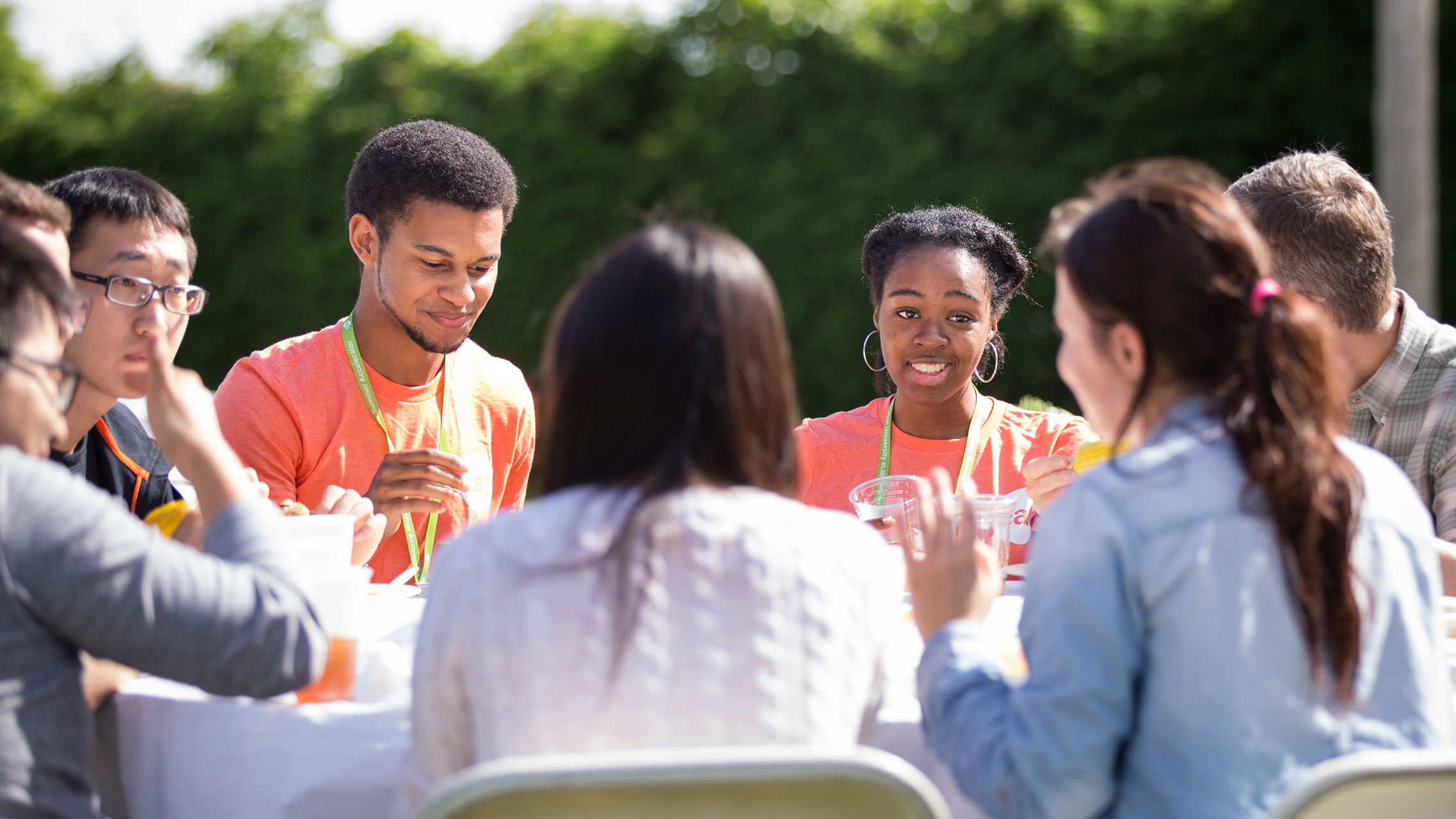 This year’s teams are:

HomeWorks Trenton, which is joining the eLab accelerator for its second year, is a nonprofit organization that offers an after-school boarding program to underserved middle and high school girls in Trenton, New Jersey. Students receive mentorship and academic support, participate in community-oriented activities, and stay overnight in a stable home environment.

Lumhaa (from a Hindi word meaning “moment”) is an online platform that helps users collaborate to record their memories using photos, videos, audio and text. It works primarily through a mobile app that also allows users to engage with others, including strangers, from around the world.

The perFIcT team is developing a social media platform to match users with clothing based on style and size preferences. The recommendations are adjusted over time as users engage with brands and other users on the platform. PerFIcT will algorithmically present users with apparel that they are most likely to purchase.

Ketnu is invested in the future of insects as a source of nutritious, environmentally sustainable food. Insects, specifically crickets, require significantly less water, space and food than other livestock or plant-based proteins such as soy. Ketnu is producing a new portable cuisine enriched with cricket flour.

The Tendo team is seeking to commercialize a new invention called Elastic Filament Velocimetry, which uses a nano-scale wire to measure flow. The technology features high sensitivity and the ability to measure extremely low flow rates. It has potential applications in medicine and industrial processes.