Wells that extract natural gas from underground often leak large amounts of methane, a powerful greenhouse gas, into the air. A team of Princeton University researchers has found that, in one of the biggest gas-producing regions, most of these emissions come from a tiny subset of the wells, a finding with major implications for how to control the problem. 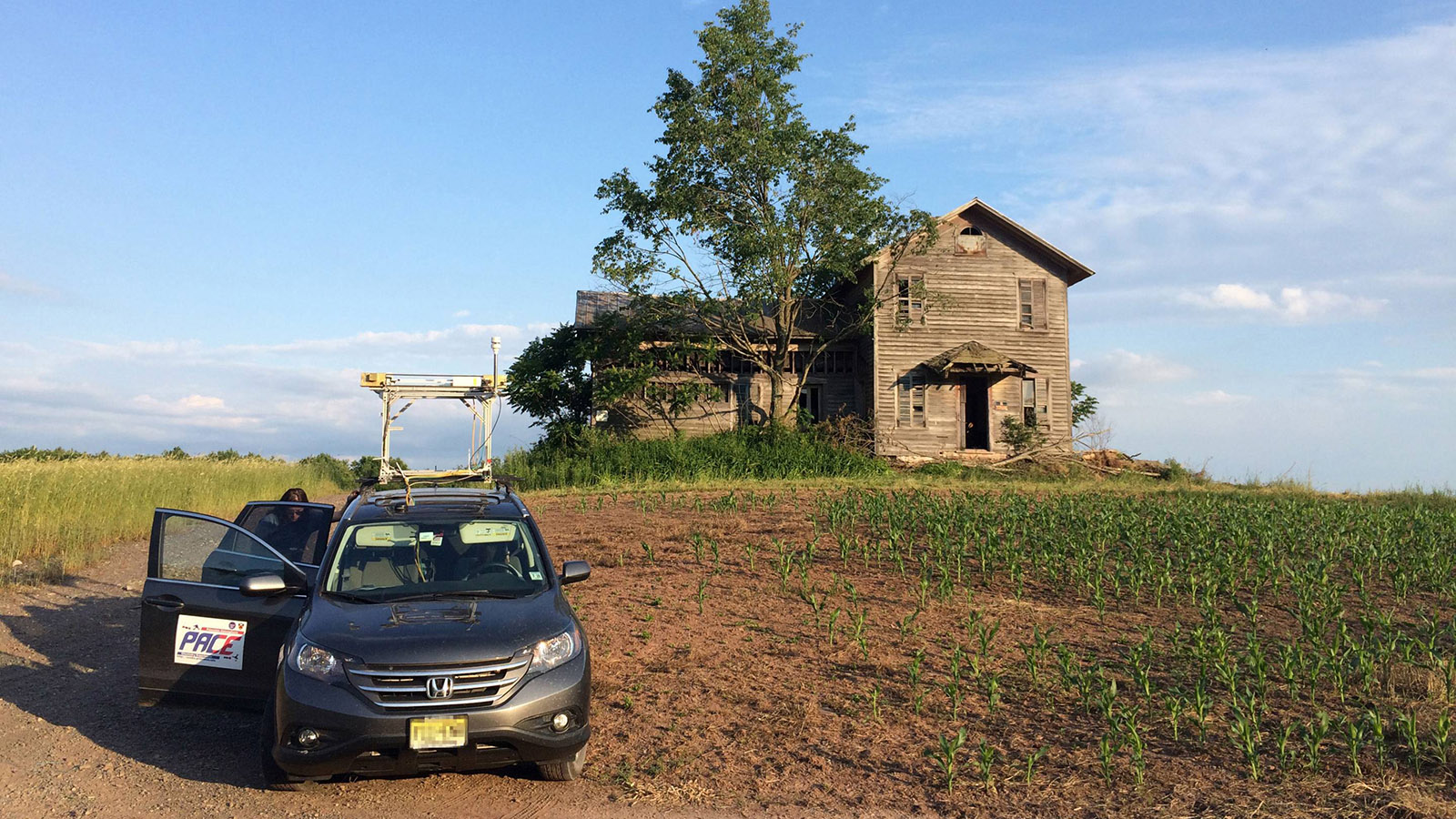 Researchers led by Mark Zondlo, an associate professor of civil and environmental engineering, spent two years sampling emissions from the Marcellus Shale, a basin that stretches from West Virginia into New York State. In research published in the journal Environmental Science and Technology, the authors reported that 10% of wells account for more than three quarters of gas leaked into the atmosphere as a byproduct of extraction. That has the equivalent greenhouse gas effect of adding 500,000 cars, or about 2% of the U.S. auto market, to the road.

This finding, however, may have a silver lining for mitigating impacts on the environment, Zondlo said, because fixing a relatively small number of these “superemitting” wells could lead to a major reduction in emissions. He cautioned that identifying the leakiest wells is not always easy, in part because well emissions can change over time. 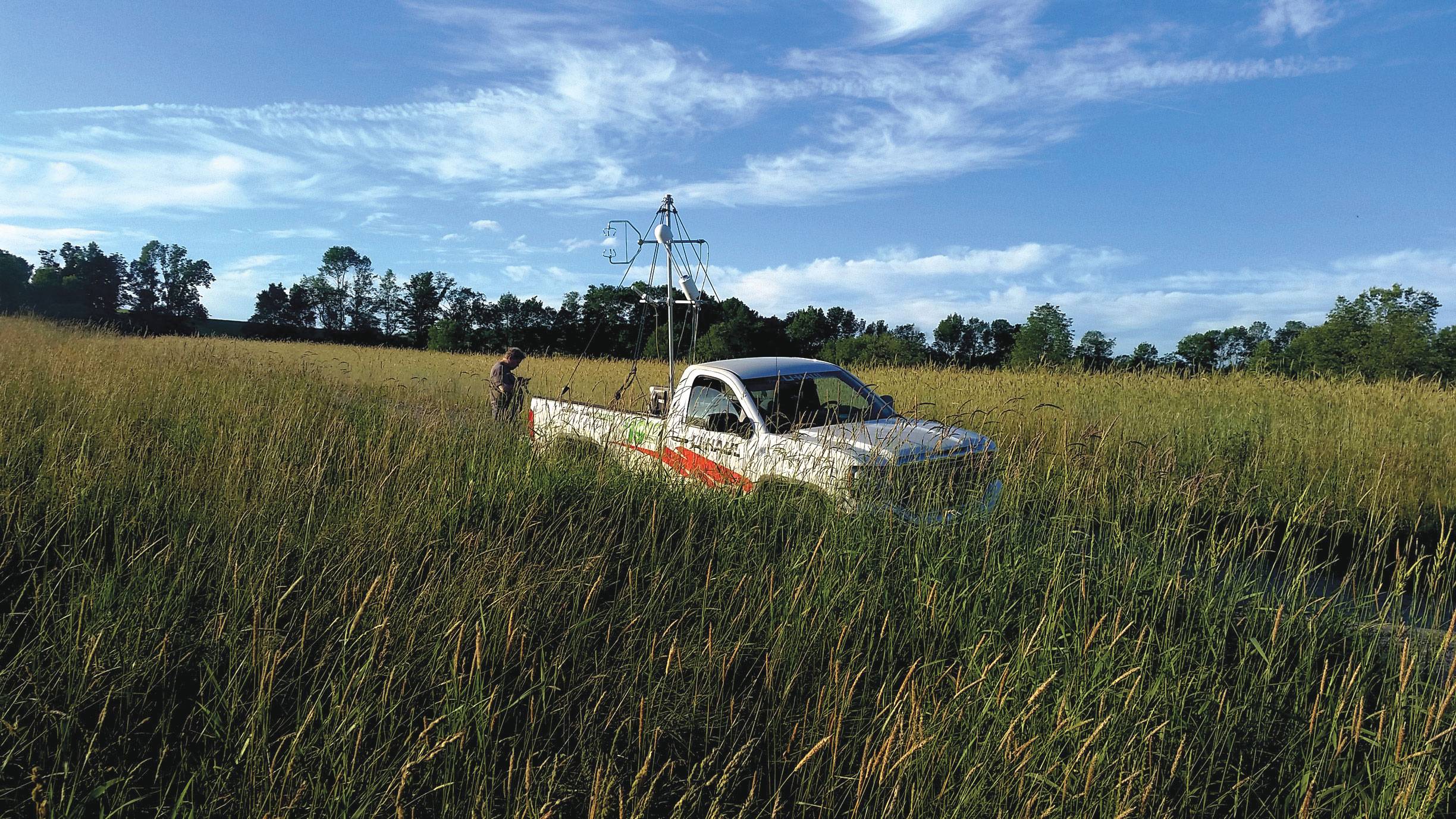 The researchers said the emissions can result from a variety of practices, including the intentional opening of valves to relieve pressure at wells, or from valves that are unintentionally stuck open. Previous studies have looked at small samples of wells in Texas and West Virginia and reached similar conclusions about the impact of “superemitters.” The new research is the first to look at operations over the most productive shale basin in the U.S. and represents the largest total number of wells measured.

Along with Zondlo, who is former associate director for external partnerships at the Andlinger Center for Energy and the Environment, principal researchers on the team include Elie Bou-Zeid, professor of civil and environmental engineering, and Jeffrey Fitts, former research scholar in the Department of Civil and Environmental Engineering and former research and development strategist at the Andlinger Center. Dana Caulton, a former postdoctoral researcher in Zondlo’s lab, led the field sampling.

The lasers that Zondlo and the team use in the mobile laboratory, the Princeton Atmospheric Chemistry Experiment, measure the concentration of methane in the air by shooting a precise wavelength of light through the air and seeing how much light is absorbed by the gases in the air, specifically by methane. Using this technique, the researchers could discern the amount of methane in the air and calculate an emissions rate tied to the well.

The findings present a path toward eventually limiting carbon pollution from gas extraction, Zondlo said. A better understanding of why and how certain wells leak more than others can inform “practical pathways for mitigation,” he said.

Natural gas is composed of mostly methane, which is among the most potent greenhouse gases and about 30 times better able to trap heat than carbon dioxide, speeding global warming. Natural gas is an important part of the fuel mix in the United States, accounting for about 35% of electricity production and heating about 60 million American homes each year. Even in the most efficient operations, some leakage is expected. But Zondlo said the new findings show the possibility to vastly reduce the industry’s environmental impact.

Currently, gas companies typically look for leaks using infrared imaging cameras, which identify the leakage by “seeing” methane, but this technology is not sensitive enough to capture most leaks unless the camera is almost on top of the leak location itself. Infrared imaging cameras therefore are not great survey tools to screen a wide site, nor do they provide quantitative data on how much methane is released.

Despite the fact that superemitters may vary in time, depending on if the emissions are from a one-time stuck valve or an ongoing issue, such as a leaky flange, Zondlo said the methodology that the research group used could help capture the distribution of emissions over time.

Zondlo estimates using the lasers could increase monitoring costs at first, but he said that gas companies would recoup much of that by recovering lost product. If properly equipped, service vehicles that work on the wells could provide a route to effectively monitor emissions when coupled with common wind speed and direction forecasts, he said.

“If routine service vehicles were equipped with methane sensors, it could flag well pads where methane levels greatly exceeded past visits and identify the most problematic ones,” Zondlo said.

He said his technology and many other promising technologies exist, and now it is an issue to scale the technologies and implement them in the field. Most of the lasers used in his mobile laboratory are custom-made and expensive to build, but Zondlo said he is working on producing the lasers with more commonplace materials, such as LEDs.

Adam Brandt, associate professor of energy resources engineering at Stanford University who is unaffiliated with the study, said the research “suggests that finding and fixing these small number of ‘superemitters’ could be a cost-effective way to drastically reduce greenhouse gas emissions from gas production operations.”

David Lyon, a scientist at Environmental Defense Fund who has worked on previous methane emissions assessments, said “the results from this study reinforce the urgent need to reduce methane leaks from Pennsylvania’s existing unconventional gas wells – these leaks represent $70 million in wasted natural gas resources and have a short-term climate impact equivalent to that of nine coal-fired power plants.”

The next step for the researchers is to see what these superemitters have in common. Zondlo plans to study the characteristics of the wells, such as production rate, equipment age and size of the operator to see when and why sites become large emitters in hopes of informing mitigation strategies.