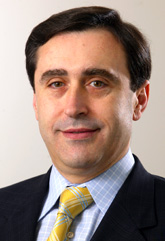 Chemical engineer Christodoulos Floudas is rather like the proteins he studies-able to perform a variety of functions that have major implications for human health. His current research promises to advance the understanding and treatment of cancer, HIV and diabetes, among other diseases.

It’s no easy feat-proteins are notoriously irregular in their structures and behavior. They consist of chains of building blocks called amino acids, which stack together and then fold into complicated, and seemingly unpredictable, patterns and shapes.

Floudas, the Stephen C. Macaleer ’63 Professor in Engineering and Applied Science, matches their complexity with his cleverness, advancing the ongoing scientific quest to predict which shape a protein will take. He does it using his expertise in optimization, which uses mathematical techniques to find the best solutions to problems with many different variables. Aware that nature favors molecules that don’t require much energy to remain stable, Floudas determines which structures would be the most likely for a particular sequence of amino acids. 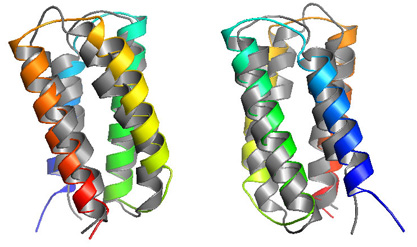 But he doesn’t stop there.

“If I know the structure of a protein-based drug that inhibits disease, can I predict which sequences of amino acids will make it even better?” he asks. Often, the answer is yes. He does this by considering hundreds of slight alterations to a particular drug and predicting which ones will be structurally similar to the original compound, but even more stable and effective. In collaboration with scientists at the University of Pennsylvania and the University of California, Riverside, Floudas worked to improve a promising anti-inflammatory drug, Compstatin, making it 45 times more effective. He is currently involved in a similar project with Robert Siliciano at Johns Hopkins University to enhance Fuzeon, a highly effective anti-HIV drug.

Floudas also collaborates with James Broach, associate chair of molecular biology and associate director of the Lewis-Sigler Institute for Integrative Genomics, on his work to understand how the cell communicates with its environment. Broach conducts experiments that generate enormous amounts of data about thousands of genes under hundreds of different conditions. Floudas develops elegant mathematical models and designs novel optimization algorithms, or methods, to determine the optimal ways for these genes to interact to accomplish a certain task, such as respond to nutrients. His results can then be compared to Broach’s experimental data to confirm biological hypotheses or guide future experiments.

“This work relates to all aspects of human health,” Broach said. “The same pathways are used in yeast and humans to metabolize glucose, which has implications for the treatment of diabetes and obesity. We also look at caloric restriction, and how nutrient intake is tied to increasing lifespan. And the pathways we research regulate the control of cell growth, which relates to cancer.”