For anyone looking for warnings about climate change, a good place to go would be just north of Las Vegas to Lake Mead. On a visit in 2008, I observed that the rock walls circling the lake were whitewashed with salt deposits for about 100 feet above the reservoir’s blue mirror surface. That chalky band marked the normal water level and, after about a decade of sparse precipitation, Lake Mead was critically low.

It is likely to get worse. Climate model projections show that droughts will become more common in the Southwest as we move into the 21st century, and some projections indicate that the reservoir will no longer meet the region’s water needs in as few as 25 years. At Lake Mead, the writing is on the wall for anyone who cares to look. 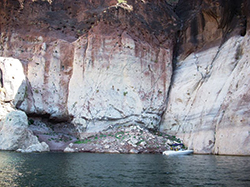 Lake Mead, created by the Hoover Dam, was one of the engineering marvels of the last century. (It is also one of the few named after the engineer who helped create it, Elwood Mead.) It truly made the desert bloom. Rapid growth in the American Southwest has relied on Lake Mead and the other Colorado River reservoirs for both water and power. The city of Las Vegas and much of Southern California could not have developed without it.

At the School of Engineering and Applied Science, we are working on a new generation of solutions to make better use of the water that our society depends upon. Our engineers are monitoring water use in areas ranging from the African savannah to downtown Baltimore. We are flying through the upper atmosphere to measure the impact of water on a changing global climate and wading deep into wetlands to evaluate the impact that pollution has on water quality. Our work encompasses details as tiny as droplets on a goose feather and as massive as hurricanes sweeping across the Atlantic. 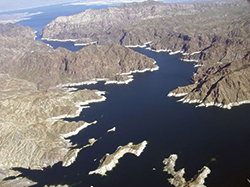 With groundbreaking research such as Ignacio Rodriguez-Iturbe’s work on the virtual water trade, Pablo Debenedetti’s analysis of water at the molecular level, and Eric Wood’s projections of continental drought, Princeton has much to be proud of. But we plan to do more in the future.

One way we would like to do this is to increase our collaborations with other leading scientific organizations. Princeton has historic ties to the nation’s foremost climate modeling group, the Geophysical Fluid Dynamics Laboratory (GFDL), which is part of the National Oceanic and Atmospheric Administration. Located on Princeton’s Forrestal Campus, the laboratory’s scientists are the U.S. government’s primary climate modelers and develop the projections that will guide our future policies. Scientists from GFDL also teach at Princeton, providing key courses in climate and atmospheric sciences. We would like to increase that collaboration, perhaps through jointly appointed faculty members and researchers. 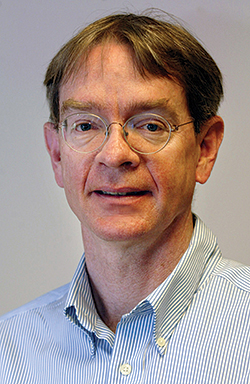 We also plan to continue to work with colleagues throughout the University. Advances in water policy will be explored through collaborations with colleagues at the Woodrow Wilson School of Public and International Affairs. The water-energy nexus will present an emerging research agenda through the Andlinger Center for Energy and the Environment. The broad challenges of providing water for society’s use, while maintaining quality of land, air and water, will be a continuing area of interaction with the Princeton Environmental Institute.

As engineers and scientists, we now face a challenge every bit as great as those facing the men who dug the first footings for the Hoover Dam back in 1931. Finding better ways to use water – to save it, to clean it and to work with it – will be our Hoover Dam. And the future of our country will depend on our work no less than it has depended on the waters of Lake Mead.