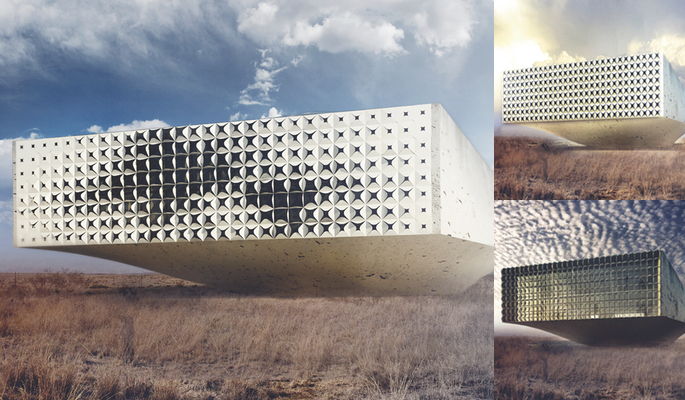 “If we allow structures to move, we can do some very interesting things with them,” said Adriaenssens, an assistant professor of civil and environmental engineering.

Specifically, Adriaenssens is interested in elastic deformation – the ability of a structure to deform in response to a force and then return to its original shape once the force is removed. One of her newest projects involves creating a folding shade on the outside of buildings. The shade would open and close as the sun strikes the structure’s surface – illuminating and darkening the interior as needed.

“It would be a beautiful feature that helps define the architecture,” she said. “But it would also be a component that would be very useful for the building.”

Working with Axel Kilian, an assistant professor of architecture, Adriaenssens is developing a thin structure assembled around bi-metallic beams. When sunlight heats a beam, it expands the two metal components at different rates, causing the beam to flex. By carefully calculating the shape of the cells between the beams, the researchers can build a shade that opens and closes using only the sun’s energy.

“If we change the thickness of the material, the shape of the cells and other components, we can create completely different structures,” she said.

The sunshade project, with its unusual but innovative perspective, is the type of work that is often difficult to support through traditional funding. Adriaenssens has funded the research through the Andlinger Innovation Fund, which is administered by the Andlinger Center for Energy and the Environment and is intended to promote cross-disciplinary collaborations outside traditional funding systems.

“The approach of combining structures, forms and materials for environmental and structural performance is new, and it can be difficult to fit into traditional funding models,” Adriaenssens said. “The grants make it possible to undertake a new kind of research.” 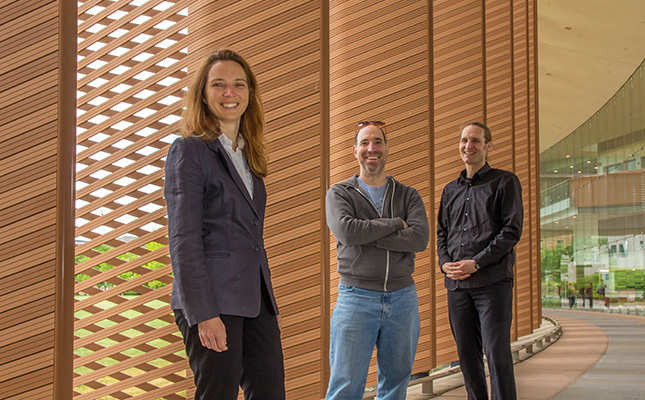 In another unusual project, Adriaenssens and Kilian are teaming up with Adam Finkelstein, a computer science professor, to create a simple reflector to draw daylight into offices. The researchers hope that the work, supported by the University’s Wilke Family Fund, could someday substantially decrease the amount of energy used for lighting a building.

They call the reflector a light shelf. It is simple in concept, but quite complex to pull off. The shelf not only needs to draw light into a variety of shapes and orientations, it also needs to be cheap enough to deploy in large numbers of windows.

“It is a reflective surface that mounts on a window,” Adriaenssens said. “The shelf can be made up of very small areas and each is oriented in such a way that they maximize the amount of light reflected into a room.”

Experts estimate that 14 percent of electricity usage is related to interior lighting and that the amount is up to 60 percent higher in office buildings.

“With this device, we can reduce that usage by 20 to 60 percent depending on the location,” said Adriaenssens, who added that the researchers hope to have a prototype in about a year. “The ultimate goal is to produce a simple device that could reduce energy consumption, particularly in large office buildings.”

Another critical application will be designing the many small structures that make up the shelf with an eye to maximizing the amount of light reflected inside. Finkelstein, a specialist in computer graphics, said it is like focusing an array of tiny mirrors to produce a beam of light.

“The idea is to redirect light coming from the sun to bounce off the ceiling the same way that light fixtures do,” he said. “It’s hard to make a reflector that works optimally for any orientation of window, at any latitude, at any time of the year and at any time of the day. So part of the goal of the project is to think about how to design a reflector that would do a reasonable job across different times of day and times of the year and that can be customized for a particular location.”