Hydraulic fracturing, or fracking, provides critical energy for society, but also uses large amounts of fresh water while producing corresponding amounts of wastewater. Water-based foams, which use about 90 percent less water than fracking fluids, provide an alternative, but the mechanism for foam-driven fracture in such drilling is not well understood.

Now, Princeton researchers led by Howard Stone, the Donald R. Dixon ’69 and Elizabeth W. Dixon Professor of Mechanical and Aerospace Engineering, have experimentally tested a detailed description of foam’s fracturing behavior. The researchers reported their results in a July 26 article in the journal PNAS. 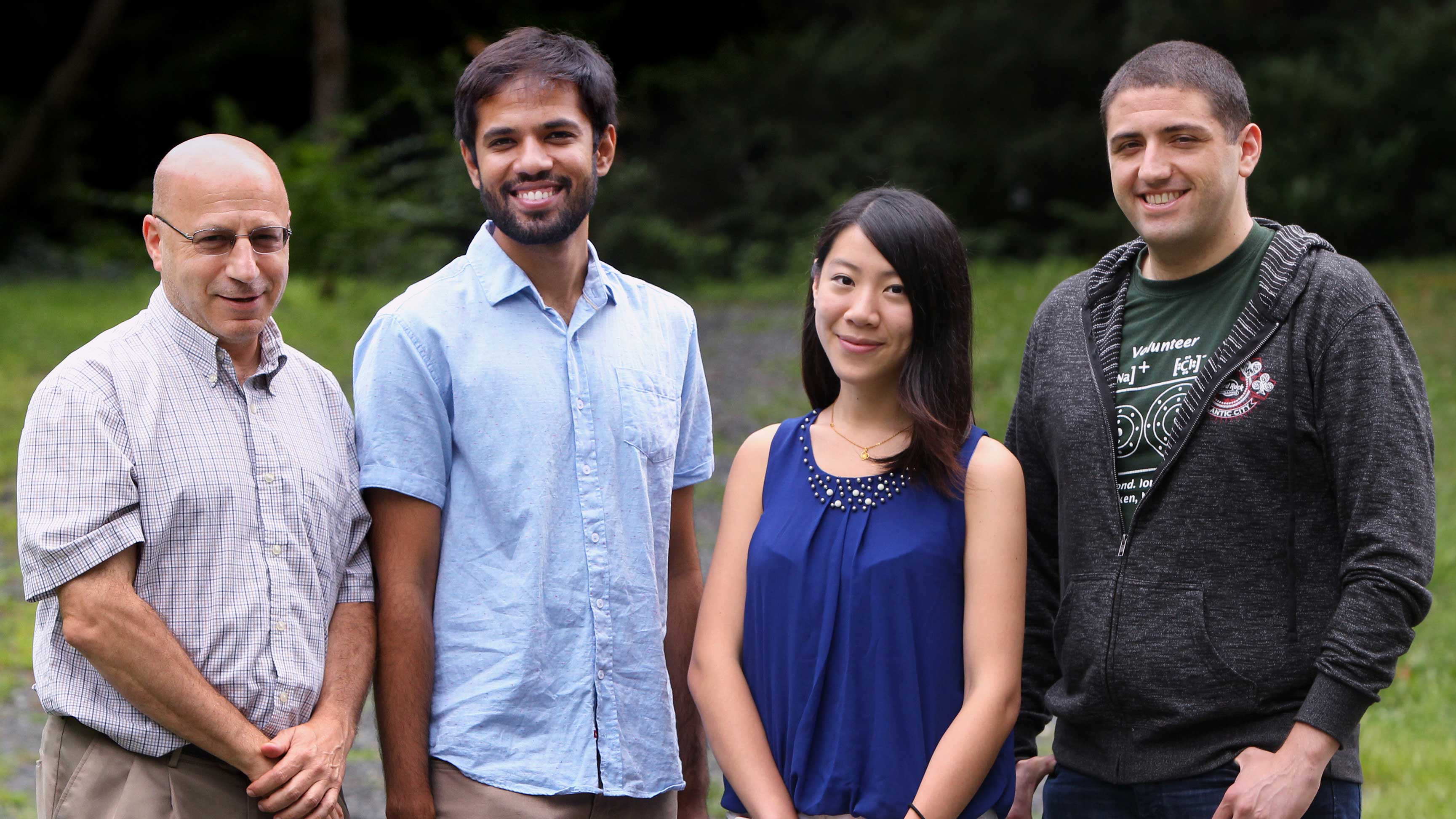 Foam, gas bubbles suspended in a liquid, are compressible; liquids are not. In typical hydraulic fracturing, incompressible fluid is injected at high pressure to fracture the shale reservoir. When compressible foams are injected, the behavior of foams is more complex. Pressure applied to foam causes bubbles to squeeze and expand, creating changes throughout the foam.

Using a tabletop setup, the researchers simulated fracking using a common foam (shaving cream) injected into a gelatin-filled chamber. The experiment, which mimics fracking conditions, allowed them to study parameters such as injection rate and fluid viscosity. The researchers used the data to produce a detailed description of compressible foam’s impact on fracturing.

“The foam we use here consists [of] only about 10 percent of the water by volume,” said Ching-Yao Lai, the paper’s lead author who received her doctorate in mechanical and aerospace engineering from Princeton this spring. “The majority of the space in foams is taken up by gas bubbles. The use of foams significantly changes the dynamics of fracture propagation compared to the standard cases with water injection.

“Foam fracturing has been developed in Canada to minimize the use of water and other environmental issues caused by the water injection. This motivates us to develop a system to study the physics behind fracturing with foams,” Lai said.

The researchers said the analysis can be extended to other flow systems that use compressible foams such as firefighting and energy storage.

“This project allowed us to study a little-studied aspect of fluid-driven fracture,” Stone said. “It also allowed us to develop new insights relevant to other poorly understood foam flows, which we hope to study in the future.”

In addition to Stone and Lai, the paper’s authors include: Bhargav Rallabandi and Antonio Perazzo, postdoctoral researchers at Princeton; Zhong Zheng, who received his doctorate at Princeton and is now a researcher at Cambridge University; and Samuel Smiddy, who graduated with a degree in chemical and biological engineering from Princeton this year. Support for the work was provided in part by the National Science Foundation, the Maeder Graduate Fellowship of the Andlinger Center for Energy and the Environment, the Mary and Randall Hack ’69 Graduate Fund of the Princeton Environmental Institute, and the Carbon Mitigation Initiative of Princeton University.