The American Physical Society has selected Szymon Suckewer, professor of mechanical and aerospace engineering and co-director of the Program in Plasma Science and Technology, to receive the 2007 Arthur Schawlow Prize in Laser Science. 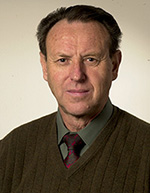 Awarded annually to recognize a scientist’s outstanding contributions to basic research using lasers, the prize will be presented to Suckewer to honor his “pioneering contributions to the generation of ultra-short wavelength and femtosecond lasers and x-ray microscopy.” The presentation ceremony will take place in September 2007 at the annual meeting of the Optical Society of America in San Jose, Calif.

Suckewer, who earned his Ph.D. and D.Sc. in physics from Warsaw University in Poland, has been a member of the Princeton faculty since 1987. Prior to his time at the University, he spent 12 years conducting research at the Princeton Plasma Physics Laboratory. He is a Fellow of the American Physical Society and the Optical Society of America. In 2005, he received another major prize in the field, the W.E. Lamb Medal for “outstanding contributions to laser science, especially the development of X-ray lasers.”

His research interests include the development and application of X-ray lasers and ultra-short pulse lasers. In addition to ongoing work with lasers to study the properties and dynamics of matter, Suckewer recently expanded his research efforts to include the use of lasers in biomaterials and medical devices.