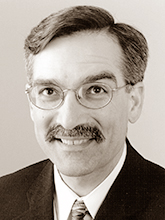 Princeton Engineering professors Michael Celia *83 and Robert Socolow were involved in the Intergovernmental Panel on Climate Change that was awarded the 2007 Nobel Peace Prize on Friday, Oct. 12.

The Norwegian Nobel Committee announced that the prize would be shared by former U.S. Vice President Al Gore and the IPCC for their efforts to “build up and disseminate greater knowledge about man-made climate change, and to lay the foundations for the measures that are needed to counteract such change.”

The IPCC was created by the U.N. General Assembly in 1988 to provide objective policy advice in response to the growing concern about the risk of climate change. Thousands of scientists and officials from more than 100 countries have collaborated on IPCC reports over the past two decades. Celia and Socolow are among 10 Princeton researchers who contributed to the reports. 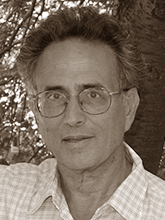 Two panel reports presented earlier this year concluded it was very likely that humans were responsible for global warming, and that rising temperatures would likely accelerate if steps were not taken to address the warming trend.

Celia, professor and chair of civil and environmental engineering, is actively involved in the Carbon Mitigation Initiative and a director of the Water in Africa initiative. Part of Celia’s research addresses the safety and feasibility of injecting captured carbon dioxide into geological formations deep underground as a way to keep the greenhouse gas out of the atmosphere. In recognition of his contributions, he was named the 2008 Henry Darcy Distinguished Lecturer of the National Ground Water Association.

Socolow, a professor of mechanical and aerospace engineering, is the co-director of the Carbon Mitigation Initiative, a joint project of Princeton, BP and the Ford Motor Co. that seeks solutions to the global warming problem. He is currently serving on the Grand Challenges for Engineering committee of the National Academy of Engineering and was one of 15 energy experts who contributed to a recently released InterAcademy Council report on global energy development commissioned by the governments of Brazil and China.