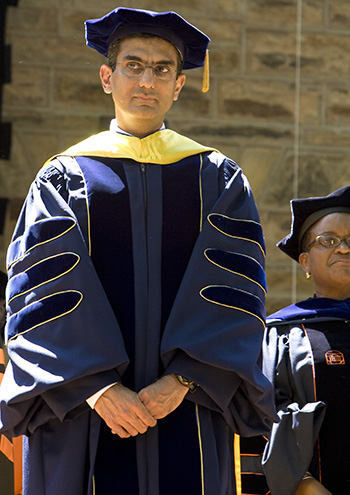 Malik joined the Department of Electrical Engineering in 1991 and has directed Princeton’s Center for Innovation in Engineering Education since 2006. A former student recalled that “It was exhilarating to be the beneficiary of the high standards he set forth for both learning and teaching.”

Regarding Malik’s work with the Keller Center, a colleague wrote, “He has stimulated the development of new curricular and noncurricular initiatives in areas such as entrepreneurship, summer seminars, freshman seminars, experiential learning and departmental curricula.

“He has taken seriously the charge to prepare all students, both in engineering and in the liberal arts, to be leaders in a technology-driven society.” 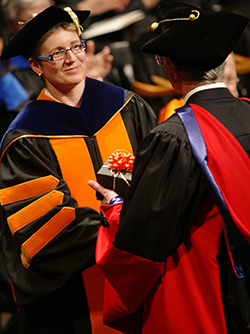 Claire Gmachl, professor of electrical engineering and director of the Mid-InfraRed Technologies for Health and the Environment Center, won the McGraw Center for Teaching and Learning Graduate Mentoring Award and the Graduate School’s hooding ceremony June 1.

In addition to pioneering the development of new lasers and their applications in health and the environment, Gmachl has been a creative teacher and serves as the faculty adviser for the Graduate Women in Science and Engineering group.

One fifth-year advisee wrote that Gmachl “marries the competitiveness that makes a world-class researcher with the compassion that makes the best of confidants.” A former student said Gmachl “trains students to form a broad view of the research through her cooperative team-working style.” 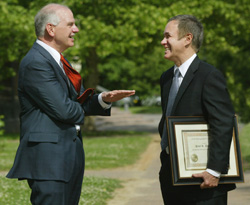 The school recognized Prucnal for his dedication and success not only in teaching but in mentoring students and integrating them into his cutting-edge research on optical communications. Among many accolades from students, one wrote:

“Clearly, the professor, Professor Prucnal, is an authority in his field, and he used his extensive knowledge to present real-world applications of the course material. In addition, Professor Prucnal is an extremely talented teacher and was able to clearly explain difficult concepts and illustrate the connections between seemingly unrelated topics. Also, Professor Prucnal shows genuine concern for his students, despite his busy schedule.” 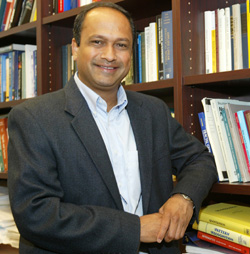 Sanjeev Kulkarni, professor of electrical engineering and master of Butler College, was honored by the Princeton chapter of Phi Beta Kappa with its annual awards for excellence in undergraduate teaching.

Kulkarni has taught a broad range of courses in electrical engineering, computer science, philosophy, and operations research and financial engineering, and won the Princeton University President’s Awards for Distinguished Teaching in 2007. He also has won several Excellence in Teaching Awards from the Undergraduate Engineering Council and has served as master of Butler College since 2004.

In his recommendation, senior Chris Baldassano wrote that Kulkarni is “universally loved by his students” and that “his approach to formal instruction is one that should be emulated by every professor.”

Baldassano added, “As the master of Butler College, he is massively popular with the Butlerites and frequently stops to ask us about our classes and extracurricular activities. … Professor Kulkarni is the kind of teacher, adviser and friend who makes his students proud to go to Princeton.”

Earlier in the year, Sergio Verdu, the Eugene Higgins Professor of Electrical Engineering, was among four faculty members whose excellence in teaching was recognized by the joint undergraduate and graduate Engineering Councils.