Technologies for removing carbon dioxide from the atmosphere are unlikely to offer
an economically feasible way to slow human-driven climate change for several decades, according to a report
issued by the American Physical Society and led by Princeton engineer Robert Socolow.

“We humans should not kid ourselves that we can pour all the carbon dioxide we wish into
the atmosphere right now and pull it out later at little cost,” said Socolow, a professor of
href=”mechanical”>http://www.princeton.edu/mae/”>mechanical and aerospace engineering.

The report, issued by a committee of 13 experts, was co-chaired by Socolow and Michael Desmond, a
chemist at BP. The group looked at technologies known as “Direct Air Capture,” or DAC,
which would involve using chemicals to absorb carbon dioxide from the open air, concentrating the carbon
dioxide, and then storing it safely underground.

[The full report is available from the American”>http://www.aps.org/about/pressreleases/dac11.cfm”>American
Physical Society.] 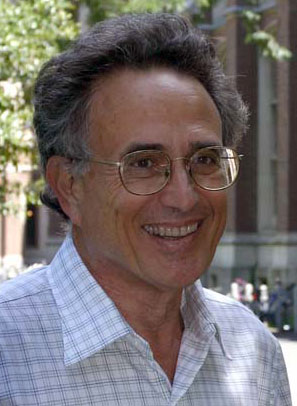 title=”Robert Socolow” width=”150″ />In essence, the committee found that such a
strategy would be far more expensive than simply preventing the emission of the carbon dioxide in the first
place.

Making optimistic assumptions about initial DAC technologies, the committee concluded that, from
the evidence it had seen, building and operating a system would cost at least $600 per metric ton of carbon
dioxide removed from the atmosphere, for a system that could work today. Building a system big enough to
compensate for the emissions of a 1,000-megawatt coal power plant would require 30 kilometers of equipment.
In comparison, removing carbon dioxide from the flue gas of a coal-fired power plant would cost about $80
per ton.

As a result, the group concluded, DAC is not likely to become worthwhile until nearly all the
significant point sources of carbon dioxide are eliminated.

“We ought to be developing plans to bring to an end the carbon dioxide emissions at every
coal and natural gas power plant on the planet,” Socolow said. Beyond using electricity more
efficiently, options are to modify plants so their emissions are kept from the atmosphere or to shut them
down entirely and replace them with low-carbon alternatives, he said.

“We don’t have to do this job overnight. But the technologies we studied in this
report, capable of removing carbon dioxide from the air, are not a substitute for addressing power plants
directly,” Socolow added.

The possibility of using DAC has arisen in policy discussions that contemplate a so-called “overshoot”
strategy in which the target level of carbon dioxide in the atmosphere is exceeded and then reduced later
through use of some air capture technology.

In its report, the group noted that, “No demonstration or pilot-scale DAC system has yet
been deployed anywhere on earth, and it is entirely possible that no DAC concept under discussion today or
yet to be invented will actually succeed in practice. Nonetheless, DAC has entered policy discussions and
deserves close analysis.”

Socolow noted that while the contents of the report serve as a warning against complacency, the
experience of developing the report offers grounds for optimism. “The message of hope is that smart
scientists and engineers are getting more and more interested in energy and climate problems,”
Socolow said.

“The committee that worked on this problem included both senior researchers and
researchers starting their careers, and both industry experts and academics,” he continued. “The
review process elicited contributions from thirty to forty others. Everyone was a volunteer. Leading this
project convinced me that scientists and engineers are poised to provide many creative strategies to reduce
the risks of dangerous climate change.”

The DAC assessment began when it was authorized by the American Physical Society’s Panel of
Public Affairs in 2008. Socolow’s first co-chair was William Brinkman, who was then a senior
research physicist at Princeton and now directs the Office of Science at the Department of Energy. They
convened a meeting of experts at Princeton in March 2009, but then Brinkman’s move to Washington
required him to step down from the group. Socolow continued the project, first with co-chair Arun Majumdar,
who stepped down to direct the Department of Energy’s Advanced Research Projects Agency-Energy
initiative, then with Desmond.