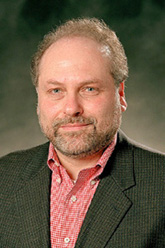 Pablo G. Debenedetti, a professor of chemical and biological engineering and vice dean of the School of Engineering and Applied Science, has been elected to the National Academy of Sciences, one of the highest honors given to scientists in the United States.

Debenedetti, the Class of 1950 Professor in Engineering and Applied Science, is an expert in the thermodynamics and statistical mechanics of liquids, glasses and biomolecules. He is among 84 new members and 21 foreign associates, the Academy announced on May 1.

In his work, Debenedetti has advanced the understanding of the relationship between the molecular structure and the physical properties of fluids and amorphous solids like glass. His research into the properties of proteins in low-water environments has led to advances in the use of proteins in pharmaceutical applications, both through increasing proteins’ stability as well as improving the delivery of small particles of proteins through the upper respiratory tract.

Debenedetti has also explored, theoretically and computationally, the behavior of water at the molecular level. That research includes examining how water droplets spread along surfaces of different chemistry or surface charge and how ice forms in clouds. In 2010, Debenedetti and colleagues from the engineering school received a University Grand Challenge research grant to study the possibility of desalinating seawater through the use of hydrates, crystalline solids that form under certain conditions in water.

The National Academy of Sciences is a private organization of scholars dedicated to furthering scientific research. Created by Congress in 1863, it advises the government on scientific matters. Membership in the Academy is granted in recognition of “distinguished and continuing achievements in original research.” In addition to Debenedetti, Princeton faculty elected as members this year include: Nai Phuan Ong, director of the Princeton Center for Complex Materials and Eugene Higgins Professor of Physics; William Bialek, John Archibold Wheeler/Battelle Professor in Physics; and John Groves, who holds the Hugh Stott Taylor Chair in Chemistry.