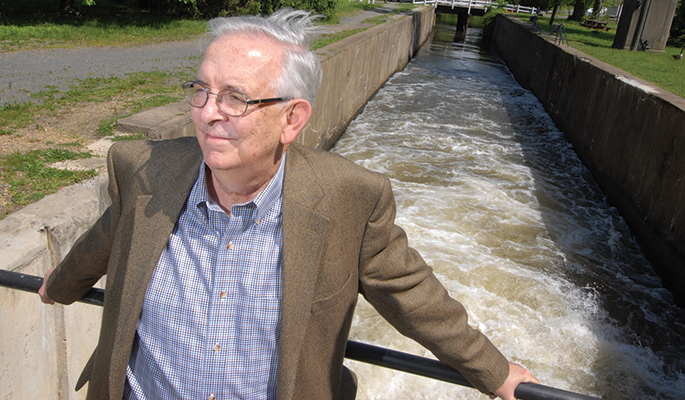 A massive expansion of hydropower planned for the Mekong River Basin in Southeast Asia could have a catastrophic impact on the river’s fishery and millions of people who depend on it, according to a new study by researchers including scientists from Princeton University.

The researchers analyzed a number of scenarios for dam construction along the river and its tributaries. In an article in the Proceedings of the National Academy of Sciences (PNAS), they found that, in the most extreme cases, about a quarter of the migratory fish in the Lower Mekong Basin could be lost.

The researchers warned that ecological damage is not the only concern. The Mekong River Basin, home to 65 million people, is the world’s largest inland fishery, with about two-thirds of the residents depending on subsistence fishing for their diet.

Guy Ziv, the paper’s lead author and a former Princeton researcher, said the importance of the river as a food source makes the impact of development “a major food security concern.”

The construction is being driven by the increasing power needs of the expanding economies of Southeast Asia. Dams constructed in Laos, as currently planned, would provide power not only for that country, but also for Thailand and Vietnam.

The researchers recognized the importance of power to the region, and that hydropower offers many advantages over other sources such as fossil fuels. But they said governments in the region should carefully consider the tradeoffs before continuing with the dam projects.

“Large rivers of the world are fundamentally important ecosystems,” said Ignacio Rodriguez-Iturbe, the James S. McDonnell Distinguished University Professor of Civil and Environmental Engineering at Princeton and one of the authors. “Frequently, the urgent need for hydropower generation leads to a neglect of crucially important considerations like biodiversity and fish resources when planning the construction of dams along the rivers.” 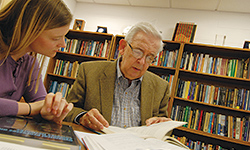 The PNAS report offers an opportunity to consider these tradeoffs as well as a set of possible solutions that the researchers said would minimize the impact on the river’s fish for different levels of energy production. The researchers delivered a series of recommendations regarding which dams were most damaging so that countries in the regions can make informed choices. In particular, the researchers recommended against building dams on tributary rivers, which tended to be the most imprtant for the survival of migratory fish.

“We are not saying you should not build dams,” Ziv said. “We are saying that you should build to minimize the impact.”

Ziv is a research scientist at Stanford University who wrote the paper while working at Princeton. His co-authors are Simon Levin of the Department of Ecology and Evolutionary Biology at Princeton; Rodriguez-Iturbe of the School of Engineering and Applied Science at Princeton; Eric Baran of the WorldFish Center in Phnom Penh, Cambodia; and So Nam of the Cambodian Fisheries Administration. The research was supported by the James S. McDonnell Foundation, the AXA Research Fund, Mitsui-Bussan and the government of Japan. 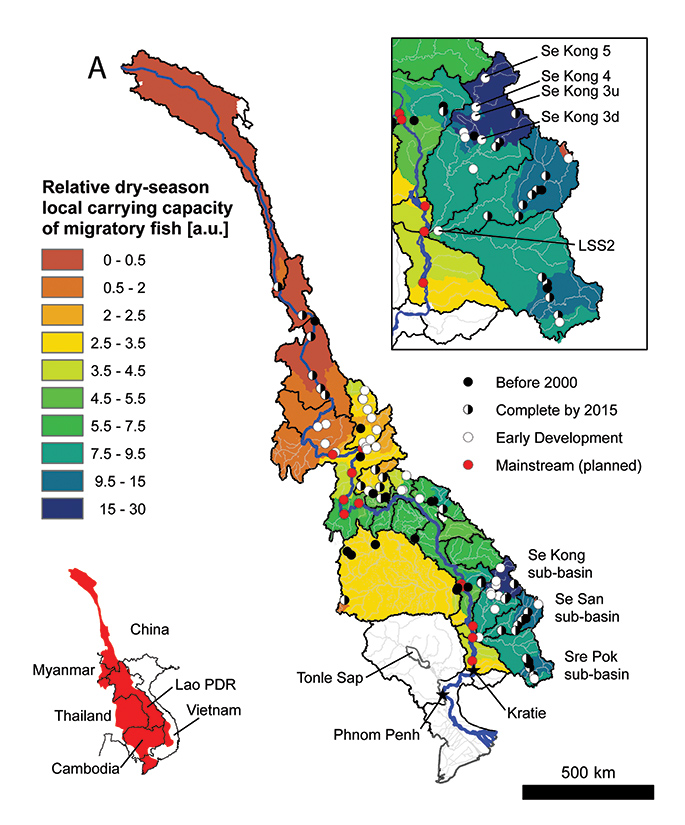 The Mekong, which runs through Southeast Asia from Tibet to the South China Sea, is one of the world’s most diverse fish habitats. The researchers identified 877 species of fish in the Lower Mekong Basin, including 103 migratory species that would be affected by dam construction.

“The Mekong is one of the richest spots in the world,” said Levin, the George M. Moffett Professor of Biology at Princeton. “It is a diversity hotspot.”

Ziv said the researchers felt their report was a positive one overall. If the countries in the region can work together, they potentially could generate a large amount of energy without doing a tremendous amount of damage to the river, he said.

“You can reach a pretty large level of energy production without losing a lot of biomass,” he said. “However, our results suggest that there are some dams that you can and should avoid.”