Two faculty members of the School of Engineering and Applied Science have been awarded the Presidential Early Career Award for Scientists and Engineers.

The PECASE award is the highest honor that the U.S. government gives to scientists and engineers starting their careers as independent researchers. It recognizes scientific leadership and the potential to advance scientific and technical knowledge. 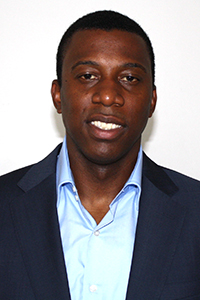 He is the recipient of the Quadrant Award, the ACS New Investigator Grant, the 3M Non-Tenured Faculty Grant, the NSF CAREER Award, an AFOSR YIP Award, the Wentz Junior Faculty Award from the School of Engineering and Applied Science at Princeton University, and was named a 2013 Diverse Emerging Scholar. He joined the Princeton faculty in 2009 after receiving his doctorate from Northwestern University. 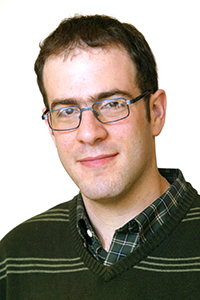 Ramon van Handel, assistant professor of operations research and financial engineering. Van Handel’s broad research interests are in probability theory and stochastic analysis and in their applications in science, engineering and mathematics. His work seeks to establish a systematic understanding of the interplay between complex models, randomness and data that arises in many forecasting problems.

Van Handel, who is also an associated faculty member in applied and computational mathematics, is a recipient of the National Science Foundation’s CAREER Award, the E. Lawrence Keyes Jr./Emerson Electric Co. Faculty Advancement Award, and the Princeton University Graduate Mentoring Award. He joined the Princeton faculty in 2009 and received his doctorate from the California Institute of Technology.

The PECASE Awards were established in 1996 and are coordinated by the Office of Science and Technology Policy in the executive office of the White House. The recipients are nominated by a number of government agencies, and both Priestley and van Handel were nominated by the Defense Department.

In announcing this year’s 102 recipients, President Barack Obama said their achievements “are promissing indicators of even greater successes ahead.”

“We are grateful for their commitment to generating the scientific and technical advancements that will ensure America’s global leadership for many years to come,” Obama said in a Dec. 23 release.

Recipients will receive their awards later this year at a ceremony in Washington.