Two Princeton faculty members have been named fellows of the Association for Computing Machinery, the world’s largest scientific computing society. 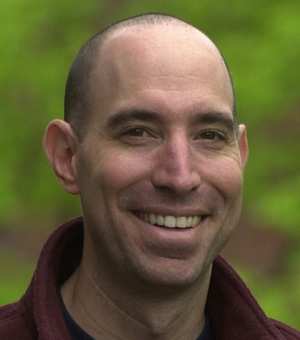 Adam Finkelstein, a professor of computer science, and Sharad Malik, chair of the electrical engineering department, are among 47 fellows recognized this year for their contributions to computer science.

Finkelstein, whose research concentrates on computer graphics and the creation of tools that support artists’ creative expression, was recognized by ACM for “contributions to non-photorealistic rendering, multi-resolution representations, and computer graphics.” One of the organizers of Princeton’s Art of Science exhibition, Finkelstein has consulted with the Adobe Creative Technologies Lab and Pixar Animation Studios. He is a recipient, among other honors, of the National Science Foundation CAREER Award and an Alfred P. Sloan Foundation grant. Finkelstein joined the Princeton faculty in 1997. He received his doctorate from the University of Washington. 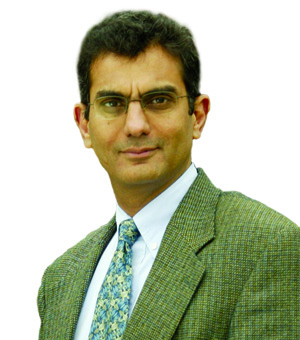 Malik, the George Van Ness Lothrop Professor of Engineering, specializes in methods for designing computing systems that account for strengths and weaknesses of new computing technologies as well as the requirements of emerging uses of computers. He was recognized by ACM for “contributions to efficient and capable SAT solvers, and accurate embedded software models.” In addition to serving as the chairman of the electrical engineering department, Malik is also the associate director of the multi-university Center for Future Architectures Research and previously served as the director of the multi-university Gigascale Systems Research Center. He has also served as the director of Princeton’s Keller Center for Innovation in Engineering Education. Among other honors, Malik has received of The IEEE/ACM Design Automation Conference 50th Anniversary Most Cited Paper Award, the CAV Award for fundamental contributions to the development of high-performance Boolean satisfiability solvers, the Princeton University President’s Award for Distinguished Teaching, and the Distinguished Alumni Award for the Indian Institute of Technology. He joined the Princeton faculty in 1991, and received his Ph.D. from the University of California, Berkeley.

ACM fellows are selected in recognition of outstanding accomplishments in computing and information technology and represent the top one percent of ACM members. The new ACM fellows will be formally recognized by the association at its annual awards banquet in San Francisco in June.