The spectacular success of our nation’s research enterprise since the end of World War II has been based on a model of robust government support for science and engineering research, lucidly articulated in Vannevar Bush’s 1945 historic report to President Truman, “Science – the Endless Frontier.” Basic research has vastly expanded the realm of human knowledge, and has been a driving force behind technological progress, and hence economic well-being and social mobility.

Several metrics suggest that this model, while still the basis of the U.S. research enterprise, faces very significant challenges. Perhaps the most telling shows that the United States has slipped to 10th place, down from second in 1992, among Organization for Economic Cooperation and Development (OECD) countries, when ranked by the ratio of gross domestic expenditures on research and development to gross domestic product, a widely used indicator of a country’s intensity of investment in science and engineering research. (See Restoring the Foundation: “The Vital Role of Research in Preserving the American Dream,” American Academy of Arts and Sciences, 2014.)

In an environment of unusually intense competition for scarce government resources, investigators tend to become risk-averse, and are increasingly likely to submit research proposals that promise definite, hence necessarily incremental, results. Risk-taking and unconventional thinking are thus among the first casualties of uncertainties in government support for research. This is a worrisome trend because it is precisely bold, risk-taking, innovative ideas that invariably drive scientific and technical progress. Preserving mechanisms that support exploration, innovation and fundamental research is essential to the continued health of our country. 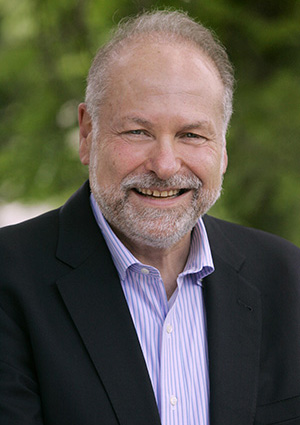 Thanks to the vision and generosity of its many friends, Princeton’s School of Engineering and Applied Science is fortunate to have a thriving system, broadly referred to as “innovation funds,” that encourages and supports risk-taking in research. Every year, engineering faculty members are invited to submit brief proposals (typically two pages plus a budget) to a number of innovation fund competitions. The proposals are reviewed by anonymous groups of faculty peers, who make funding recommendations to Dean H. Vincent Poor. The scope of each innovation fund is distinct, but they all share the encouragement of novelty and unconventional thinking as key criteria in the evaluation of proposals. Funding levels vary across the various programs, with $200,000 over two years being common, allowing a faculty member, for example, to support one graduate student or a postdoctoral researcher, purchase equipment, and hire an undergraduate student during the summer months, for the two-year duration of a project. These generous resources allow a faculty member to test the viability of new ideas or obtain the data needed to support an eventual application for federal funding. Innovation funds thus encourage originality and reward risk-taking, while preserving the allimportant principle of anonymous peer review. They therefore play an irreplaceable role in maintaining the world-class quality, vitality and competitiveness of the School of Engineering’s research enterprise.

The scope of the school’s innovation funds is very broad. Examples of topics or areas of emphasis include human health, exploratory research not easily funded through traditional mechanisms, interdisciplinary research at the intersection of engineering and neuroscience, U.S. energy independence, and algorithms that enhance our understanding of human biochemistry.

The inspiring example of innovation funds at the engineering school is spreading across campus. As dean for research, my office administers innovation fund competitions titled New Ideas in the Natural Sciences, New Industrial Collaborations, New Ideas in the Humanities, Intellectual Property Accelerator, and Collaborations Between Artists and Scientists or Engineers. Especially noteworthy in this context is the Eric and Wendy Schmidt Transformative Technology Fund, which every year awards sums that can be as high as $1 million to one project involving the development of a new and innovative technology. The goal is to create a thriving campus-wide system in support of excellence through creativity in research.

This issue of E-Quad News features examples of research made possible by innovation funds. I hope that you enjoy reading these inspiring accounts of inventiveness and originality in the formulation and pursuit of consequential research