Five Princeton University graduate students in computer science and one in environmental engineering have been awarded prestigious fellowships from the Siebel Scholars Foundation, a program that promotes leadership, academic achievement and the collaborative search for solutions to the world’s most critical issues.

The foundation named the six Siebel Scholars as part of its annual commitment to support the most talented students at top graduate schools of business, computer science, bioengineering, and for the first time this year, in the field of energy science. The Department of Computer Science at Princeton is among eight computer science programs nationally that have been chosen by the foundation for support. In addition, in August the Siebel Energy Institute named Princeton University as an inaugural member, which included naming a Siebel Scholar as well as providing a research grant for a faculty project.

The Siebel Scholars, selected for academic excellence and demonstrated leadership, receive up to $35,000 in financial support as well as inclusion in the overall Siebel Scholars community of more than 1,000 past recipients who have ongoing opportunities to interact at conferences and regional events.

The scholars are an “ever-growing, lifelong community,” said Thomas M. Siebel, chairman of the Siebel Scholars Foundation. “Expanding the program into energy science accelerates the development of innovative, collaborative research to address today’s most pressing challenges.” 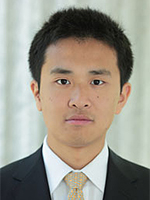 Xinwo Huang is a fourth-year Ph.D. student in the Department of Civil and Environmental Engineering. He has a general interest in energy and environmental studies. His early research focused on modeling large-scale geological carbon sequestration, a technique for burying carbon deep underground to avoid it being released as a greenhouse gas into the atmosphere. Huang uses a range of computational models with varying levels of complexity to examine the behavior of sequestration systems. He used the Basal Aquifer of Canada as a test case, and showed that relatively simple models are appropriate for large-scale analysis of these systems. He is now working on pore-scale models for shale-gas systems. Huang is also a Science, Technology, and Environmental Policy (STEP) fellow within the Woodrow Wilson School of Public and International Affairs. His STEP project focuses on shale gas, synthetic natural gas, and carbon sequestration coexistence in areas with high water stress. Before joining Princeton, Xinwo received a B.S. in mechanical engineering from Tsinghua University in Beijing. 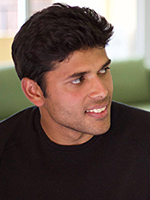 Shivam Agarwal is a second-year master’s student in computer science. He received his bachelor’s degree from Indian Institute of Technology, Bombay. His research interests are in web security and machine learning. His current research project is involves the Open Web Privacy Measurement Platform (OpenWPM), a tool developed at Princeton for detecting, characterizing and quantifying threats to privacy on the web. Argarwal is developing a browser tool which will use machine learning to automatically detect privacy threats such as third-party tracking and browser fingerprinting. In his undergraduate thesis, he developed an extension of the Firefox web browser to prevent XSS, a web-based security attack. Agarwal interned at Facebook Inc. as a software engineer in the ads personalization team. Before coming to Princeton, Agarwal worked full-time for an year in Tower Research Capital, a high-frequency trading firm headquartered at New York. 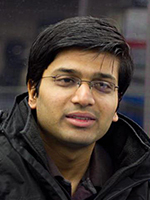 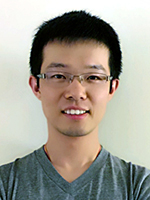 Xin Jin is a Ph.D. candidate computer science with a broad research interest in computer networking and distributed systems. His Ph.D. study focuses on Software-Defined Networking (SDN). He has published several research papers in this area at top computer science conferences. He has interned and collaborated with leading research institutes and cutting-edge startups including Microsoft Research and Rockley Photonics. He received his B.S. in computer science and B.A. in economics from Peking University in 2011, and his master’s degree in computer science from Princeton 2013. He has received many awards and honors, including Princeton’s Charlotte Elizabeth Procter Fellowship (2015) for a top Ph.D. student entering the final year, a Princeton Graduate Fellowship (2011), and two Chinese national scholarships (2009 and 2010). 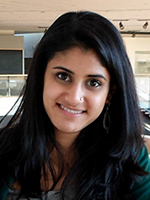 Shilpa Nadimpalli is a Ph.D. candidate in computer science, studying computational biology under the supervision of Professor Mona Singh. Her work explores variation in gene regulatory networks-biological systems responsible for turning genes “on” and “off.” Her research focuses on quantifying this variation over time and evaluating its role in the formation and progression of cancerous tumors. In addition to research, Nadimpalli is involved in community building and STEM outreach efforts, having served on Princeton’s graduate student government and as an undergraduate mentor. Nadimpalli graduated summa cum laude from Tufts University with dual bachelor’s degrees in computer science and biology. She has interned as a researcher at Tufts University, the University of California-Los Angeles, Virginia Tech and the University of Massachusetts Medical School. Upon completing her dissertation, she plans to continue her research as a post-doctoral fellow and eventually as a professor. 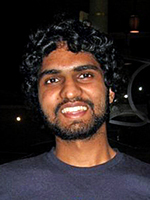 Rajesh Ranganath is a Ph.D. candidate in computer science whose research interests include statistics, machine learning and computation with applications to medicine and neuroscience. Before starting his Ph.D., Ranganath worked as a software engineer for AMA Capital Management. He obtained his B.S. and M.S. from Stanford University in computer science. Ranganath has won several awards and fellowships including the NDSEG graduate fellowship and the Porter Ogden Jacobus Fellowship, the highest honor bestowed upon doctoral students at Princeton University.