At this year’s Innovation Forum at Princeton, Robert Pagels had three minutes to pitch his team’s new method to cram several months’ worth of medicine into a single injection.

“We like to describe it as a cluster of grapes,” said Pagels, a graduate student in chemical and biological engineering. “Each nanoparticle is a grape with its own skin, and we’re clustering them together into microparticles. Microparticles are small enough where they can still fit through a needle, but big enough that you can really load a lot of drug.”

The team’s ultimate goal is to load a large amount of timed-release medicine into a single injection – greatly reducing the number of injections used to treat many diseases. For some diseases, such as diabetes, it could change daily injections to monthly, or even semi-annual, injections. In the developing world, it could help reduce the logistical challenges of delivering medication to remote or extremely poor locations without refrigeration or transportation.

The presentation won top honors at the Keller Center‘s 12th Annual Innovation Forum last week. The event, which showcases Princeton research that has the potential to be commercialized, gives researchers a chance to pitch their work to a panel of investors, entrepreneurs and technology leaders. The top award came with $15,000 funding for the team that includes Pagels, fellow graduate student Chester Markwalter and Robert Prud’homme, a professor of chemical and biological engineering. 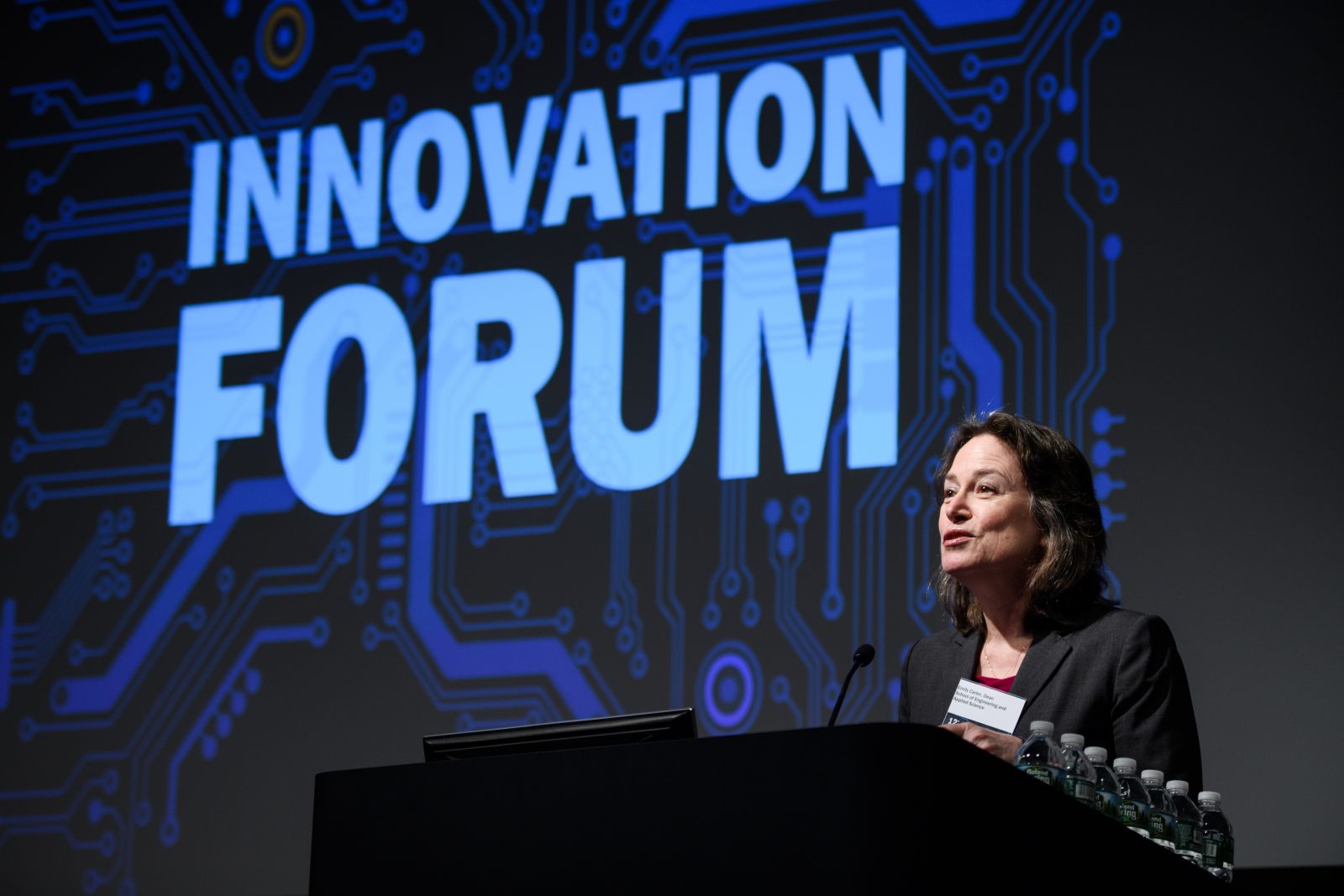 In welcoming remarks, Emily Carter, the dean of the School of Engineering and Applied Science, said the longevity of the forum was a testament to “the vibrancy of research” across the University.

“The engineering school is absolutely not meant to be an island of engineers,” said Carter, the Gerhard R. Andlinger Professor in Energy and the Environment and professor of mechanical and aerospace engineering and applied and computational mathematics. Events like the Innovation Forum help the school “reach out to the rest of the University and beyond to make a difference in the world.”

Richard Buchanan, professor of design, management and innovation at Case Western Reserve University, delivered the keynote speech, “Design, Value Creation and the Products We Love.” Buchanan told students that products will not be successful unless they are useful, usable and desirable to consumers.

“Am I willing to buy a product and bring it into my life? Can I identify with the product? Can I feel comfortable that it’s speaking in my voice or a voice that I trust?” Buchanan asked. “It’s that element of desirability that makes me want to buy it.”

Presentations at this year’s event included improved diagnostic imaging for cancer treatment, bioprinting for use in surgery, and highly sensitive and efficient sensors for heating control in buildings.

Niraj Jha, a professor of electrical engineering and associate director for education at the Andlinger Center for Energy and the Environment, was awarded second place for his proposal to combine cryptography and highly efficient sensors to help secure the internet of things – everyday devices connected to the internet.

Right now, there are some 25 billion “things” – sensors, actuators and processing elements – comprising a vast networks of connected devices in homes, cars, buildings, hospitals and factories. But communications between these sensors and their base stations are typically not encrypted, thus opening the internet of things to massive, persistent attacks.

In his presentation, Jha pointed out that many of these devices do not use encryption because the amount of processing energy required is prohibitive. Jha presented a new method of operations for the sensors that can drastically reduce the energy requirements and allow for efficient encryption.

“We reduce the energy four-fold or more in some cases,” he said.

“You can make an analogy to a hose,” Byers explained. “If you were to stretch out a hose, it would get thinner. As the hose gets thinner, it becomes more difficult to push water through it. This is exactly the same way the electrical properties change with the bending wire – the resistance increases. What we do is measure how the resistance of the wire changes as the speed of the flow changes.”

The team said the sensor is inexpensive to manufacture and easy to deploy with standard injection equipment currently in use. 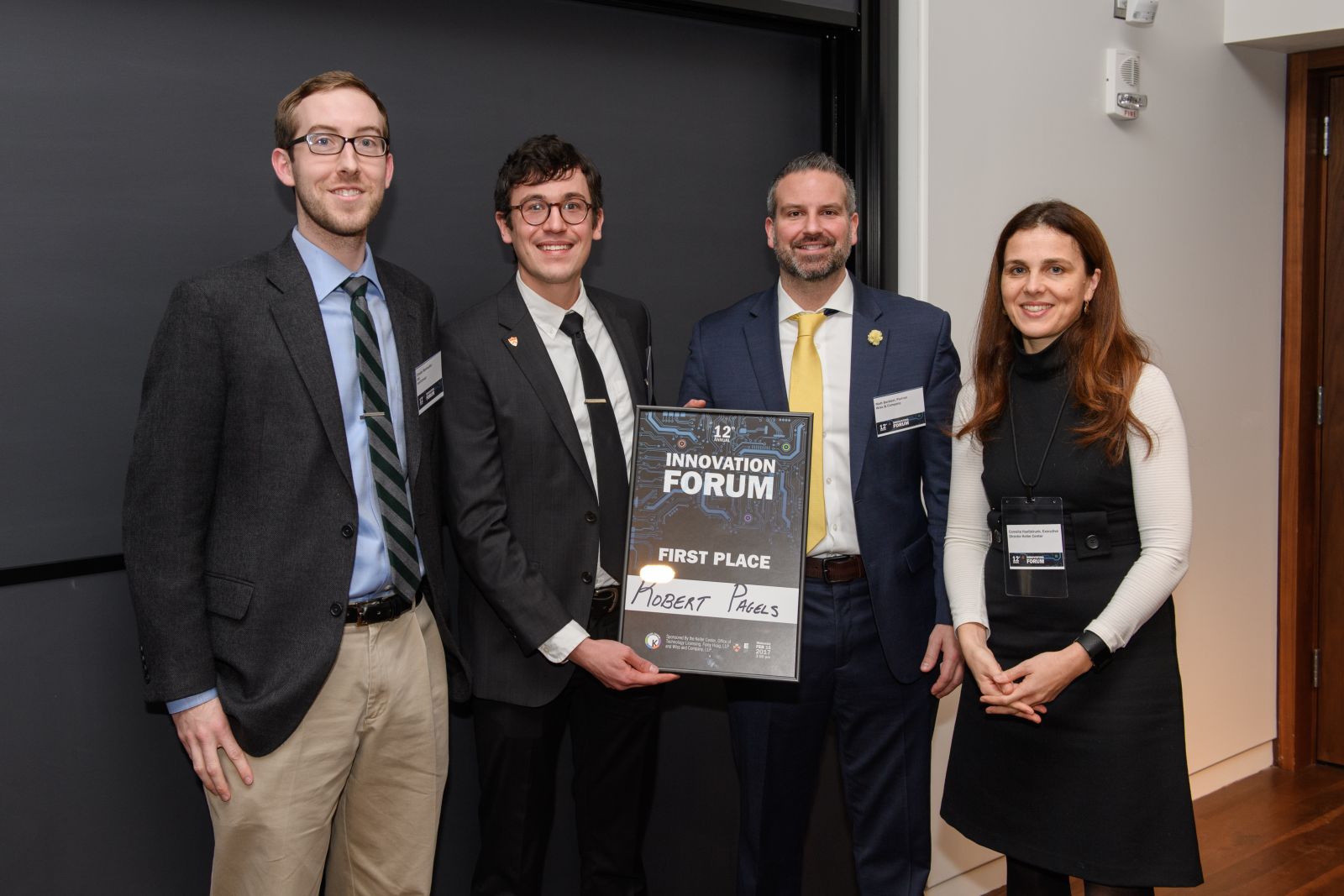 The other presentations were:

‚Ä¢ A system of smart sensors to allow for better heating control for buildings, by Jake Robert Read, researcher at the Waterloo School of Architecture, Ontario, Eric Teitelbaum, graduate student in civil and environmental engineering, and Forrest Meggers, assistant professor of architecture and the Andlinger Center for Energy and the Environment.

The Innovation Forum is sponsored by the Keller Center in conjunction with Princeton’s Office of Technology Licensing; Foley Hoag LLP; and Wiss and Co. LLP. A panel of four judges deliberated 45 minutes on the winners. Judge Jim Cohen, managing director of Fitz Gate Ventures, later said the quality and originality of the presentations were exceptional, and the process was “by no means an easy decision.”

“You can only cover so much in a three-minute pitch, but the ideas and value propositions presented by the seven different startups were extremely innovative, and each has real potential for viable commercialization,” Cohen said.

Cornelia Huellstrunk, executive director of the Keller Center, said the excellence of the work coupled with the keynote talk’s emphasis on human-centric design reflect the qualities of the entrepreneurial ecosystem that has grown at Princeton over the last decade.

“The longevity of the Innovation Forum speaks to the tremendous dedication on behalf of Princeton’s faculty, postdoctoral researchers and graduate students to conducting research and pursuing commercialization,” Huellstrunk said. “This research is being conducted in the context of an increasingly entrepreneurial environment at Princeton.” 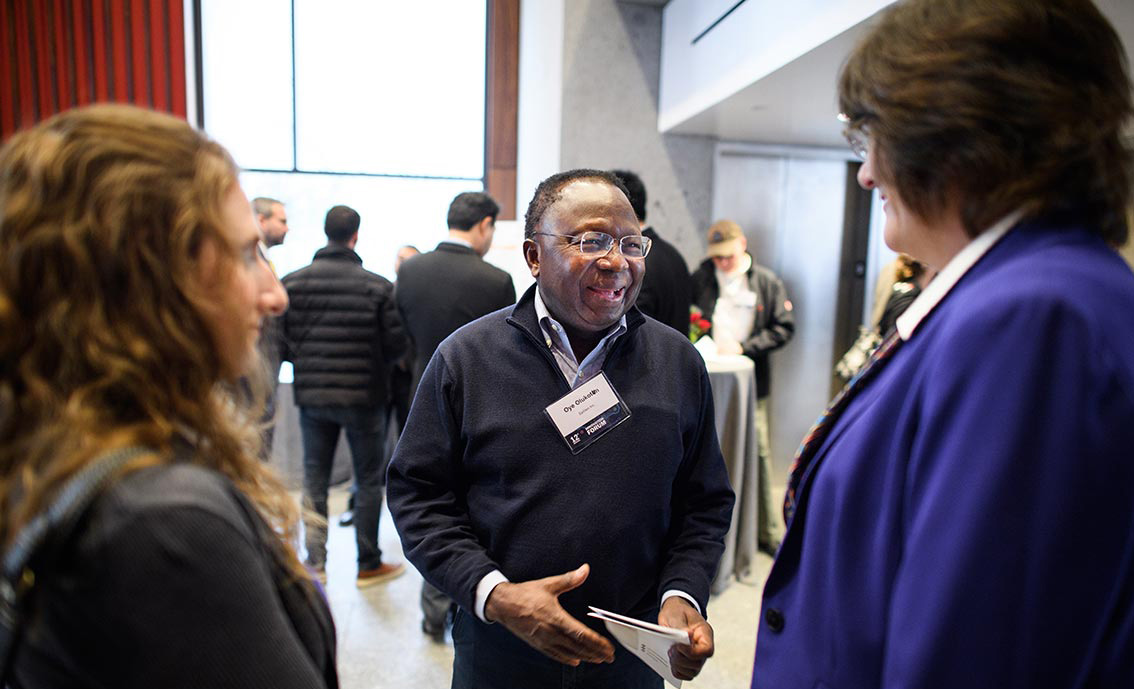