For Anu Ramaswami, an environmental engineer with a longstanding interest in social science and policy, advancing sustainability and improving human wellbeing go hand in hand.

As the world’s urban population grows, Ramaswami believes that improving cities’ physical systems, from traditional infrastructure to food and open space, will be key to improving the welfare of people and the planet. In a commentary article in One Earth, she presents a framework for examining cities’ infrastructure systems and linking them to outcomes in the areas of environmental sustainability, human health and wellbeing, economy and security, and distributional equity. Here, she shares how her background informs this approach – and how she has worked with others to turn research into action.

Ramaswami came to Princeton in August 2019 from the University of Minnesota. She is Princeton’s Sanjay Swani ’87 Professor of India Studies and a professor of civil and environmental engineering, and the Princeton Environmental Institute. She is the inaugural director of the M.S. Chadha Center for Global India at the Princeton Institute for International and Regional Studies. 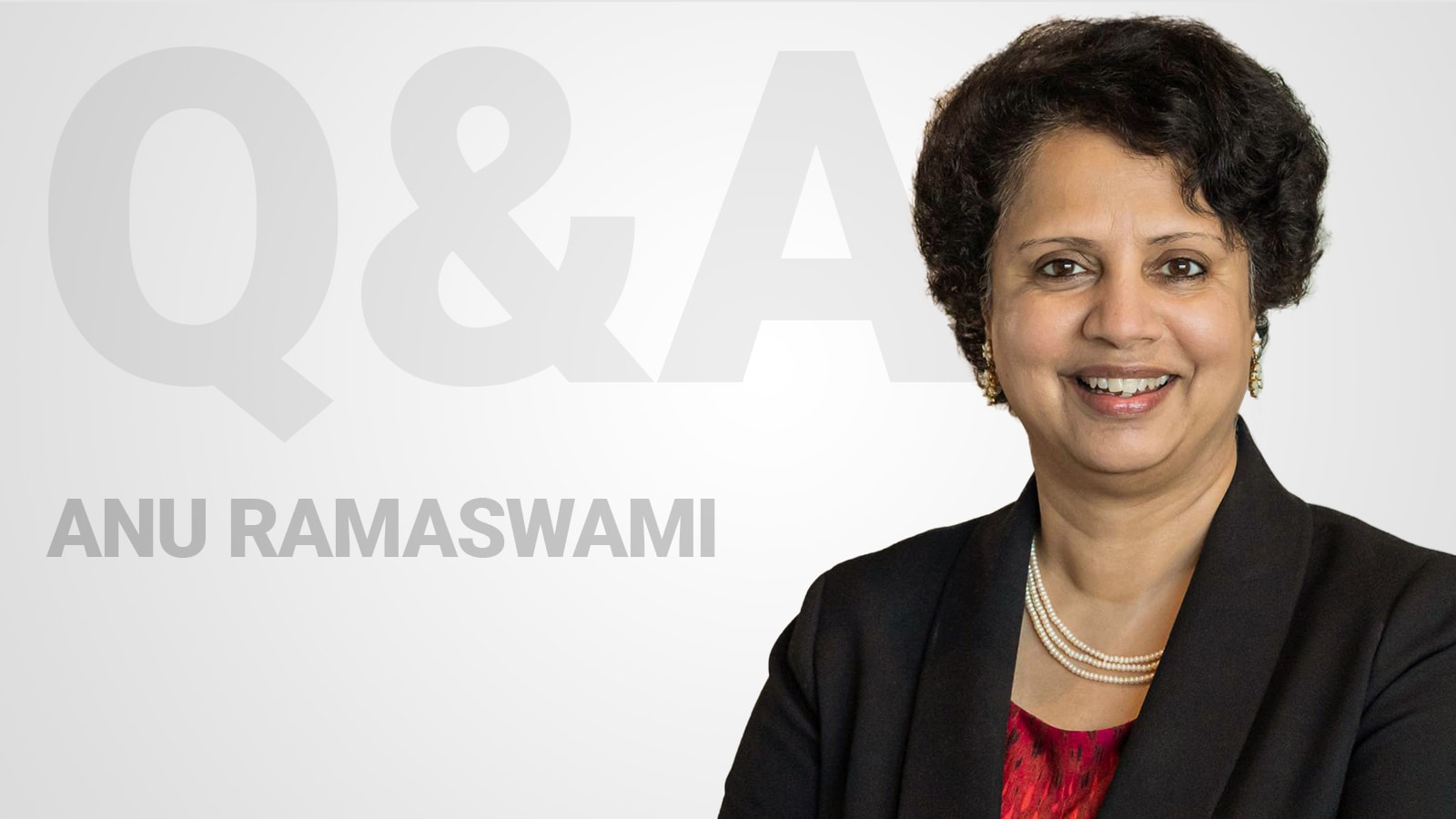 Q. What is your lab’s approach to understanding and improving urban sustainability?

A. Cities now are struggling to define what livability is and how to measure it. Our work on health and wellbeing aims to help cities think of livability and equity and how to prioritize policy actions. In the Sustainable Urban Infrastructure Systems Lab, we integrate research into what we call physical provisioning sectors. These include what we traditionally think of as infrastructure, like energy, buildings, transportation, water and sanitation systems, but also food systems and public spaces – because without all of these, cities couldn’t exist. We take a nexus approach to studying how these physical systems interact with each other and influence the outcomes of health, wellbeing, environment, livability and equity. By understanding how these systems impact these outcomes, we can redesign or transition to better systems.

If we look back just 10 years, cities didn’t know how to measure their greenhouse gas footprints. For several years now, we’ve been developing community-wide infrastructure footprints to assess how cities impact not only greenhouse gases, but also water and land use beyond their boundaries [as in recent work on food systems]. And this methodology actually has become part of the approach for cities to formally report on their greenhouse gas emissions. It looks beyond urban administrative boundaries to track where all of a city’s key provisioning systems come from.

Q. How did you first get into the field of civil and environmental engineering and into sustainability research?

A. When I studied chemical engineering as an undergraduate [at the Indian Institute of Technology in Madras, India], I realized I wanted to work in natural systems, not in traditional chemical engineering, like in a factory. I really was interested in how chemicals behaved in the natural environment. So, I went to Carnegie Mellon to do my Ph.D. in environmental engineering. I also took a fair number of classes in the Department of Engineering and Public Policy at Carnegie Mellon. I got introduced to policy processes, and how science, engineering and policy issues intersect.

And in about 2000, after I got my tenure [at the University of Colorado-Denver], I was working on chemicals in groundwater. I was interested in expanding my horizons to other countries like India, and I got involved with Engineers Without Borders. I helped develop a lot of resources for EWB in its early days, but I also found that students weren’t quite getting trained in the social science that was necessary to do that work well. I was awarded several [National Science Foundation] grants to train engineers to be engaged in social and policy issues. So, my scope became more and more interdisciplinary as I began to work in infrastructure planning and design in collaboration with cities.

One of these projects ended up being an energy infrastructure project in a rural setting in India. So I got into energy research. That’s the beauty of academia: you can expand your scope and your expertise and develop it. At that point I realized, rather than going to other communities around the world and working on sustainability, we have communities right here in the United States where we can help solve these problems. I got a grant that supported five Ph.D. students to work on urban sustainability in the United States. It was life-transforming.

Q. How have you advanced sustainability through city partnerships?

A. With that first group of five Ph.D. students, we established a collaborative relationship with the City and County of Denver that lasted more than 12 years, starting in 2005. We developed the first trans-boundary greenhouse gas footprint for any city – meaning that we accounted for global greenhouse gas emissions associated with the city’s infrastructure that supports the activities of all homes, businesses and industries in the city. We were partners in developing Denver’s first climate action plan. We then partnered with them to report on how the plan was doing and how greenhouse gas emissions were being reduced. Not very many cities track outcomes over time, but we were able to do this with them, monitoring progress every two years over a period of 10 years. This resulted in new methods, new papers co-published with our city partners. For me, it’s been an inspiration that changed the trajectory of my work. And the city, through numerous partnerships with research groups, community groups and government agencies, has seen massive growth in its Climate Action, Sustainability and Resiliency Office, which has now become an established part of the city government. Jointly building capacity with cities is what drives my work.

We are pioneering something called co-production, which is not only knowledge co-production, but also partnerships and long-term relationships with policymakers to help connect the science to policy. It’s different from very top-down approaches, where traditionally scientists serve on expert committees that provide reports, and the recommendations in the reports may be adopted by policymakers. Here, it’s much more hands-on. We’re working with cities collaboratively, meaning that we’re exploring the data together, developing the questions together, interpreting the results together, and then converting it into protocols that work for diverse cities.