"I’m glad to be a Princeton engineer because it lets me be creative in an interdisciplinary work space."

As a member of Professor Naomi Leonard’s Dynamical Control Systems Lab, Anastasia creates models and algorithms of group opinion dynamics, which are inspired by collective behaviors of natural systems, like groups of animals and groups of interconnected neurons.

These models can be useful for programming robot teams to perform jobs such as search-and-rescue missions where the individual robots must act collectively as they react to emerging situations. She also participates in interdisciplinary collaborations, including one with scientists at the Princeton Neuroscience Institute, which looks at ways of understanding human cognition from a mathematical, dynamical systems approach.

One of the most interesting things to her about her work is seeing how universal certain ideas are. She said that studying collective behaviors in animals and neurons translates to thinking about social groups and “to control protocols that I design, which are meant for artificial systems, like robots, or smart cars or whatever it may be down the line, who knows?”

“The universality of the mathematical tools we uses to describe very different systems really stands out to me because it’s kind of beautiful, seeing connections between very unexpected things that are quite similar in principle,” she said.

(Video by the researchers) 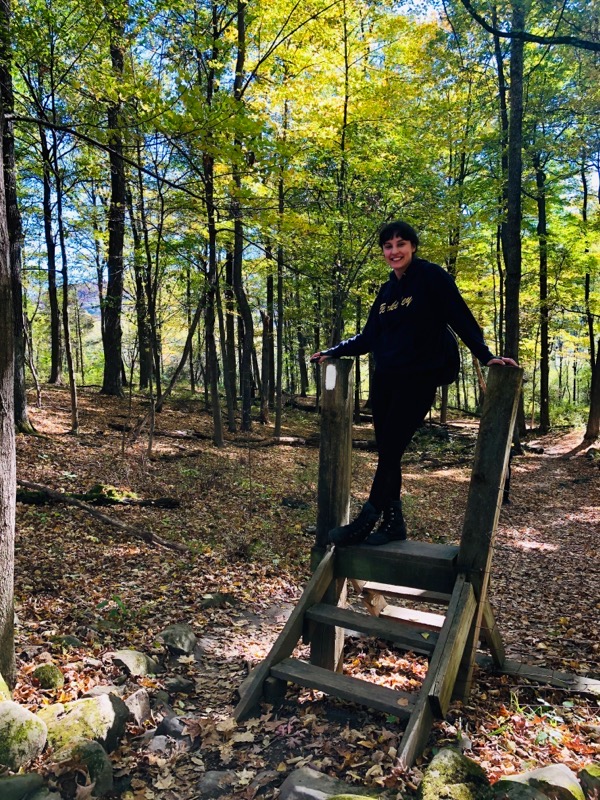 While here at Princeton, she takes part in many activities that are offered by campus groups and advertised through the Graduate School calendar and newsletters. One memorable outing was to a nature preserve where they observed tiny owls.

Anastasia enjoys the suburban nature of Princeton. She says, “just going for walks or hikes, really helps me reset. And I think Princeton is a wonderful place for that because first of all, it’s very safe. And second of all, it’s very green. On my weekends, I sometimes will go for a really long walk down the canal towpath here, and I’ve gone hiking different places near Princeton, and even just walking around campus is very calming and very green. It’s something I do quite a bit to de-stress.”

Anastasia’s advisor was a “huge factor” in why she came to Princeton. “Professor Leonard has a very creative and collaborative career, which is something that I would like to emulate,” she said.

Another big factor that Anastasia liked about Princeton was that the first year is spent taking classes. Princeton engineering, in comparison to other engineering departments she considered, had this requirement and that helped her to switch fields much more smoothly. As an undergraduate she was a physics major, and she joined Princeton without any background in control theory. At other schools, she would have needed to spend the summer before graduate school learning the new subject on her own. At Princeton, she was able to take the necessary classes her first year as part of her coursework requirement.

She also said the generosity of Princeton’s stipend allowed her to concentrate on her studies. “I worked multiple jobs in college, and I really kind of had to really worry about making ends meet all the time. And I did not want to be in graduate school and still feel that way.”

Lastly, she felt the transparency of time-to-degree was a “huge plus” at Princeton. When choosing between universities and programs in engineering, applied math, and physics, she realized that the time-to-degree could be up to seven or eight years in some cases. Princeton engineering students typically finish in five years. “That was a big deal to me as well. I know that if I get all the things checked off in a timely manner that I can be done—it’s a very defined timeline here.”

Bizyaeva, A. (2019) Invited Talk: Symmetry and Synthesis of Agreement and Disagreement Dynamics. SIAM Conference on Applications of Dynamical Systems (DS19).