“I’m a Princeton engineer because I want to study singularity physics in real life." 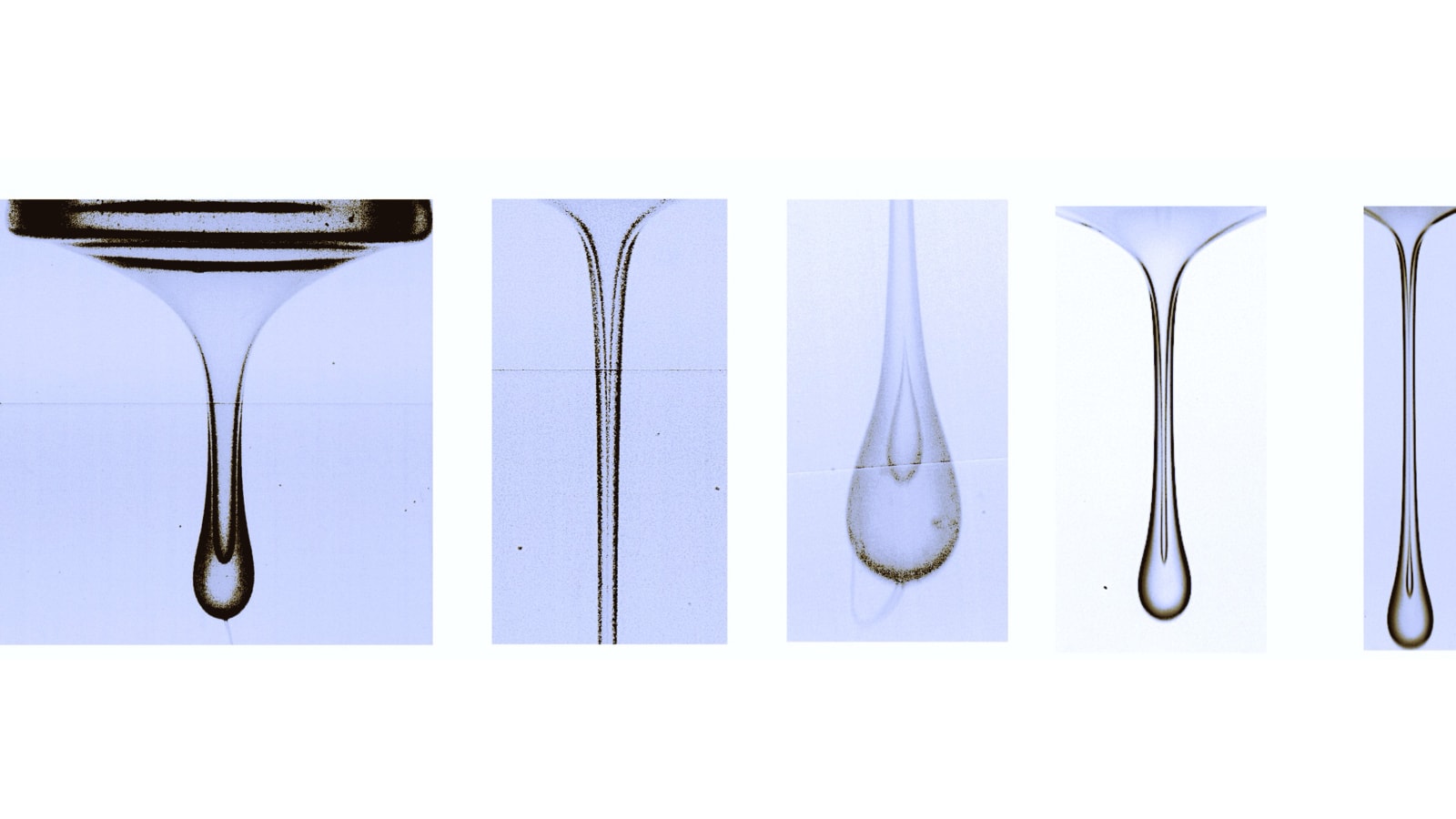 Various stages of drops studied in fluid mechanics. Continuous emission of drops is an often studied problem due to applications from inkjet printing to thin film creation.

Fan’s research is in the area of fluid dynamics, where he works with his advisor, Professor Howard Stone. He specifically studies a fundamental question known as the dripping problem and how it applies to thin films, which are important for a wide range of high-performance materials and devices. This research area, first identified more than 200 years ago, seeks to describe, predict, and accurately model the topological transitions as liquids of various viscosities form droplets. This process is critical in inkjet printing, the paint industry, and in fabricating and redefining structures.

Water running out of a faucet illustrates the basic physics of the dripping problem. When the faucet runs, the water appears to be a continuous column, but actually is a series of droplets held together by surface tension. Understanding the formation of these droplets involves complex mathematics that are useful at a wide range of scales, including understanding the structure of the universe. But while some of the applications are complex, some are quite simple. Fan’s research explains at a fundamental level what happens when kids create soap bubbles around a ring dipped into viscous liquid. That ephemeral childhood delight is similar to the thin films that Fan studies in his lab, but with liquids of various viscosities.

Fan developed a strong interest in physics during high school. Rather than take the competitive Chinese national college entrance exam, he was given an opportunity to participate in the Science Olympiad team. He credits being on the team, which finished first place, with instilling in him a positive spirit of team competition. This experience took science out of the textbook and into real life and made it a collective effort. 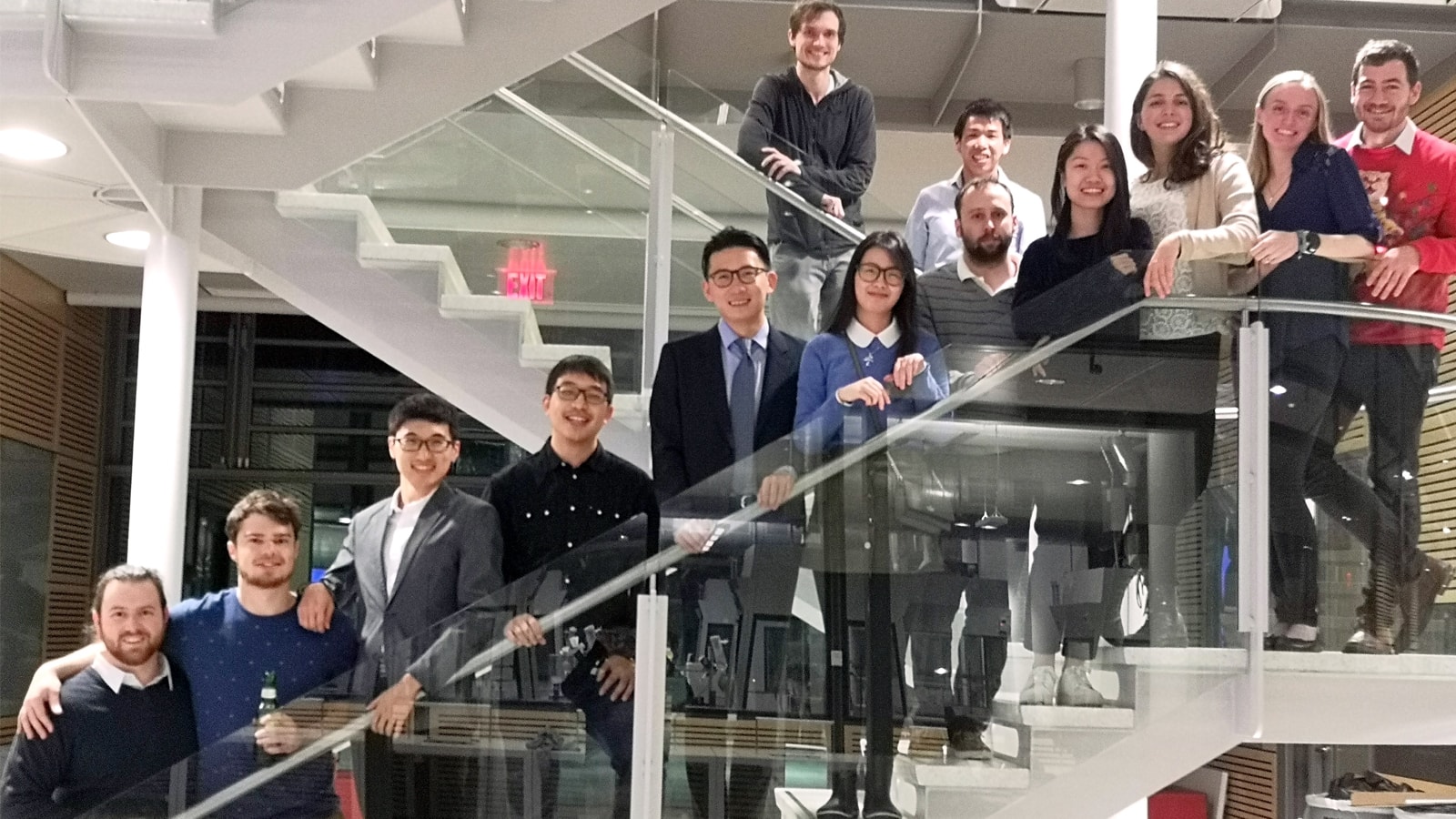 Fan Yang is a member of the lab of Professor Howard Stone.

As an undergraduate at Tsinghua University, Fan realized that he preferred doing calculations and theory to doing experiments. During his first year at Princeton, he was inspired to be a mathematical physicist and dreamed of one day creating a theorem.

During his first two years, he pursued theoretical research exclusively. But in his third year, he started working in the lab and doing some experiments. This became a turning point in his graduate education as he experienced the achievement of accompanying his theoretical modeling and simulations with experimental verification.

Fan said Stone gives his students a lot of freedom to explore ideas and choose their own research direction. Regardless of his choice, Fan is confident he will receive good guidance. “That’s really cool,” he said. “I can research whatever I want, but still [Professor Stone] can show me good direction.”

This openness extends to other faculty. “There are no boundaries to talking to a professor who is not your advisor,” Fan said. “The professors are very reachable and accessible.”

In his free time, Fan likes reading and collecting books. He goes to Princeton Public Library and especially enjoys the ongoing used book sale where he collects Western literature. He’s collected so many that he shares with his officemates who often informally check out books from Fan’s collection. Fan said he likes fiction because its subjective approach can fill gaps left as science, philosophy, theology, and other domains of study try to answer difficult questions. “That’s the beauty of fiction,” he said. “Because [fiction] doesn’t have any boundaries, it can cover them all.”

He has particularly enjoyed the Czech writer Milan Kundera and the Japanese writer Hajime Tanabe for their deep descriptions of thought and feelings from a Western perspective around political exile and other complex topics that are treated differently from Eastern traditions of storytelling that Fan previously experienced.

Besides reading, Fan likes to hang out with friends, some of whom he met by joining a large group chat for International students across many departments. His American roommate, for example, is from the Department of Geosciences.

Fan said the quiet environment and natural beautify of Princeton helps him to focus on his research without distractions. “It’s very soothing,” he said.