“I’m a Princeton Engineer because I want something better than x-ray vision.” 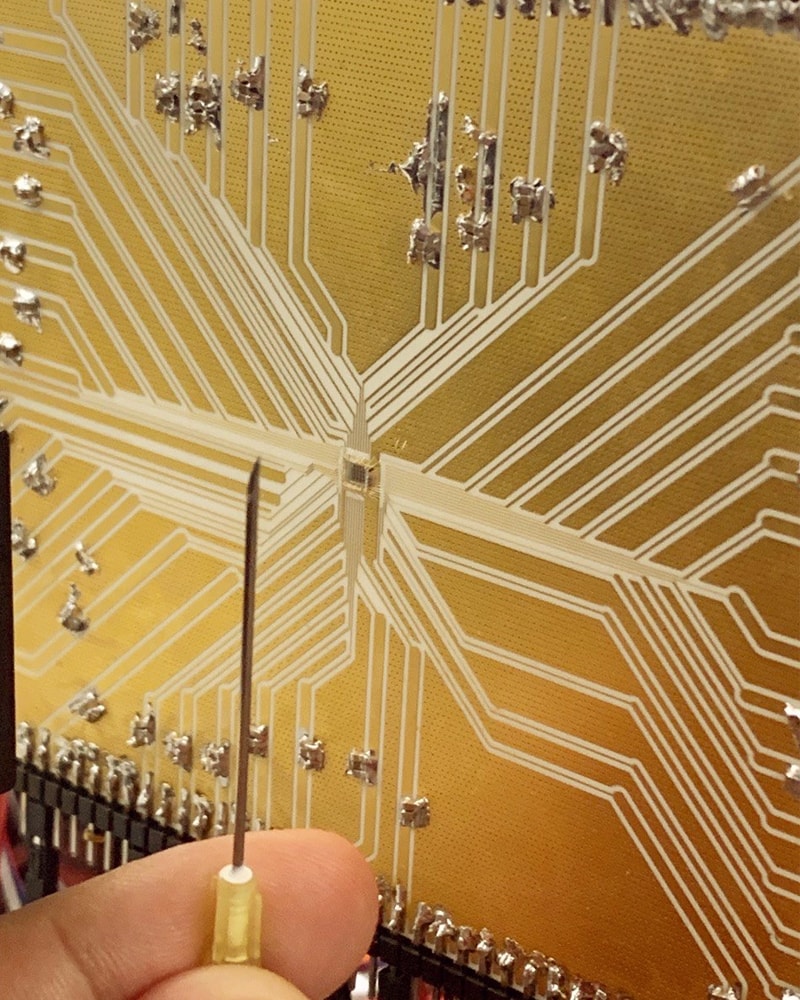 High-frequency imaging can detect needles on the millimeter scale, which make them useful for security scans and medical radiology.

Image courtesy of the researcher.

Hooman’s research is in the area of high-frequency circuit design. His most recent project looks at millimeter wave and terahertz signals. This range of frequencies has many uses, from optical to radio devices. These frequencies also pass through the human body without harm and without major loss of their high-resolution signals, making them useful in medical radiology and security scans like those used by Homeland Security. For medical imaging, these high-frequency devices are considered much safer than traditional x-rays and gamma rays for both the patients and radiologists

High-frequency circuits also are small, scalable, and economical to build. They can have much higher resolution than traditional lower-frequency technologies. For example, high-frequency imaging can detect objects such as the head of a needle, which is entirely undetectable by lower frequency imaging. This can have potentially life-saving applications in medicine helping to remove shrapnel or other foreign objects in the body with precision.

The challenge, though, is that these devices are inefficient in terms of power use. It takes a lot of energy to produce a signal, and it can decay fairly rapidly. So one of Hooman’s aims is to increase the efficiency of terahertz signals by using harmonics and other methods.

Hooman did a thorough search of schools throughout Europe, Canada, and the United States, applying to a dozen or so before deciding on Princeton. A big factor in moving Princeton to his short list was that the electrical engineering professor who ended up being his advisor, Kaushik Sengupta, worked with a prominent Iranian scholar at CalTech. 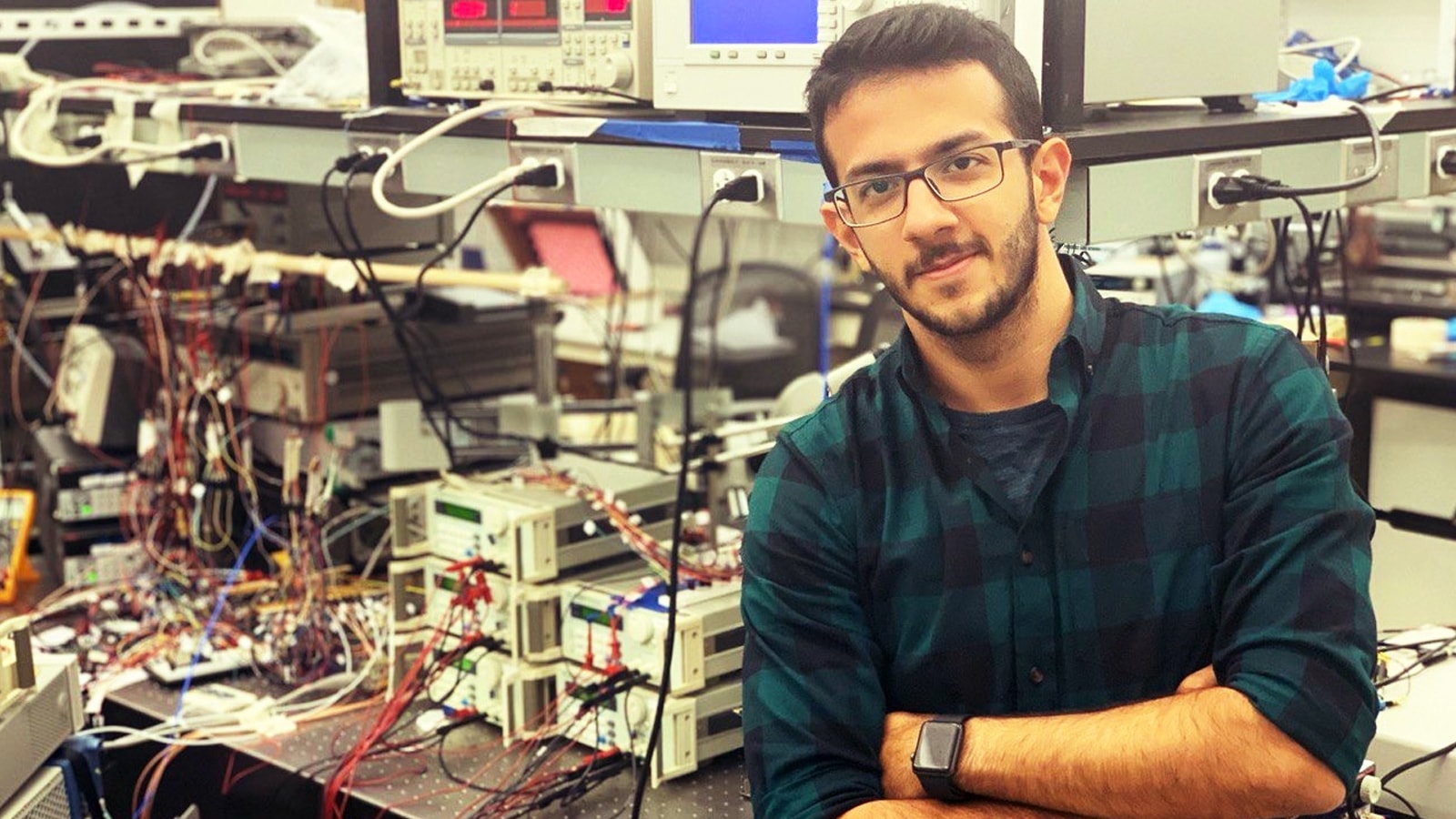 Hooman standing in the Integrated Micro-systems Research Lab (IMRL) where he pursues his research on intelligent, adaptive and secure millimeter-wave sensing communication systems. Image courtesy of the researcher.

Image courtesy of the researcher.

His final choice of an advisor grew from personal characteristics that matched well with his own personality. Professor Sengupta “was passionate, and super motivated,” says Hooman. “I didn’t want to work with someone who was passive […] I needed someone who would push me.”

Those reasons coupled with exciting research areas (e.g., high-frequency circuits) that were not readily available at other engineering programs, were the three major factors that led Hooman to a final selection of Princeton.

One piece of advice that he would like to provide to prospective students is to take advantage of the first-year fellowship for all Princeton engineering graduate students, which allows them to explore research areas and ensure that the area they chose is right for them. “You’re free in the first year,” Hooman said. “You really can choose your path. Talk to the senior students in your lab and get to know how your group and advisor operate and make sure it’s a good match for you.”

Hooman finds the work-life balance at Princeton to be very good. “One of the big pluses about Princeton,” he said, is that you can “do your work in peace.”

He appreciates that there are not many distractions or life complications that prevent doing good work, yet he finds opportunities to relax. While his lab is especially productive, he likes using travel as a reward after a deadline to motivate reaching his goals. Over the past two years, he has visited as many states in the U.S. as possible. 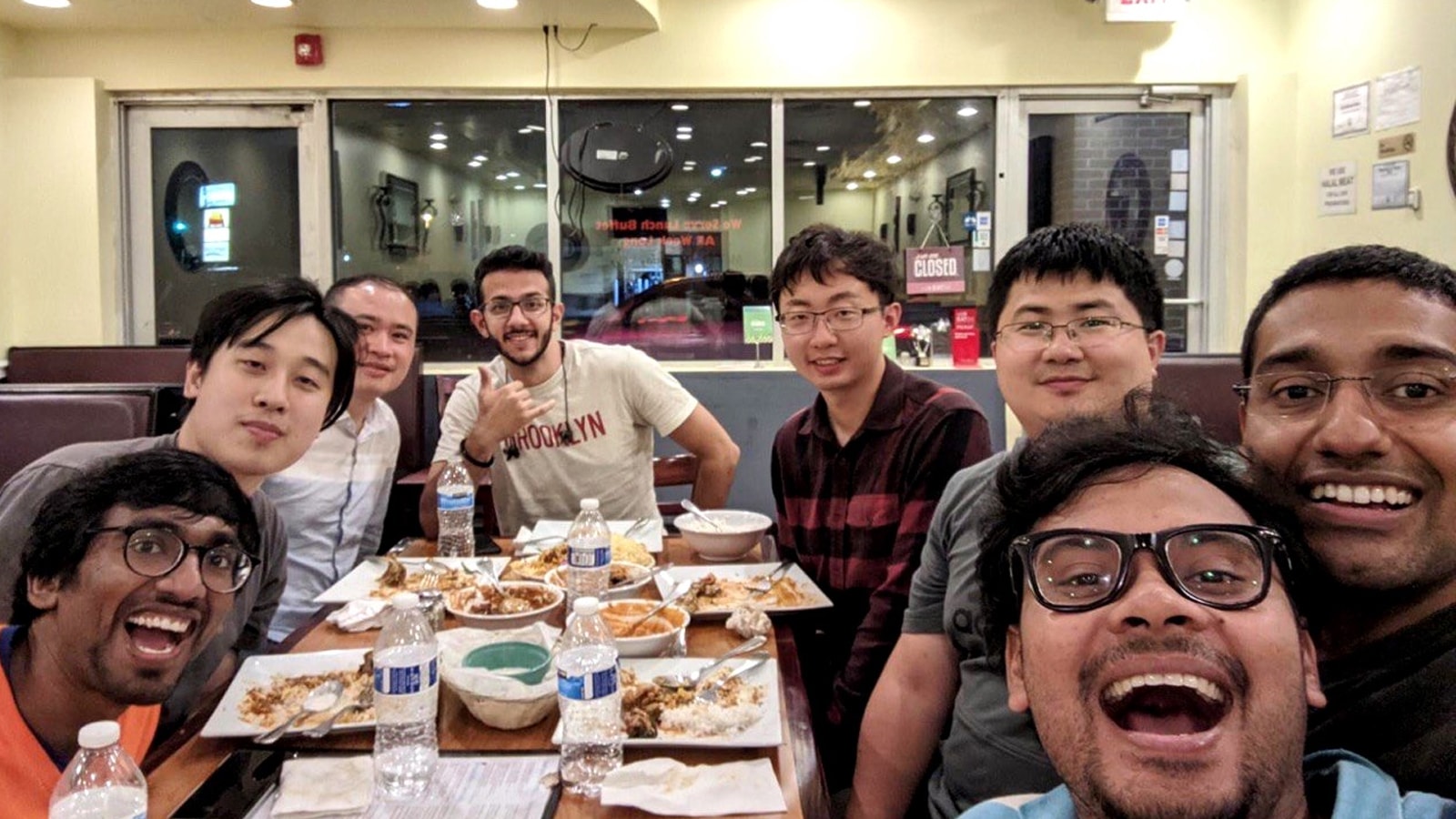 Finding downtime to recharge by socializing with friends and lab mates is an important part of graduate school for Hooman.

Prior to the COVID-19 pandemic, attending academic conferences with his group also allows him to travel while working. He feels that having a balanced approach to work and life makes him more productive, because it prevents burnout that can stifle creativity and motivation.

During the evenings, Hooman likes to play volleyball at Dillon gym on campus with friends he met during his first year living in the Graduate College. He also finds time to play musical instruments, such as the Iranian classical flute and the many pianos around the Princeton campus from the E-Quad to Frist Campus Center.

He’s glad that the graduate program allows him to enjoy a steady work-life balance, allowing him to be a well-rounded person through artistic expression, health and recreation, and a firm foundation of academic work.

His earliest memory of being fascinated by electronics was his Tamagotchi, a toy digital pet, which he found captivating and which helped him to see electronics as living entities.

Having grown up with two parents as radiologists, Hooman connects his early introduction to the medical field to his current research interests in high-resolution imaging.

High school, though, is where he says his interest in STEM really took off. He participated in the International Math Olympiad, which he credits for giving him a strong base in math and solidifying his personal interest and self-motivation for learning.

At Sharif University of Technology in Iran, Hooman chose electrical engineering because he “didn’t just want to do math” and “wanted to see some practical application out of it,” since helping people was important to him.