On Sept. 27, Princeton Engineering hosted a historic conversation with Robert Kahn ’64, who is widely considered one of the fathers of the Internet. Kahn spoke with Larry Peterson, the chairman of Princeton’s computer science department and the newly named Robert E. Kahn Professor. 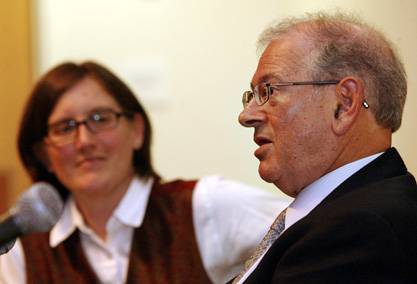 During the conversation, which was moderated by Jennifer Rexford, professor of computer science, Kahn reflected on the Internet’s past and contemplated the challenges it faces in the future.

Kahn said that dozens of people could claim some sort of paternity to the Internet. “The Internet could not have happened without people from all over the globe contributing to it,” he said. 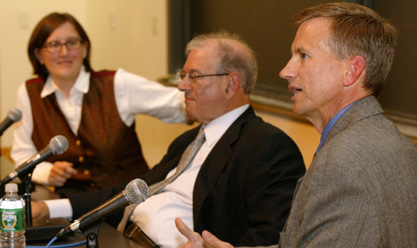 On the other hand, he noted, one reason that the Internet came into being was that few people cared about it or even imagined it was possible.

“The microcomputer hadn’t been introduced yet,” recalled Kahn. “There were no PCs as we now know them. Therefore they had no [networks] to connect the computers they didn’t have.”

Kahn formulated the concept of open-architecture networking at the Defense Advanced Research Projects Agency, the central research and development organization of the Department of Defense. Kahn started an ambitious new program at DARPA to implement the program. “Since I controlled the resources in that particular office, we were under the radar,” he said. “We were very fortunate to be at a place and time when the technology allowed this to happen, we had the resources, and nobody cared.”

By contrast, he said, the Internet today is so intrinsically interwoven into the politics and economics of society, that attempts to change it will be fraught with challenges. 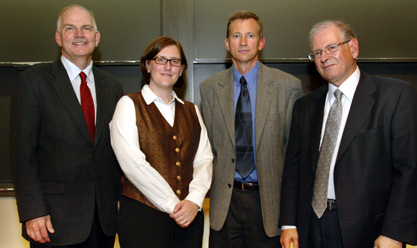 Kahn likened the effort to “changing the wings and the engines on a flying aircraft without being able to ever land it.”

Kahn noted that at the birth of the Internet the business and the research communities had closely aligned perspectives. Their interests, however, have drifted further and further apart over time, he said, so it is uncertain how they will dovetail in the future.

“Just how will the research community, where all of the really innovative ideas come from, influence the future of the Internet?” asked Kahn. “That,” he said, “is one of the more interesting problems of our time.”