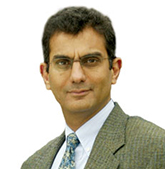 As I was reading a bold new report* from the Millennium Project on the future of engineering, I was struck in particular by one of the report’s far-reaching recommendations: that the academic discipline of engineering should be included in the liberal arts canon for all students in the 21st century.

This is a sentiment that Princeton, perhaps more than any other liberal arts institution, has truly embraced – and put into practice. As our lives and our world become increasingly technologically sophisticated, Princeton Engineering’s tradition of engaging with other disciplines within the University, and with society at large, is becoming ever more vital.

Princeton’s Keller Center for Innovation in Engineering Education is charged with building the bridges and byways that enable us to cross traditional disciplinary boundaries. The Keller Center, which was recently endowed with an exceptionally generous gift of $25 million from Dennis J. Keller and Constance Templeton Keller, develops initiatives that are beyond the scope or resources of a single engineering department.

One centerpiece of this mandate is to ensure that all students at Princeton gain a clear appreciation of technology and the social and political forces that shape it. The Keller Center already is raising engineering’s visibility within the campus curriculum by offering cutting-edge courses with broad appeal, taught by exceptional teachers.

Engaging non-engineers is essential, but it is just as important for engineering students to work in a multidisciplinary environment and understand the social and political context of the technologies that they develop. Once they graduate, our students grapple with some of the most pressing issues our planet faces: the need for new energy sources, the threat of epidemics, and the uncertainties of climate change. Technology can help solve these problems, but not by itself. Our collective future depends upon a citizenry capable of understanding technology from different points of view-and thereby capable of recognizing both its perils and its promise.

In many ways, the valedictorian and the salutatorian of Princeton’s Class of 2008 embody what the Keller Center hopes to achieve on a larger scale. Valedictorian Zachary Squire was a classics major, yet he spent last summer as a researcher in the Center for Mid-Infrared Technologies for Health and the Environment (MIRTHE). While at MIRTHE, he investigated possible applications of quantum cascade lasers and studied the interaction of scientists and policymakers. 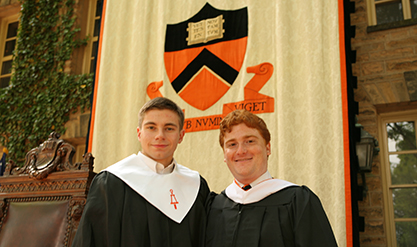 The Class of ’08 salutatorian was James Morrison, a chemical engineering major whom Vice Dean Pablo Debenedetti describes as one of the best undergraduates he has had the privilege of teaching during his 23-year career at Princeton. Morrison excelled in his major yet also took classes in a dozen other departments and programs. Among his nonengineering courses: a class on the Latin lyric poems of Horace.

While learning the fundamentals of their field – regardless of what that field is – Princeton students learn to be original and expansive thinkers, to take risks, to give back to society. As President Shirley Tilghman said at the ’08 graduation exercises, Princeton graduates must be prepared not only to adapt to change, but to also provide leadership for change.

To that end, the Keller Center and the School of Engineering support and encourage engineering and non-engineering students alike to engage in a wide range of technologically inspired endeavors: retrofitting houses to be energy-efficient, conserving works of art, improving air and water quality, devising efficient ways to distribute vaccines. I think you will be amazed-as I am-at the extraordinary breadth and reach of the courses and extracurricular projects Princeton students take part in. I hope you will enjoy, and be inspired by, the stories that follow.

* “Engineering for a Changing World” published Dec. 12, 2007 by the Millennium Project of the University of Michigan.