Responding to the need for more women in theoretical computer science, Princeton University hosted the Women in Theory Workshop from June 14 to 18 to bring together female graduate students and leading researchers in the field. 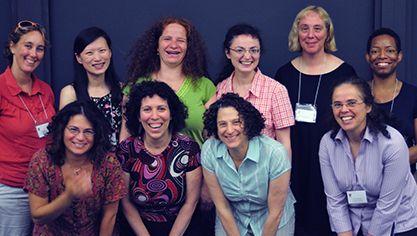 Women currently author fewer than 10 percent of the peer-reviewed articles on theoretical computer science and the numbers of women in the field are dwindling, according to workshop organizer Tal Rabin, a cryptographer at IBM Research.

Some 50 graduate students from institutions in the United States, Canada, Israel and India participated in the workshop. The event was chaired by Rabin and co-chaired by computer science professors Boaz Barak and Moses Charikar at Princeton’s School of Engineering and Applied Science. 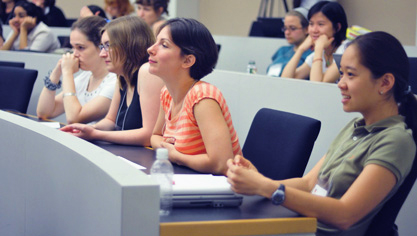 “In any given place there are very few women in theoretical computer science, including at conferences,” Charikar said. “We wanted to help women graduate students feel part of a larger community and give them the opportunity to talk to other students and women leaders about research as well as problems that arise for women in a male-dominated field.”

Throughout the four-day workshop, participants attended a series of technical talks on a variety of research areas in theoretical computer science. Guest speakers included Cynthia Dwork of Microsoft Research; Joan Feigenbaum of Yale University; Shafi Goldwasser of the Massachusetts Institute of Technology and the Weizmann Institute; and Eva Tardos of Cornell University. 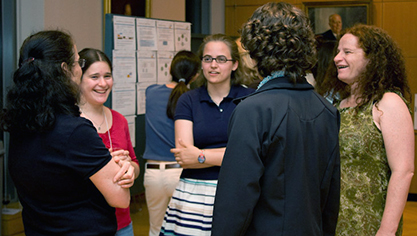 “Globally, there are very few women in the field, and there doesn’t seem to be a good reason for this,” Barak said. “It may be a self-perpetuating problem — women in theory don’t encounter others very often to serve as mentors or collaborators.”

To address this issue, the workshop included panel discussions and presentations on issues ranging from work/life balance to presentation skills. Attendees also were invited to participate in a new mentoring program to unite graduate students with women researchers in their particular area of interest. 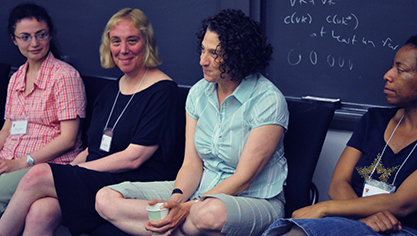 During the work/life balance panel discussion, the experts and audience members discussed the need for women-focused events such as the Women In Theory Workshop and the ways participants benefit from attending.

Irit Dinur, a young professor at the Weizmann Institute, told the audience that when she herself was a graduate student, she did not necessarily appreciate the need for events directed at women in computer science. 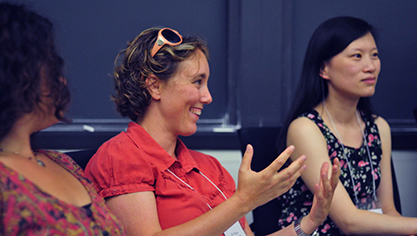 “But, today, I can see that there are issues for women in computer science, and one source of support for me is female peers,” she said. “It’s very possible you can meet these peers at workshops like this one.”

This was one of the most attractive aspects of the workshop for Sarah Zatko, a graduate student at Boston University. 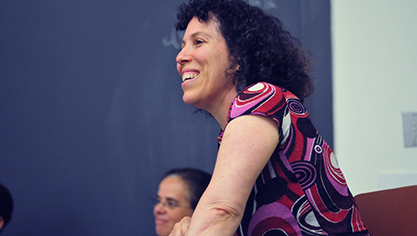 “This is great way to build a network of women in theory and make collaborations for the future,” she said. “At the same time, it’s also a terrific opportunity to have overviews of different research areas to help give people an idea of the possible areas they can work in.”

In addition to Princeton, the workshop was supported by the Committee on the Status of Women in Computing Research (CRA-W), the Toyota Technological Institute, D.E. Shaw & Co., IBM, the National Science Foundation and Microsoft.