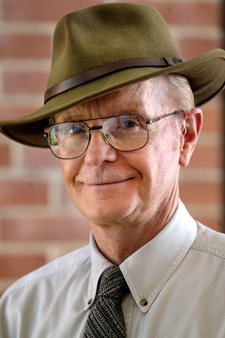 The University of Ulm in Germany awarded an honorary doctorate to Marlan Scully, professor of mechanical and aerospace engineering, for his pioneering work in laser physics and quantum optics.

Scully, who also directs the Institute for Quantum Studies at Texas A&M University, has made major contributions to the fundamental theories of quantum mechanics, while also using that understanding to engineer lasers and other devices with unprecedented performance. With collaborator Willis Lamb, Scully proposed the first quantum theory of the laser, which explains laser performance at the quantum level. He recently developed a laser-based system for detecting toxins such as anthrax very rapidly and from a long distance.

The University of Ulm’s Institute for Quantum Physics awarded the honorary degree to Scully during a symposium titled “Quantum Coherence Effects” held in his honor Feb. 11 and 12.