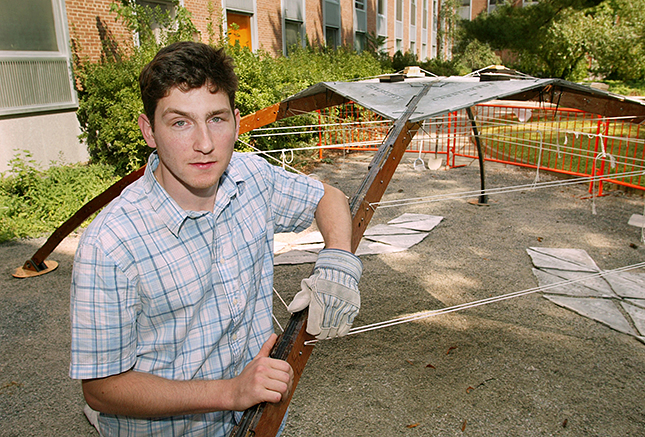 Serguei Bagrianski (above) assembled a prototype dome to test a new type of concrete in the EQuad courtyard last fall. Bagrianski, who is pursuing a master’s degree in architecture after receiving his master’s in civil engineering, is testing shapes that would allow builders to use fiber-reinforced concrete to construct structural shells. If he is successful, the technique would be cheaper than using steel for domes and it would result in a segmented appearance for the shell. “It looks like a mosaic,” said Bagrianski. who is a student of Sigrid Adriaenssens, assistant professor of civil and environmental engineering.

Despite the works of past structural artists Pier Luigi Nervi, Félix Candela, and Heinz Isler, concrete shells have declined in popularity over the last several decades, largely because of the labor cost associated with erecting “falsework,” the elaborate wood structure onto which the concrete was poured. Bagrianski’s fiber-reinforced concrete is precast, eliminating the need for falsework. 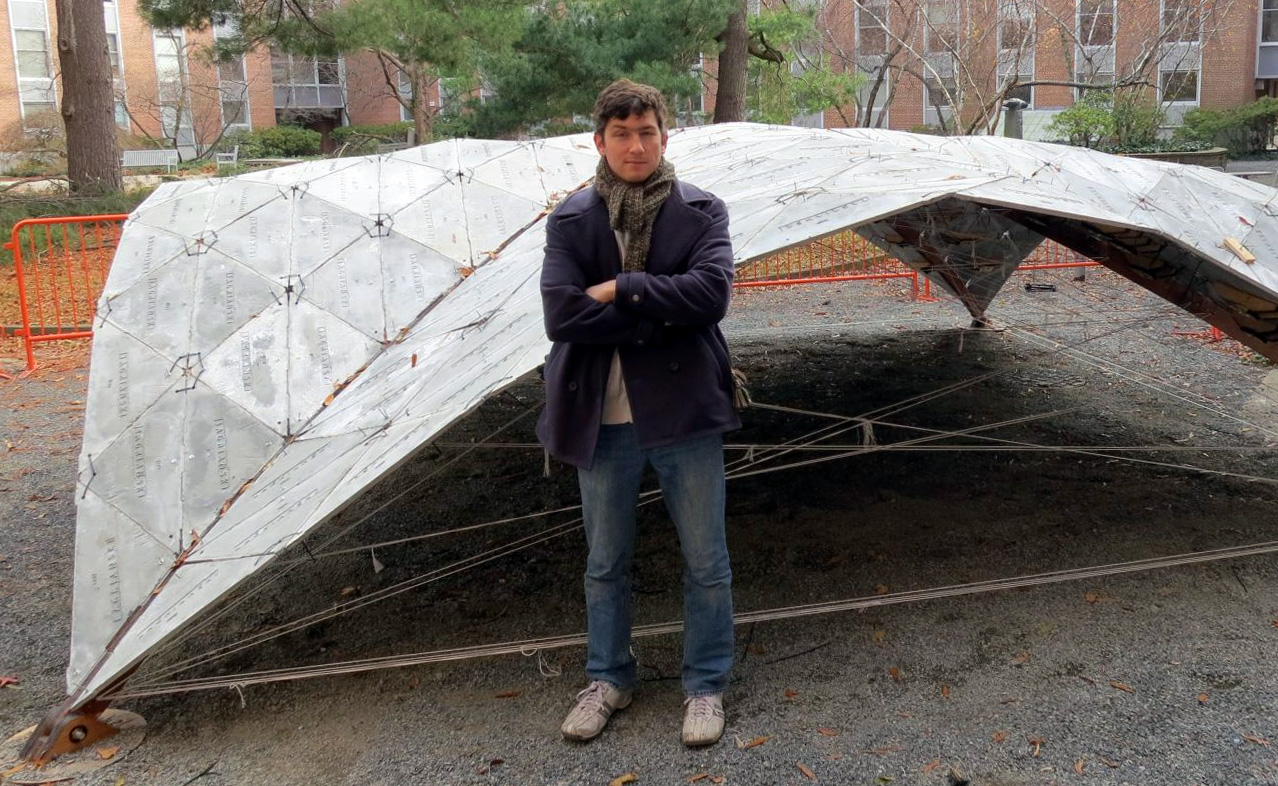