Five graduate students breaking ground in areas of computer science, such as online security, network performance and computer graphics, have been named Siebel scholars in recognition of excellence in research.

The Siebel Scholars program is a national initiative funded by the Thomas and Stacey Siebel Foundation to recognize the most talented students in bioengineering, business, and computer science. Students selected for the program receive not only scholarships but also lifelong membership in the network of Siebel Scholars, who meet regularly to discuss current work across a range of fields.

Siebel scholars selected for 2014 include: 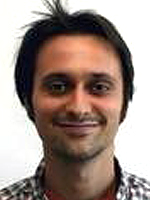 Nick Johnson is a Ph.D. student working with Professor David August in the Liberty Research Group. Johnson’s research interests include profiling, analysis, transformation and runtime systems for speculative automatic parallelization of general purpose, sequential source codes. He received his bachelor’s degree in computer engineering with a minor in applied mathematics from the University of Virginia in 2005. Johnson applied his engineering skills at a few start-ups, providing electronic and firmware design for industrial controls, custom application development for handheld platforms, and scalability improvements in the infrastructure of a mobile messaging company. He has interned with the Rigorous Software Engineering group at Microsoft Research India. 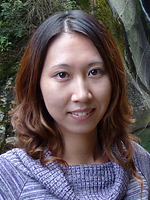 Jingwan Lu is a fifth year PhD student working with Prof. Adam Finkelstein in the Princeton Graphics Group. She received her B.S. in computer science and mathematics from Hong Kong University of Science and Technology, for which she spent her junior year at the University of Pennsylvania. Lu’s current research interests include non-photorealistic rendering, interactive rendering systems, digital art creation techniques, and data-driven applications. She has presented her work at various international conferences, including SIGGRAPH and ID3. Lu served as a research intern for four terms at Adobe Systems Advanced Technology Lab. Her more recent work with Adobe on digital painting is being commercialized into Adobe Photoshop. She was awarded the Google Research Fellowship in Artistic Graphics for 2012-2014. 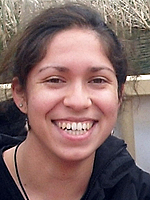 Marcela Melara is a second year MSE student. Her research interests are in security, applied cryptography, networks and systems. Co-advised by Professors Edward Felten and Michael Freedman, she is currently working on developing a secure online identity certification system for untrusted webmail services. Melara graduated with highest honors from Hobart and William Smith College (HWS) with a B.S. in computer science and French, and a minor in physics. As an undergraduate, she worked two summers as a research assistant, focusing on different computer science research projects in systems. She also held several teaching assistant positions at HWS. Melara is from Miami, but grew up in a small town near Munich, Germany. She attended school there through grade 11, before moving back to Florida. 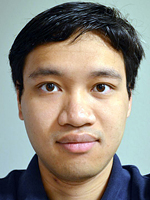 Huy Le Nguyen is a graduate student advised by Professor Moses Charikar. Before attending Princeton, he received his bachelor’s degrees in computer science and mathematics, and MSE in computer science, all from MIT. His research has focused on algorithms for large datasets, including dimensionality reduction methods, approximate nearest neighbor search, and fast numerical linear algebra algorithms. Also interested in other areas of theoretical computer science, Nguyen has worked on online algorithms, natural algorithms, and data structure lower bounds. During his time at Princeton, he has interned at Microsoft Research Silicon Valley, Microsoft Research New England, and IBM Research Almaden. 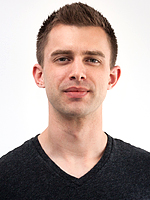 Cole Schlesinger recognizes that providing safe, secure and reliable digital communication is a critical global issue. As part of his Ph.D. research at Princeton with Professor David Walker, Schlesinger designs tools and programming languages to make building networks safer and easier. His work draws on formal programming languages theory, including operational semantics, algebra, and logic, to provide strong properties about the resulting systems. Schlesinger has developed new techniques for safely updating enterprise and datacenter networks and new theories for reasoning about how collections of network devices behave. His work on network programming languages is the most recent of several projects focused on applying formal methods to improving the security and reliability of real systems. Cole graduated with honors from Ithaca College with a B.S. in both computer science and television-radio. Prior to arriving at Princeton, Cole worked at GrammaTech, Inc., where he helped develop tools to boost the reliability of software on the Mars Curiosity Rover.