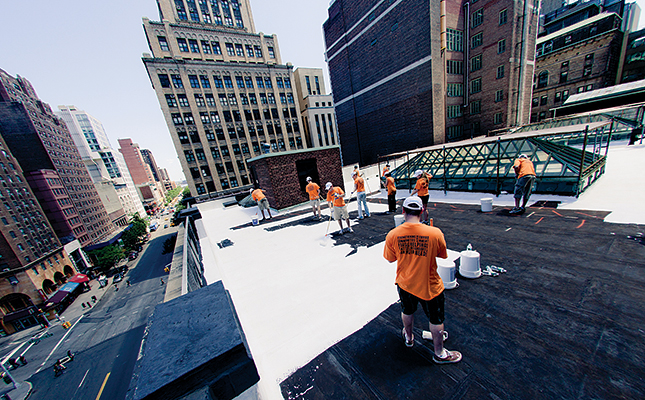 You don’t need a scientist to tell you that Manhattan gets brutally hot in the summer. But it helps to have one if you intend to do something about it.

For the past year, Elie Bou-Zeid and his co-researchers at the Princeton Plasma Physics Laboratory and at Columbia University have been working with New York City officials to find ways to cool the city in the heat of the summer. The city has multiple interests in urban heating. For one, air conditioning use sends electricity demand skyrocketing in sweltering summer months, straining the electric grid and vastly increasing the city’s carbon emissions. The heat also poses a danger to some of New York’s most vulnerable residents. 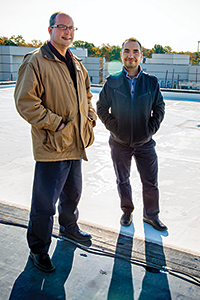 “Heat waves are among the deadliest natural disasters, particularly in cities,” said Bou-Zeid, an assistant professor of civil and environmental engineering at Princeton. “Finding effective methods to mitigate their effects is not only an important environmental issue, it is also a public-health issue.”

The ultimate goal, Bou-Zeid said, “is to cool New York City by one degree.”

In absolute terms, it might not seem like much. But even a small drop can have outsized effects. Research indicates that each degree of increased temperature in a heat wave increases mortality risk by 4.5 percent. Thomas Matte, an assistant commissioner of the city Health Department, said that lowering the temperature even slightly could mean the difference between life and death.

“There is a steeply rising relationship between ambient temperature and mortality,” he said. “Each additional degree of temperature increases the risk in a significant way across the population.”

Sweltering summers in the city have been the subject of popular songs and movies, but they are also a scientific fact. In a recent study, Bou-Zeid and Dan Li, a doctoral student, found that environmental factors such as low evaporation and heat-retaining surfaces in urban areas markedly increase temperatures within cities. Bou-Zeid and Li published their results in the September 2013 Journal of Applied Meteorology and Climatology of the American Meteorological Society.

Cities already tend to be hotter than their surroundings, an effect that scientists term the urban heat island, and Bou-Zeid found that this difference is exacerbated during periods of high temperatures. Working mainly in Baltimore, the researchers found that the hot, still air of heat waves was less susceptible to cooling over city concrete than rural fields.

Li likens a city’s parks and vegetation to a body’s sweat glands. Evaporation is a major way for cities to lose excess heat, which is why Central Park tends to feel cooler than the surrounding streets in the middle of August. (The reservoir plays much less of a role than the trees, Bou-Zeid says.) The second major contributing factor to city heat is that city building materials – brick, concrete, asphalt – tend to be good at trapping heat and bad at reflecting sunlight.

“Reflective roofs can also be very effective,” Li said. “But their mechanism is in reducing the heat stored in a city.”

In the past few years, New York has launched a major effort focused on buildings’ surface materials. The Cool Roofs program, which is in its fourth year, coats about 1 million square feet of roof space each year with white reflective paint. Wendy Dessy, the program coordinator, said the goal is to lower temperatures inside the buildings in hot summer months. 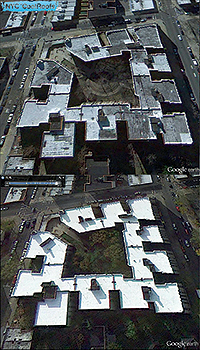 Bou-Zeid and Keith Rule, a senior project engineer at the Princeton Plasma Physics Lab, recently led a team of researchers who evaluated the effectiveness of reflective roof coatings. In experiments at the Plasma Physics Lab’s Plainsboro site, the researchers found that the white coatings now being used in New York effectively reduce building temperatures and electricity consumption for cooling. For some structures, the drop can be dramatic, although the impact is much less for well-insulated roofs.

In the most recent project, Bou-Zeid, Rule and Stuart Gaffin, of Columbia University, plan to measure the effectiveness and durability of the roof coatings at several sites in New York. As part of the project, the researchers will use special cameras to monitor coatings at buildings in various boroughs of New York City.

In the big picture, Bou-Zeid said, the reflective coatings can make a big difference not only for building residents, but also for people across the city. Based on previous simulation results for Baltimore, he estimated that dropping New York’s temperature is a reasonable goal.

“The cool-roof coatings can reduce air temperature over a city by one degree Celsius and surface temperatures by about five degrees,” he said. “This is already a significant improvement and is worth doing since it is a relatively easy measure that can also reduce cooling-energy consumption. If you add more vegetation it will certainly improve the city’s microclimate even more, and the impact depends on the scale of addition of new vegetation.”