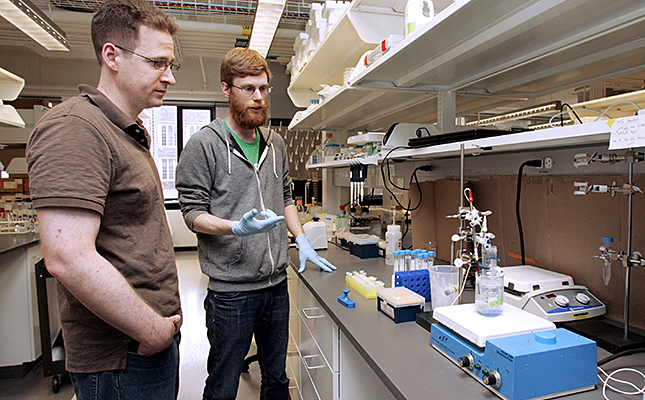 Modern medicine, from cardiac surgery to chemotherapy, rests on a foundation of reliable antibiotics. But health authorities around the world warn that the effectiveness of antibiotics is under increasing threat from resistant bacteria. Mark Brynildsen, an assistant professor of chemical and biological engineering, is seeking solutions to this problem through new ways to combat dangerous bacteria. Researchers in his lab are combining several approaches: disrupting bacteria’s ability to infect people; unravelling bacteria’s ability to survive anti-biotics and other forms of stress; and preventing formations called biofilms, which some bacteria use to protect themselves from outside threats such as antibiotics. The lab is also pursuing fundamental research into the interaction between bacteria and their hosts. “Antibiotics work anywhere they come in contact with bacteria, which means pressure to develop resistance occurs both within sick people and outside in the environment,” Brynildsen said. “To prevent illness, we only need agents that are effective against infections in the host, which is a more targeted approach with a potentially longer time of effective use than conventional antibiotics.”