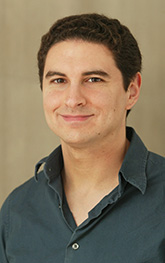 The National Institutes of Health has awarded a $2.43 million grant to Princeton engineer Michael McAlpine, to investigate new ways to interweave electronic and biological materials to ultimately produce bionic organs for a range of scientific and biomedical applications.

McAlpine was one of 49 researchers selected by the NIH as “New Innovators” – investigators who completed their formal training within the last 10 years and are pursuing “unusually innovative research.” The award is part of a broader “High-Risk, High-Reward” grant-making program that spans all divisions of the NIH.

“Supporting innovative investigators with the potential to transform scientific fields is a critical element of our mission,”‘ NIH Director Francis S. Collins said in a news release. “This program allows researchers to propose highly creative research projects across a broad range of biomedical and behavioral research areas that involve inherent risk but have the potential to lead to dramatic breakthroughs.”

McAlpine, an assistant professor of mechanical and aerospace engineering, built his proposal on previous work, including his development of an ear that was created by a 3D printer which combined cartilage and embedded electronics to a functioning, “living” ear that received radio signals. In his new work, McAlpine intends to more broadly investigate biomedical applications of interweaving biology with electronics in three dimensions.

“The development of tissues and organs which contain integrated electronic functionality could impact areas ranging from regenerative medicine, to smart prosthetics,” McAlpine wrote.